Prime Minister Prayut Chan-o-cha flashes an 'I Love You' sign to well-wishers in front of his hotel in Paris on Saturday. (Royal Thai Government photo)

Executives of Thai Airways International and Airbus have signed an agreement to jointly invest in an Airbus maintenance centre at U-Tapao airport at a ceremony witnessed by Prime Minister Prayut Chan-o-cha in Toulouse, France.

The value of the joint venture was not revealed but an earlier report in mid-December said the hub would cost 11 billion baht, of which 7 billion will come from the Royal Thai Navy budget, while the THAI-Airbus joint venture will invest the rest.

Mrs Ussanee said the maintenance, repair and overhaul (MRO) centre, part of the Eastern Economic Corridor, would be the most advanced in Asia Pacific and one of the most efficient in the world.

“The new facility will provide services including heavy maintenance and line maintenance for all types of widebody aircraft,” she said.

Gen Prayut said he hoped to see the centre operational in 2022.

The prime minister kicked off his mission in France on Friday with a talk with Guillaume Faury, the head of Airbus's commercial aircraft unit.

He also inspected a model of the MRO centre and visited the production line for A380 parts.

Arriving in Paris on Saturday, the prime minister was greeted by Thais, some of whom said they wanted him to remain as prime minister for a long time.

“If you return to Thailand, you might not recognise it. Thailand will develop beyond recognition because of the EEC,” he told the crowd while giving them an "I love you" sign. 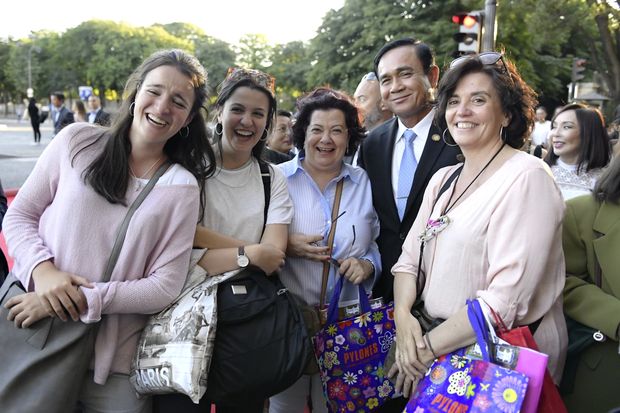 Prime Minister Prayut Chan-o-cha poses for a photo in front of his hotel in Paris. (Royal Thai Government photo) 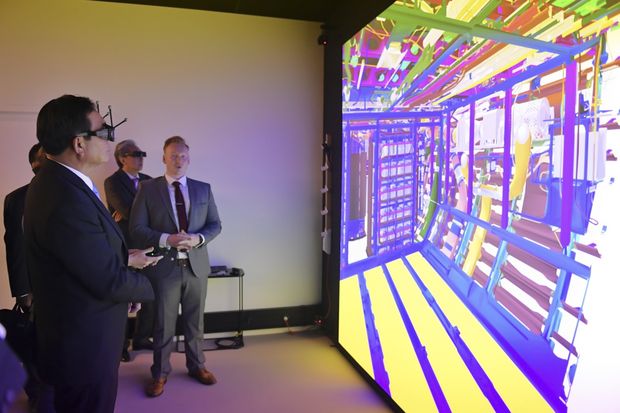 Gen Prayut inspects a virtual model of the maintenance, repair and overhaul centre to be built at U-Tapao. (Royal Thai Government photo)