CHIANG MAI: A Japanese businessman missing for four days was found dead inside his car in the parking lot of a massage parlour in Muang district on Wednesday.

A locksmith was called in to open the locked car door. The Japanese man was dead in the driver’s seat.

Police said he had been dead 3 or 4 days going by the state of the body, Thai media reported.

Pol Col Piyaphan Pattharapongsin, deputy chief of Chiang Mai police, said the man had lived in Thailand for about 40 years. His Thai wife died six years ago and he lived alone in the house. He had no personal conflict with anyone.

His body was sent to Chiang Mai Hospital for post-mortem examination to help police handing the case determine the cause of death.

The inititial investigation was focusing on two possibilities - sudden death while sleeping inside the vehicle and murder. They were awaiting the autopsy results.

The police were advising the Japanese embassy of his death. 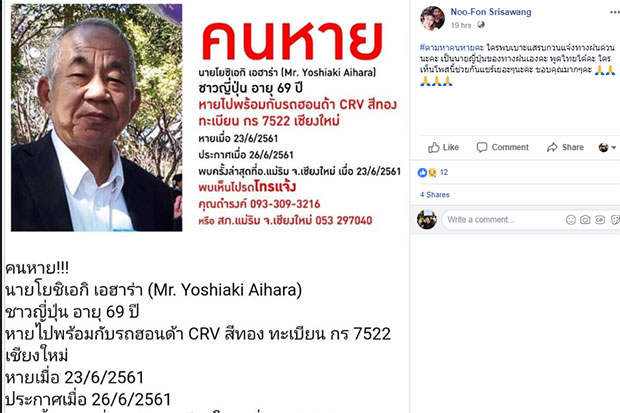