Why cave search is so tricky
Thailand
General

Why cave search is so tricky

Teams are using the latest technology to survey a nearby creek. Photos and video by Patipat Janthong

A team of Thai football players --12 boys aged 11-16 and their coach -- have been missing inside a flooded cave in the country's far north since Saturday. Rescuers led by elite navy divers have found signs of the boys inside but have been unable to locate them. Here's a look at what's complicating the search:

Tham Luang Nang Non cave in Chiang Rai province has an impressive entrance area that is easily walkable and has become a tourist attraction.

The entire cave is much larger and far more inaccessible. The complex stretches for up to 10 kilometres, much of it a string of narrow passageways that lead to wide chambers and then back to narrow passageways. There are several changes in elevation along the way.

It is thought that the boys and their coach went inside and got trapped when the cave flooded in heavy rain. The cave is known to flood during Thailand's rainy season from June to November.

Some of the boys' belongings have been found in chambers farther back from the entrance and it is believed the boys have gone deeper into the cave to seek dry ground.

NO ROOM TO MANOEUVRE

Quite simply, flooding and tight spaces are hampering efforts. Divers are trying to make their way through narrow flooded passageways often with little visibility.

Interior Minister Anupong Paojinda said: "Divers are in dark areas that are not flat and there's mud and rocks everywhere. Therefore, for the Seal team that's there, when they dive, sometimes one tank can only go as far as 30 metres and they have to turn back.''

Because of the limited space, slow going and danger of the dive, authorities don't want divers going through long passageways that are completely filled with water. The want divers to be able to surface for oxygen should they need to.

According to Anmar Mirza, national coordinator of the National Cave Rescue Commission in the US and editor of the book Manual of US Cave Rescue Techniques, in a situation like this there are likely only two things that can be done: pump the water down and search for alternative entrances.

Thai authorities have been doing both, but pumping efforts have been frustrated by incessant rain and the search for other entrances have so far been dead ends. Mr Mirza said if there was a high-quality map, drilling could be a possibility, but it is extremely difficult for a number of reasons, especially in mountainous terrain, and could also take days to weeks.

Thai officials have said that they are considering drilling and are hopeful that limestone will be easier to drill through than some other types of rock.

Mr Mirza said there is "no current technology that can sense people deep underground, or even more than a few feet underground, nor is such technology likely to be developed in the near to middle future''.

According to Mr Mirza, the boys' age and health are to their advantage and if the cave is not too cold, they should be able to survive four to five days with no water and a month or more with water but no food.

"The biggest concern is them getting desperate and trying to enter swift moving water,'' he said. Authorities have said the cave is warm enough inside that hypothermia should not be an issue.

BRINGING THE BOYS OUT

Thai authorities have said even if the boys are found, getting them out could take some time and could even require them to learn the basics of scuba due to the flooding.

Mr Mirza said that while such decisions are best left to a dive-master on site, in general it is dangerous to take untrained divers through flooded cave passages even for short distances.

He said the safest course of action may be to provide them with food and other supplies where they are and wait for the water to go down or to create another entrance, even if that could take weeks or months. 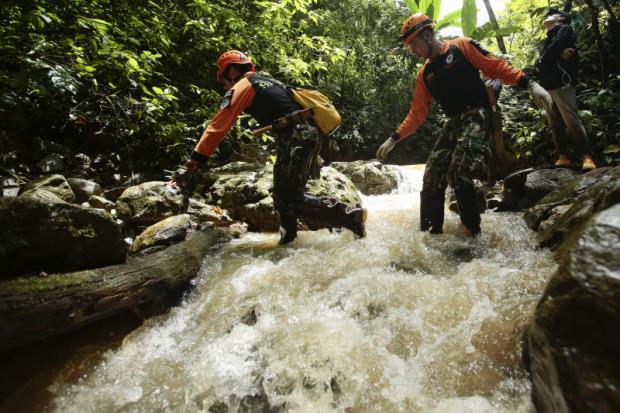 Authorities inspect an area along a watercourse near Pha Mee village, located near the Tham Luang cave complex in Chiang Rai's Mai Sai district, as they search for 12 young footballers and their coach who have been missing since Saturday. 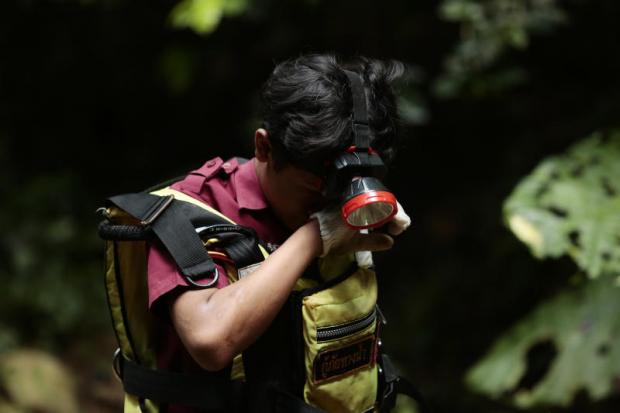 A rescuer wipes away sweat while surveying an area to the right of the cave complex Thursday. 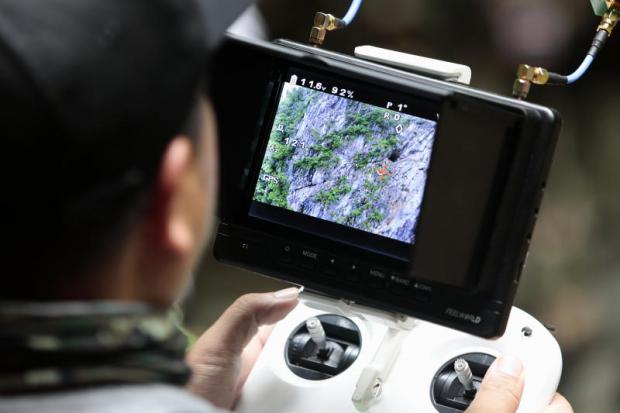 An official controls the drone as it feeds back footage. 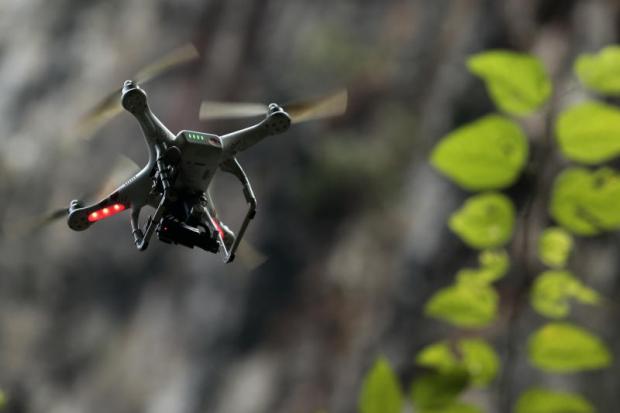 A drone is dispatched to survey the cave and locate shafts leading down into it. 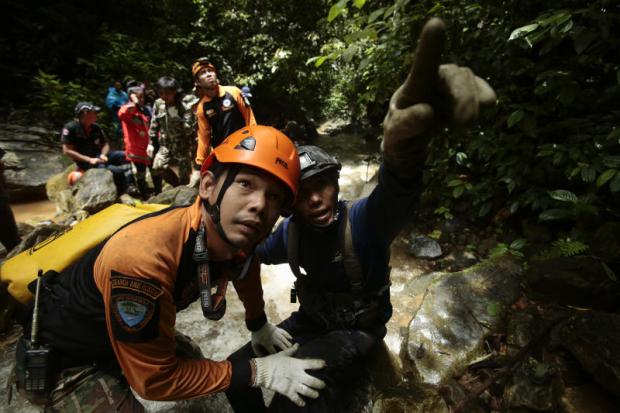 A man surveying a creek near the cave gestures to his teammate. 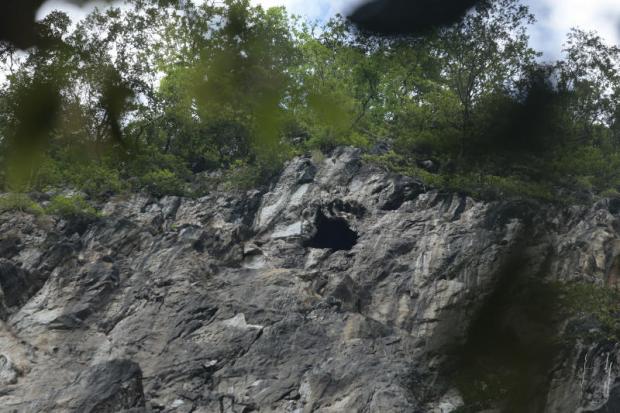 A still from footage captured by a drone used to hunt for shafts that could be possible entry points into the cave complex.