Meeting with regime leaves parties none the wiser over when election will take place - Thaksin's bash for Yingluck tells Pheu Thai that he's still in the game - As former ruling party bleeds ex-MPs, its fugitive leader steps out of the shadows

The highly anticipated first meeting between the National Council for Peace and Order (NCPO) and political parties was expected to see fiery rhetoric exchanged over the preparations for next year's poll. 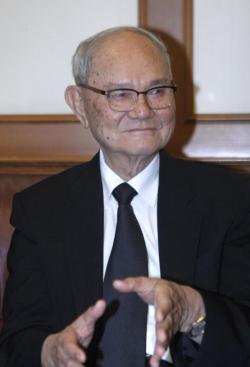 However, the session ended on a generally agreeable note with many parties expressing their satisfaction with the talks with the regime. Some observers said the amicability was attributed to the two anti-regime parties, Pheu Thai and Future Forward, having declined the invitation to attend.

The Democrat Party, which was represented at the meeting, also came away with positive feedback.

Political sources said the meeting may have looked uneventful from the outside. But it also highlighted the parties' covert frustration over the regime's lack of decisiveness on the exact date of the election.

So far, the NCPO has stuck to the February timeframe and that has been the clearest piece of information the regime has given regarding the timing of the poll.

The ongoing vagueness compelled the parties at the meeting to take matters into their own hands; they stood up and handed the NCPO a suggestion that the poll should be held on the last Sunday of February next year.

The parties argued they did not pull the date out of thin air. They cited the customary practice of setting the poll date on a Sunday, and said it would be realistic to pick the last Sunday in February to allow the organisers and parties as much time as possible to get ready.

However, the Election Commission (EC) has hinted at the possibility of the deadline being extended beyond February. It tentatively said the date may be set for any last Sunday of a subsequent month before May 5, when the 150-day deadline for organising the poll expires. But the sources said fixing the date was the easy part. Many impediments lie in its way with the primary vote posing as a major stumbling block.

Constitution Drafting Committee (CDC) chairman Meechai Ruchupan, architect of the current charter, has suggested that in the several months leading to the poll, if indeed it is held in February, preparations would likely take on a frantic twist due to the primaries.

Individual parties sponsor their own primary vote, where their registered members choose potential MP candidates. The list of candidates will then be presented to the respective parties' executive boards to choose the candidates who will contest the poll.

Mr Meechai indicated that while he understood the frustration of political parties over the election timing, the EC might be pressed for time to meet a February deadline.

He maintained the CDC did not stipulate the primary vote be used as a method to pre-screen MP candidates. The stipulation was added to the organic bill on political parties by the National Legislative Assembly.

There were also discussions during this week's meeting about cancelling or scaling back the primary voting system in a bid to give the parties more room to breathe before the poll and alleviate political tension.

However, the legal expert pointed out that with or without the primaries, there must be a system in place that precedes the election that involves public participation in the selection of MP candidates.

Political experts agree there can be no cutting corners when it comes to factoring in public participation in the crucial decision-making by political parties as that principle is enshrined in the constitution. 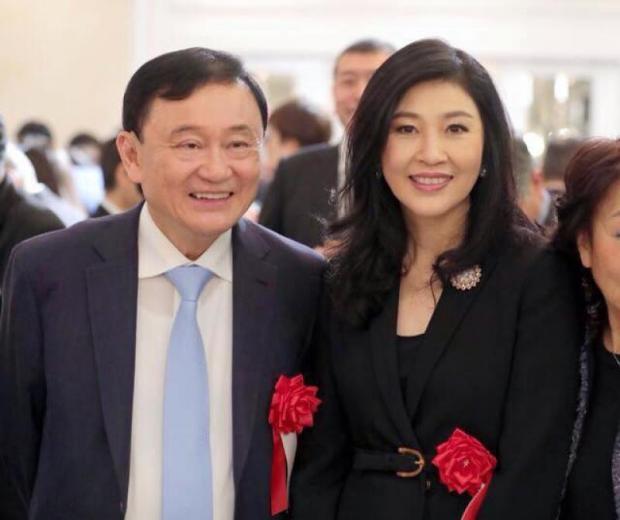 Thaksin, Yingluck: Thought to be in London

After the birthday wishes were extended through a video call believed to be from a Thai restaurant in London, Thaksin lost no time in discussing the current political situation. The order of the day was the potential mass defection the party is now facing.

Thaksin offered two theories as to why some former MPs were leaving: They could be doing it for money or they might be too confident in themselves and forgot they were elected based on the party's reputation.

Clearly having adopted a sarcastic tone, Thaksin was quoted as saying he would take to Twitter to thank those who defect from the party because they were sacrificing their chance of winning in favour of new faces.

"I am thinking about sending a Twitter message to thank them for leaving. In doing so they are giving the younger generation of politicians a chance to get elected," he said.

After lashing out, Thaksin gave encouragement to those who remain loyal to the party and expressed confidence it would emerge even stronger at the next general election.

According to political observers, Thaksin was sending a signal that he was still in the game. He might have calculated that his message would help stop the party bleeding politicians amid speculation dozens of former MPs in the Northeast were being lobbied to defect.

Even though Thaksin did not specify who was leaving and who would be staying, the Pheu Thai's political footing in the upper Northeast is believed to remain intact while its base in the lower Northeast is slipping from its grip.

The party expects to retain its grip on Udon Thani, Nakhon Phanom, Kalasin, Bung Kan, Mukdahan, Roi Et, Khon Kaen, and Nong Bua Lamphu and win about 70 seats. The 30-40 seats it has commanded in other provinces such as Buri Ram, Surin and Si Sa Ket were no longer there for the party's taking, said political sources.

However, the sources said Thaksin has a tendency at times to underestimate situations and let his "overconfidence" get the better of him. The upper Northeast may have been the Pheu Thai's "safe zone" in the past, but the upcoming polls present a whole new political game.

According to the sources, the Pheu Thai's previous election wins were largely attributed to their populist schemes.

In the 2011 poll, which saw Yingluck rise to power, the party is said to have won voters' hearts with its rice-pledging scheme, the 300-baht minimum wage, and the 15,000-baht basic salary for employees with a university degree. Those three schemes hit home with three large groups of voters: rice farmers, unskilled workers and college graduates.

But in the next poll, Pheu Thai cannot afford to come up with such a gift basket due to stricter rules. Political parties must prove the campaign promises they advertise are feasible.

Like any party vying for seats, election manifestos will be scrutinised, particularly ones earmarked as flagships, to prevent any future financial fiasco like that which allegedly resulted from the Yingluck administration's rice-pledging scheme, the sources said.

So it remains to be seen what the former ruling party has to offer to solicit support it needs to win big, as Thaksin has predicted.

In the meantime, Thaksin's latest move may land the Pheu Thai in deep trouble.

The Election Commission (EC) is gathering facts before deciding if a larger probe must be launched into the London video call, which many Pheu Thai opponents thought may constitute "direct or indirect influence by an outsider on a party", an offence under the organic law on political parties.

The punishment would mean the dissolution of the party for having allowed itself to be influenced by an outsider.

According to the EC, the initial findings are expected in two weeks.

The Pheu Thai Party is struggling to stop haemorrhaging former MPs as they keep being poached by a political group calling itself the "Three Companions", which is said to be the regime's recruiting arm. 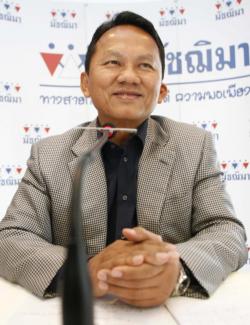 All three are considered former "powerhouses" of the dissolved Thai Rak Thai Party.

Political sources said the group is courting former Pheu Thai MPs, particularly from the Northeast, which is considered the Pheu Thai's major stronghold, into the fold of the Phalang Pracharat Party. This new party is believed to have been established to back Prime Minister Prayut Chan-o-cha to reclaim the premiership after the next election.

The mass defections from Pheu Thai to the pro-Prayut party seem to have drawn a former fugitive prime minister to step in and try to stop the party's "brain drain".

A video clip featuring Thaksin Shinawatra, reportedly from London on June 21, shows he told the former Pheu Thai MPs he was confident the party would win in all constituencies in the Northeast in the next election.

Thaksin was also quoted as saying that he would like to thank those former MPs for defecting from Pheu Thai because they had sacrificed their chances of being elected in favour of the "new faces" who will replace them.

Of the three former Thak Rak Thai politicians, Mr Somsak seems to get Thaksin so riled up because they once enjoyed fairly close ties, a source said.

A seasoned politician, Mr Somsak first entered politics by becoming an MP for Sukhothai at the age of 28 in 1983. In 1990, Mr Somsak became a public health minister under Gen Suchinda Kraprayoon's administration, which also arose from a coup.

He joined Thai Rak Thai when it was established in 2001 and became its party-list MP while allowing his wife to serve as a constituency MP to maintain a strong support base in Sukhothai.

He has since become the leader of the Wang Nam Yom faction, which controls a support base in the lower North. Wan Nam Yom was was the biggest faction inside Thai Rak Thai at the time.

Mr Somsak held several ministerial portfolios in the Thaksin government, including industry, agriculture, tourism and sports and labour. He was also the man behind the controversial "One Million Cows" scheme during the Thai Rak Thai government. The project was aimed at giving away 1 million cattle to farmers.

When Thai Rak Thai was dissolved in 2007 for electoral fraud, Mr Somsak was among the 111 party executives banned from politics for five years. After the ban expired in 2012, Mr Somsak returned to Pheu Thai and served as an adviser to another fugitive former prime minister -- Yingluck Shinawatra.

At the time, Mr Somsak was said to be on good terms with Yaowapa Wongsawat, a younger sister of Thaksin and leader of the powerful Wang Bua Ban faction in the Pheu Thai, the source said.

Considering Mr Somsak's weighty earlier roles in Thai Rak Thai and Pheu Thai, it is not surprising if Thaksin feels an acute sense of being wronged by someone who was once loyal but has since switched allegiances, the source said.