Pol Gen Chalermkiat said hundreds of millions of won equivalent to about 300,000-400,000 baht were circulated through both websites monthly.

They were charged with illegally hosting gambling. 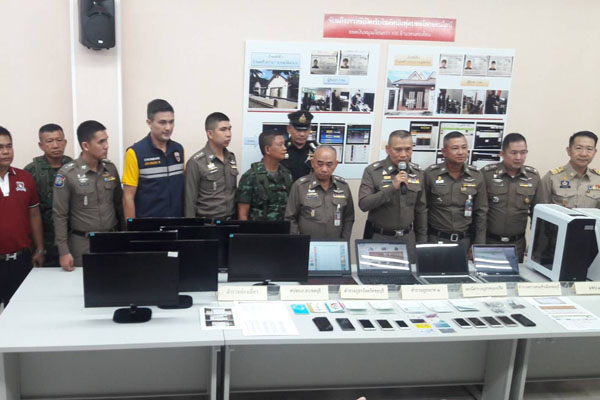 Deputy national police chief Chalermkiat Srivorakhan is speaking to reporters during a press conference on the arrest at the Nong Prue police station where seized computers and mobile phones were shown. (Photo by Chaiyot Pupattanapong)