Body of ex-Seal on way home

The body of Petty Officer 1st class Saman Gunan is taken by army convoy to Mae Fah Luang airport in Chiang Rai on Friday, from where it was taken to Sattahip district, Chon Buri, for religious rites. (Photo by Patipat Janthong)

The body of a former Navy Seal who died helping save the 13 people trapped in flooded Tham Luang cave has been taken to the naval base in Chon Buri before he makes his final journey home to Roi Et.

About 100 officials observed a 10-minute silence of respect for a man who died doing his duty as the coffin, draped with the national flag, was moved to a Royal Thai Navy plane and then flown to U-tapao airport in Satthahip district, Chon Buri.

A royal bathing rite and chanting ceremony were held at Wat Sattahip. The body of the 37-year-old former member of the navy's elite Underwater Demolition Assault Unit (known as Seals) will make its final journey from Sattahip to his home in Chatuphak Piman district in Roi Et on Saturday. Funeral rites will be held at Wat Nong Khu in Chatuphak Piman from Saturday.

He lost consciousness during a dive while returning rescuers' used air tanks to chamber 3 inside the cave in Mae Sai district, Chiang Rai, around 1am on Friday. He did not recover.

He worked for Airports of Thailand Plc as a security officer at Suvarnabhumi airport and took time off work to help his Seal colleagues with the rescue mission on Thursday. (continues below) 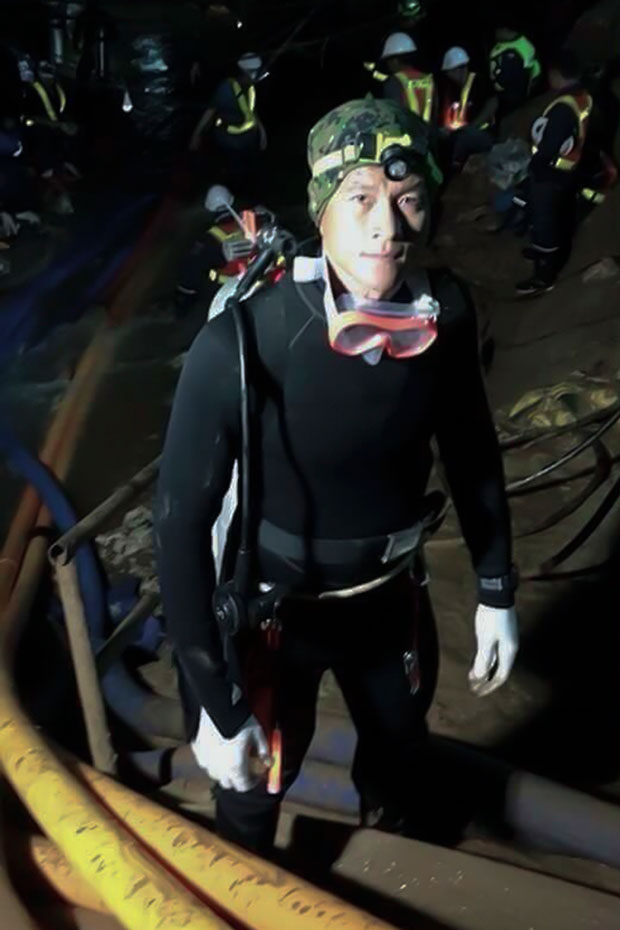 Prime Minister Prayut Chan-o-cha offered condolences to his family, who were in shock after learning of their loss. The diver's father, Wichai Gunan, 60, was reported by Thai media to have collapsed in grief when told of his death.

Naval Special Warfare Command chief Rr Adm Apakorn Yukongkaew said on Friday the navy team would not be deterred by the loss and were determined to accomplish the rescue.

“It was sad news," the Seal chief said.

Army chief Gen Chalermchai Sitthisad commended the former soldier, even though he had retired from duty.

"He dedicated his life to the operation. He was a former soldier but he volunteered for this," the army chief said. (continues below) 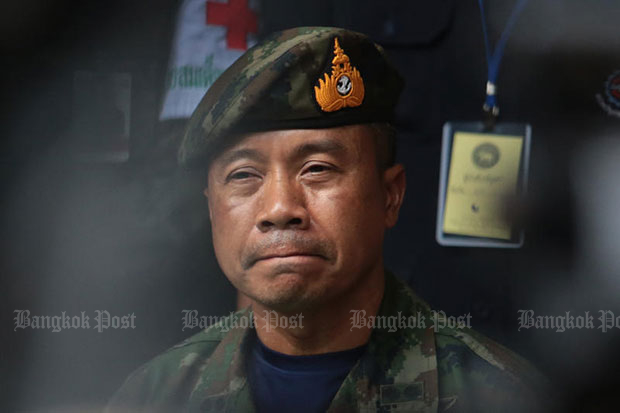 Navy spokesman Rr Adm Chettha Chaipiem said the navy was considering asking His Majesty the King to promote Saman posthumously and was looking into what benefits his family could receive because he died helping the rescue operation, even though he had retired from the navy.

AoT president Nitinai Sirismatthakarn said the listed company will give at least 1 million baht to Saman's family in recognition of his determination to help the 12 boys and their football coach. He was one of 28 former Seal members working at AoT who had decided to join the rescue operation, he added.