'Better than expected' rescue suspended for night; 4 out
Thailand
General

'Better than expected' rescue suspended for night; 4 out

The head of the rescue operation to evacuate 12 boys and their coach from Tham Luang cave on Sunday said the operation had been successful so far, but the task will not be completed until the last person arrives at the cave entrance. The rescue operation has been put on hold until Monday while compressed air tanks are replaced. 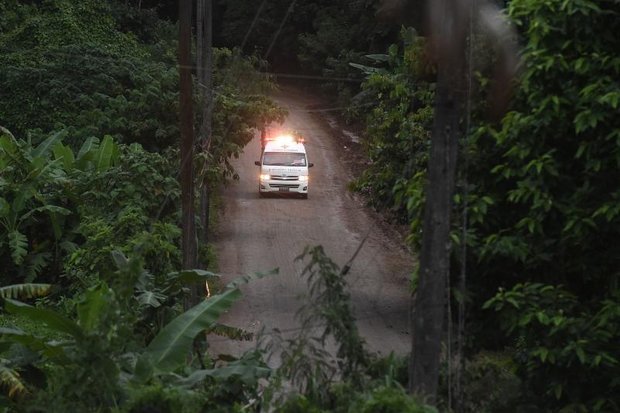 An ambulance leaves the Tham Luang cave area with one of the four boys extracted by divers on Sunday from the complex in Khun Nam Nang Non Forest Park. (AFP photo)

Narongsak Osotthanakorn confirmed during a press briefing that four of the stranded party had been rescued and sent to Chiang Rai Prachanukroh Hospital. They were boys on the football team.

The remaining nine people are still at the location where divers had found them about 500 metres from the so-called Pattaya beach. All four of those rescued on Sunday were safe, he said.

The Thai Navy Seals said in a Facebook post just before 10pm Sunday, "Tonight, we can sleep well", as the Day 1 rescue operation came to a close. "Hooyah," the post concludes, in the tradition of the Marines.

Earlier reports said three had already reached Chamber 3, the main base for divers inside the camp.

Rescuers had expected the first boys to come out around 9pm - but the first emerged at 5.40pm.

"The operation today (Sunday) was more successful than we earlier expected," he said.

He said the next phase of the operation will resume in between 10 and 20 hours - probably late Monday morning or afternoon - as rescuers have to replace empty compressed air tanks and perform other maintenance on the rescue system.

"Today was the best situation - in terms of the children's health, water and our rescue readiness," said Mr Narongsak, now governor of Phayao province but still head of the joint command centre coordinating the rescue.

He said the operation, which was launched Sunday at 10am, had proceeded hours faster than expected. "It has been our masterpiece work," he said. 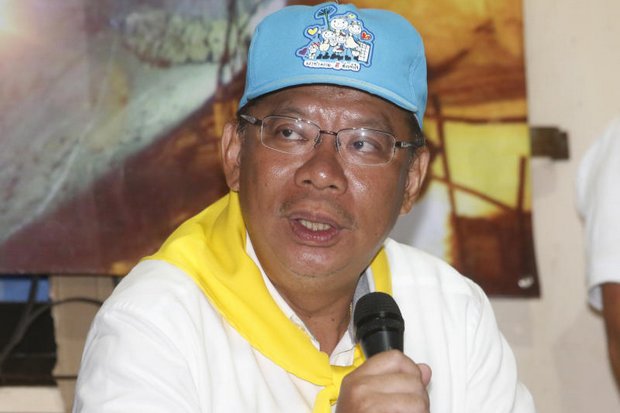 "Our job is not completely done," Mr Narongsak said. "We will have to do the next mission as successfully as the one we did today. The rest of the kids are in the same spot."

Nine boys and their coach will spend another night trapped in Thai cave, as rescue operation is paused for at least 10 hours

A rescuer said they have been ordered to be ready to resume the operation on Monday at 8am.

The Royal Thai Navy Seals also confirmed that Sunday's mission was over. "Good night and have a sweet dream. @Hooyah," the unit posted in a message on their Facebook page.

Mr Narongsak - now the governor of Phayao province - said 90 divers, 50 of them foreigners, had taken part in Sunday's operation starting at 10am. 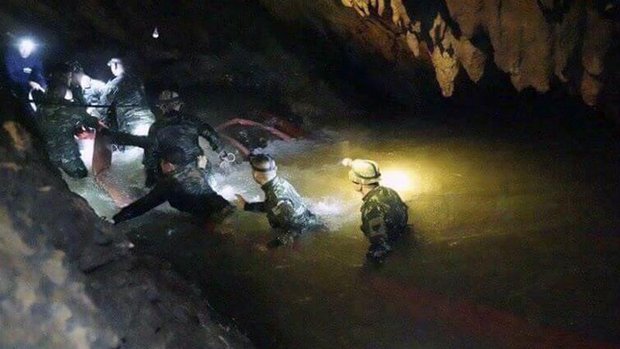 Mr Narongsak said on Sunday morning that the boys and their coach were physically and mentally strong enough to dive their way out of Tham Luang. Their parents agreed to the decision, he added.

The boys, ranging in age from 11 to 16, are members of the Mu Pa Academy Mae Sai football club. They and their coach, Ekapol Chantawong, 25, were trapped inside Tham Luang cave by floodwaters after entering on June 23.