Coach Ekkapol Chantawong with some of the young footballers in Tham Luang cave after divers found them on July 2. (Thai Navy Seal photo)

MAE SAI, Chiang Rai: Schooled as a monk and now hailed a hero, football coach Ekkapol Chantawong is one of several stateless members of the "Wild Boars", a team whose survival after days trapped in flooded Tham Luang cave,e fixated a country that does not recognise them as citizens.

Coach Ek, the 25-year-old who was among the last to emerge from the cave on Tuesday, has been lauded for keeping the the young footballers - aged 11-16 - calm as starvation loomed in the dark.

He was the only adult with the boys when they entered the cave on June 23 until they were found nine days later by British divers on a muddy bank deep inside the cave complex.

As he awaited his turn to undertake the dangerous exit from the Tham Luang complex, Thais on the outside celebrated him as a modest, devout and duty-bound member of the Mae Sai community.

"From all the parents, please take care of all the children. Don't blame yourself," said a letter to him from the boys' relatives released on July 7.

In reply he scrawled a note apologising to the parents, and vowing to take "the very best care of the kids".

The touching note won the hearts of the Thai public - a group to which he is yet to officially belong. (continues below) 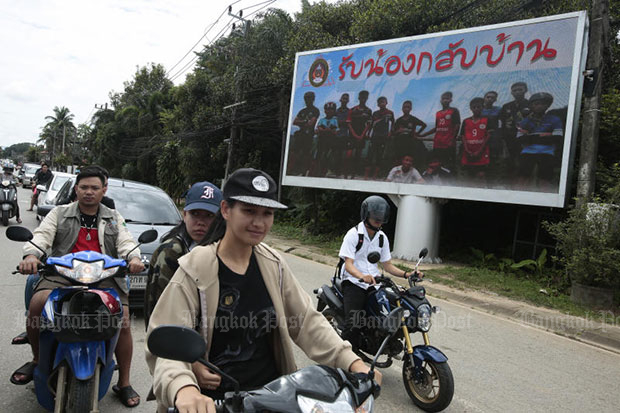 Motorists stop at traffic lights in front of a billboard bearing a photo of the 12 Wild Boars football team members and their coach and a message reading, ‘Welcome Home’. (Photo by Patipat Janthong)

The UNHCR says Thailand is home to around 480,000 stateless people.

Many are from nomadic hill tribes and other ethnic groups who have for centuries lived around Mae Sai, the heart of 'Golden Triangle' - a lawless wedge of land bisecting Thailand, Myanmar, Laos and China.

'No nationality. No country'

Among the stateless are Ek and three of the boys who were trapped in the cave alongside him - Dul, Mark and Tee - founder of the Wild Boars club Nopparat Khanthavong told AFP.

"To get nationality is the biggest hope for the boys... in the past these boys have problems travelling to play matches outside of Chiang Rai," he added, because of travel restrictions that accompanies their lack of status.

Without passports they are unlikely to be able to take up the invite from Manchester United FC to visit next season.

"They also can't become professional football players because they don't have the (correct) status," he said, adding the process has begun to try to get them nationality.

There are hopes the boys' ordeal will lead to a change of policy.

"The issue of the boys in the cave should give Thailand a wake up call... to grant the stateless nationality," said Pornpen Khongkachonkiet of Amnesty International Thailand. (continues below) 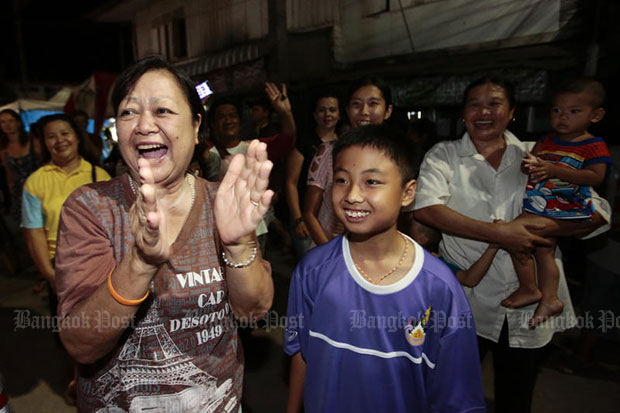 Coach Ek, who is ethnic Tai Lue, is yet to give his version of the remarkable events of the last few weeks.

A novice monk for several years from the age of 10, Ek left the Buddhist clergy before becoming a full monk in order to look after his grandmother in Mae Sai.

He later became a coach with the Wild Boars.

He is fond of meditation, trekking and the outdoors life, according to monk Ekkapol Chutinaro who roomed with his namesake as a novice.

"We would trek to the jungle, he would always bring a thumb-sized parcel of chilli paste and sticky rice and we would stay there for a couple of days," he recalled of his friend.

As a football coach he is regarded as a generous and patient teacher willing to help even the least skilled kids.

But as a citizen of nowhere he can not yet gain his full coaching qualifications.

"He is stateless. No nationality. No country," added Wild Boars' founder Nopparat.