His Majesty the King has posthumously promoted former Navy Seal Saman Gunan, who died helping save the 12 schoolboys and their football coach trapped in the flooded Tham Luang cave, to the rank of lieutenant commander -- an unprecedented rise of seven ranks.

The announcement of the posthumous promotion of Petty Officer 1st class Saman was published in the Royal Gazette on Saturday.

The King also bestowed a royal decoration -- Knight Grand Cross (First Class) of the Most Exalted Order of the White Elephant -- on the late retired Navy Seal for dedicating his life to the operation to rescue the 13 people trapped in the flooded cave in Chiang Rai.

Saman, a 37-year-old former member of the Navy’s elite Underwater Demolition Unit (known as Seals), lost consciousness during a dive while returning rescuers’ used air tanks to Chamber 3 inside the flooded cave in Mae Sai district on July 6. He did not recover.

He had left the Navy to work for Airports of Thailand Plc as a security official at Suvarnabhumi airport and was taking time off from work to help his former Seal colleagues with the rescue mission.

A large crowd of mourners converged on Wat Ban Nong Khu in Chatuphak Piman district of Roi Et province on Saturday to bid a final farewell to Saman.

His Majesty the King assigned Privy councillor Gen Surayud Chulanont to preside over the ceremony at 4pm on Saturday. 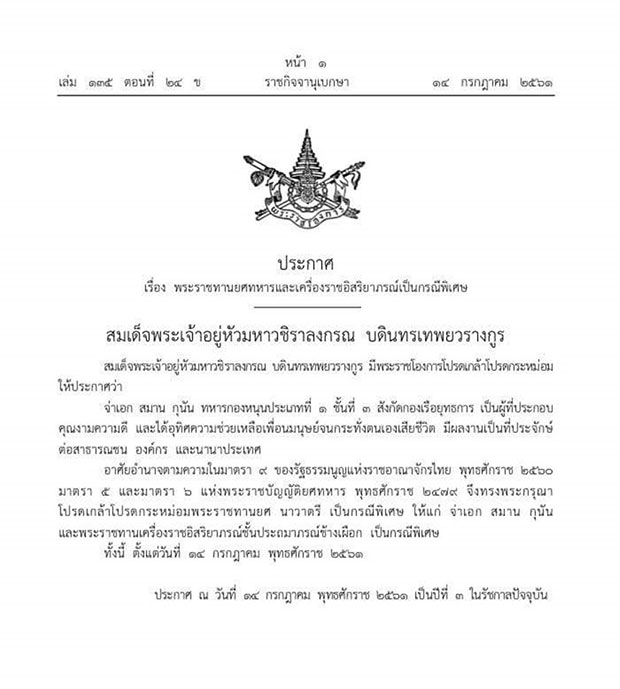 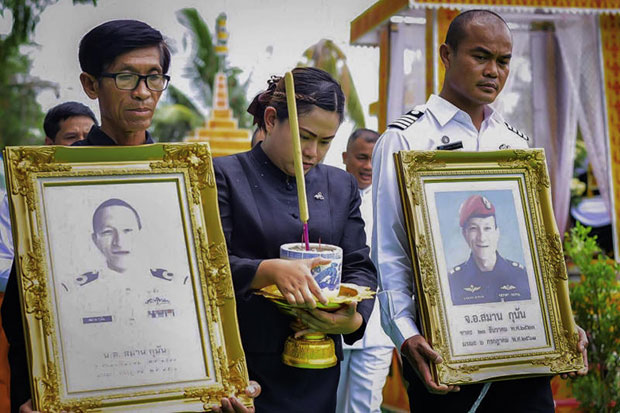 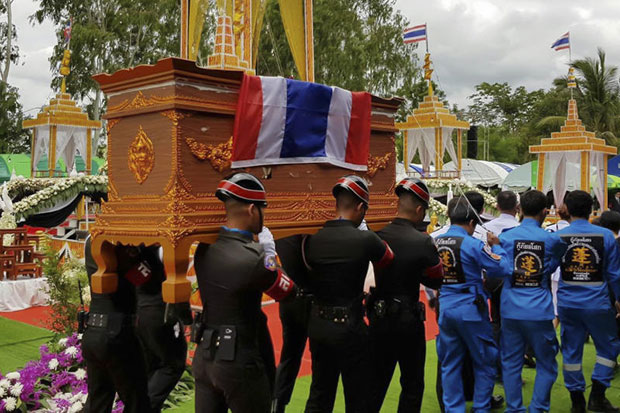