From urban jungle, a mega park

Imagine three major city parks -- Chatuchak, Queen Sirikit, and Wachirabenchathat (or the State Railway Public Park) -- merged into one. The result would be the one behemoth reminiscent of London's The Mall.

This is in the process of happening, with the first phase due to open next month.

The entire project is slated for completion by 2020.

It will cover over 700 rai and will operate under two names, the second of which has been royally endorsed: Suan Chatuchak Park, or Utthayan Suan Chatuchak.

The project was initiated in 2001 when the Office of His Majesty's Principal Private Secretary (OMPPS) cited in a letter dated Feb 15, 2001, a remark by the late King Bhumibol Adulyadej in response to a request to use more space in Chatuchak Park. 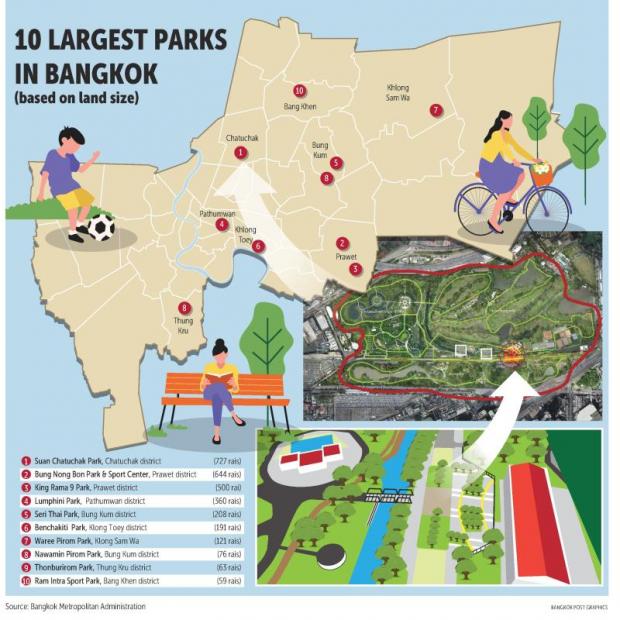 The King said construction of a transport hub would take up land in Chatuchak Park where space had dramatically shrunk after previous similar take-ups of land.

Hence, it would be a great honour if the parts previously taken away -- Chatuchak Market, Queen Sirikit Park and the State Railway Park -- could be merged into one under the name Suan Chatuchak Park.

In response to this royal remark, the cabinet resolved on March 4 and Sept 16, 2003, to combine the three parks into one. Chatuchak Park is well over 155 rai, while Queen Sirikit Park and Wachirabenchathat Park are 196 rai and 375 rai, respectively.

On May 26, 2004 the OMPPS told the Bangkok Metropolitan Administration (BMA) that King Rama IX had granted the official name "Utthayan Suan Chatuchak" to the new project.

In 2008 the BMA hired a company to design ways to combine the three parks without losing their previous roles in serving the public and without interruption, said Arom Wongmaha, director of the BMA's office of public parks.

The new park was intended to be a place where people can relax, exercise and even learn something new.

A number of activity grounds -- such as one honouring the late King and another for botanical studies -- were designed to form part of the park.

A "covered walkway" designed to exhibit the late King's remarkable talents in art and music was also included.

In 2012, however, the project was stalled by growing public resistance to the construction plan, which called for 911 large trees to be removed. 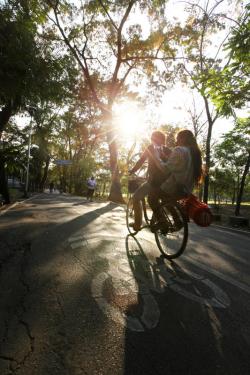 The project was shelved until 2016 Bangkok governor Aswin Kwanmuang tried to bring it back into the public eye. He started by discussing the possibility of adjusting the project and then reviving it.

In the end, Ms Arom said a simple design to combine the three parks without affecting any of the trees was adopted.

The BMA's Environment Department was then assigned to lead implementation of the revised project.

Starting on Sept 30 last year, it hired a contractor to work on a new design at a cost of 16.4 million baht. The work is due to be completed by July 30.

"This means the first phase will be open to the public in early August," she said.

After the inauguration of the first phase, the BMA will begin discussing with various parties the construction plan of the second and last phases.

A main ground will be created to connect Chatuchak Park and Wachirabenchathat Park, said Pajariya Mahakanjan, head of the design team from the BMA's office of public parks.

The ground is designed to cover a section of Kamphaeng Phet 3 Road that separates two of the three parks, she said, adding the section of the road would have to be levelled to the height of its pavements.

Fences along the road will also be removed.

Although it is intended for public activities, the design includes plenty of green space, she said.

Between Chatuchak and Queen Sirikit Park, which are already connected by a small path, there will be a 60m-wide area added.

A small metal bridge running over the watercourse separating Queen Sirikit from Wachirabenchathat Park will be enlarged and designed in such a way that it blends with the new landscape.

Another old metal bridge called Khluen Nok ("wave of birds"), which serves as a link between Queen Sirikit and Wachirabenchathat Park, will undergo a similar upgrade.

"By the time it is officially open to the public in 2020 we want visitors to the three combined parks to feel that they are one whole unit," said Ms Pajariya.

However, since Kamphaeng Phet 3 Road remains separate, running 1.2km through this complex of parks, more work has to be done to prepare for the cancellation of traffic on this section of the road, she said.

The latest meeting between the BMA and the Metropolitan Police Bureau on this matter on July 13 was told that even though the closure of this part of the road will affect the traffic flow in the surrounding areas, it will be manageable.

In the next step, the BMA will discuss with the State Railways of Thailand about the need to hold public hearings to gauge public opinions on the planned closure of the section of Kamphaeng Phet 3 Road.

"If the whole second phase goes to plan, and that particular section of road can be turned into a walking street with rows of large trees running alongside it as expected, the park will more or less look like The Mall in London," she said.

The walking street could even host a mini-marathon, she said. The move comes at a time when residents of big cities worldwide are demanding more green spaces.

Wachirabenchathat will continue to serve as a park for family activities while Queen Sirikit, initially designed to be a botanical park, will continue as a learning centre, she added. "Utthayan Suan Chatuchak will become the largest park in the heart of Bangkok. 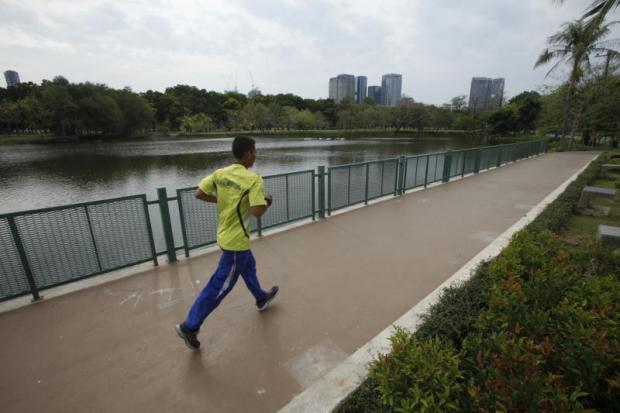 green foresight: In 2001, the late King Bhumibol Adulyadej commented on the need for more green space in the area around Chatuchak Park after some land was designated for a transport hub project. 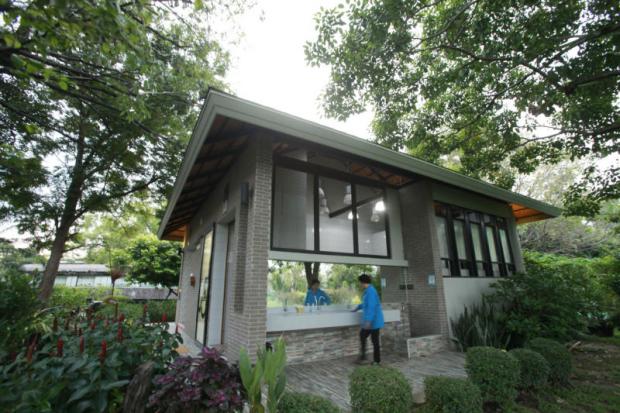 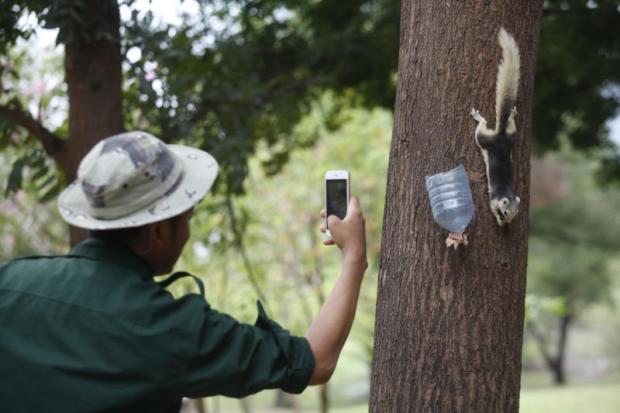