National artist Chalermchai Kositpipat, third from right, guided by Thanya Netithamkul, centre, director-general of the Department of National Parks, Wildlife and Plant Conservation, hammers in a wooden stake marking the boundary for construction of the museum to commemorate the rescue of 12 young footballers and their coach at Tham Luang cave in Mae Sai district, Chiang Rai, on Wednesday. (Photo by Chinnapat Chaimol)

CHIANG RAI: Construction of the planned rescue museum and statue of Sgt Sam, led by national artist Chalermchai Kositpipat, has begun at a site near Tham Luang cave in Mae Sai district and is expected to be completed in 4-5 months.

Local artists, senior officials of the Department of National Parks, Wildlife and Plant Conservation, and the Royal Forest Department gathered outside the cave in Tham Luang-Khun Nam Nang Nong Forest Park to launch the start of the project on Wednesday.

A religious ceremony paid respect to holy spirits and sought blessings for the work.

The centre will memorialise the epic rescue of 12 young footballers and their coach from the Moo Paa Academy club who were trapped in the flooded cave from June 23 to July 10.

It will comprise a gallery building, a toilet block and a statue of ex-Navy Seal Saman Gunan, who died during the rescue mission.

Mr Chalermchai, who is paying for the 10 million baht complex, said he was pleased the Ministry of Natural Resources and Environment supported the quick start of construction.

The gallery building would house the 3 metres x 13 metres canvas painting done by artists at the Art Bridge Chiang Rai centre, and other paintings. Photographs of the rescue operation would also be on display there, Mr Chalermchai said.

The statue of Lt Cdr Saman, also known as Sgt Sam, was about 40% completed and local rock carvers would supply the plinth - two black granite rocks.

"This place will be of national interest because it will commemorate the event, the cooperation and the hero who sacrificed his life. It will attract foreign tourists and local visitors.

"Construction will take 4-5 months. In the end, the buildings and sculpture will blend perfectly with nature and the environment," Mr Chalermchai said. 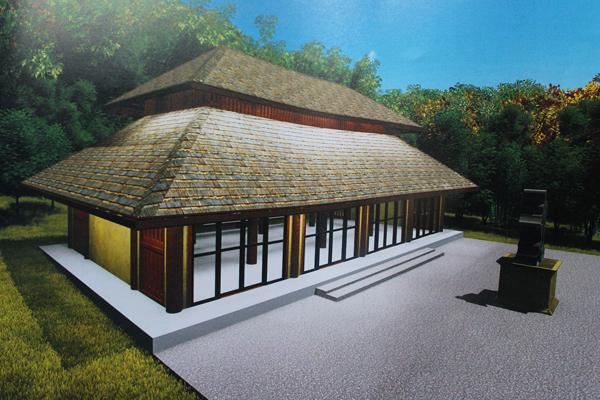 The design of the museum 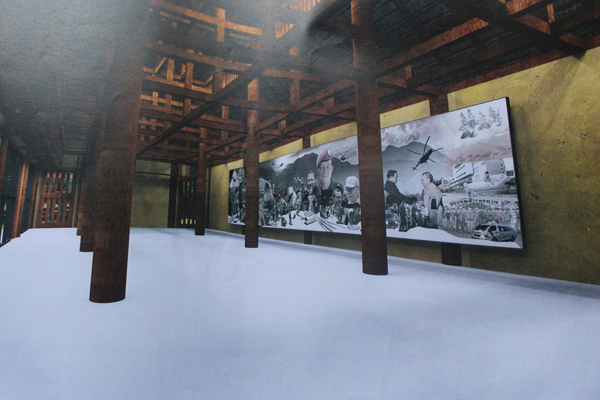 The design for the inside of the museum gallery