A "whale" investor in the Stock Exchange of Thailand (SET) and staff at up to three Thai banks are suspected of being complicit in a 797 million baht (US$24 million) scandal involving a foreign investor and the cryptocurrency bitcoin (BTC), police said Wednesday.

Police said several of the banks' employees failed to report money transfers of 2 million baht or higher, a serious violation of bank rules. Staff are required to inform the Anti-Money Laundering Office (Amlo) when sums of this value change hands. 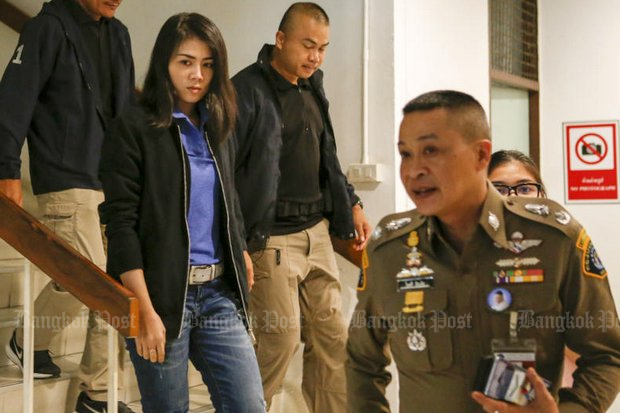 Suphitcha Jaravijit, elder sister of soap-opera actor 'Boom', reported to police and was taken for interrogation to the Crime Suppression Division headquarters in Bangkok. (Photo by Wassayos Ngamkham)

One suspect in the case is SET investor Prasit Srisuwan, who is believed to have claimed a share of the stolen money derived from the digital asset.

The scam came to light after Finnish national Aarni Otava Saarimaa and Chonnikan Kaeosali told the Crime Suppression Division (CSD) they were duped into sending bitcoin to Thai nationals for reinvestment in other companies using Dragon Coin, another cryptocurrency. 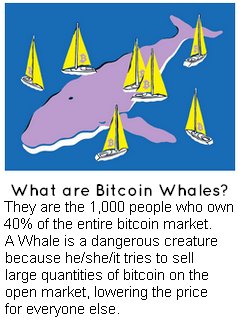 Aarni Otava Saarimaa, the 22-yearold Finn, and Ms Chonnikan, his business partner, lodged a police complaint in January. They said they believed they were buying shares in three companies and investing in a casino but had never seen any returns.

Now money transfers are at the heart of the probe as the CSD has learned that some of the money was wired to the bank accounts of various business people and at least one Thai celebrity.

The source said police are considering whether to file charges with the banks and their employees. Mr Prasit is trying to negotiate a settlement with the two victims after the financial whiz was accused of receiving a portion of the money (66.5 million baht) from them to purchase shares in a company on their behalf, the source said.

The victims claim he acted dishonestly and stole their money. He now hopes to buy the shares back in exchange for not being prosecuted, the source said.

Mr Prasit said in a Facebook post he was "innocent and has all the documents to prove it". "I'm ready to answer all questions," he added.

Meanwhile, Suphitcha Jaravijit, the older sister of actor Jiratpisit "Boom" Jaravijit, turned herself in at the CSD on Wednesday to face charges arising from her suspected involvement in the bitcoin scam.

On Wednesday she blamed another of her brothers, Prinya Jaravijit, the suspected ringleader of the scheme who is believed to have fled to the United States, for dragging her into trouble after transferring 200 million baht from the ill-gotten gains to her bank account.

The CSD has charged the three siblings with money laundering and expanded its probe to cover other Jaravijit family members, including their parents. Ms Suphitcha claimed she had no idea the money was obtained illegally and said some of it had been converted from a real estate deal, CSD chief Maitree Chimcherd said.

The 32-year-old told police she planned to "transfer the money back" to her brother and maintained she is innocent of all charges.

The Criminal Court has since released her on a 2-million-baht bail bond but has banned her from traveling overseas. Police were gathering evidence Wednesday to ask the court to issue warrants for the arrest of six other suspects, including more members of the Jaravijit family.

According to investigators, the money was distributed among the three family members. They have found evidence that 140 million baht was transferred to Ms Suphitcha's account, 111 million baht to an account in Mr Prinya's name and 21 million baht to Mr Jiratpisit.

The 27-year-old actor has also blamed Mr Prinya, accusing him of using his account without his consent. Four of the six suspects are believed to have received a large share of the stolen money, according to another police source.

According to the original complaint, their bitcoin was stored in electronic wallets but the suspects secretly siphoned their "coins" off for sale, allowing them to gain money from the transactions. Eventually the money was withdrawn and wired to the suspects' bank accounts.

In a related story, victims of bitcoin and Ponzi scams petitioned the Office of the Attorney General Wednesday for help, complaining they are still mired in difficulties with prosecutions under way.

Samat Chenchaichitwanit, the president of No Money Game Association who led the gathering, said many victims have not received their money back.