Police: No evidence of rape

BANGKOK/SURAT THANI: A police team from Bangkok say they have found no evidence or witnesses at this stage indicating a rape or drugging took place on Koh Tao as claimed by a British woman.

However, provincial police in Surat Thani are still working on the case even though no complaint had yet been officially filed. They also said the mother of the 19-year-old woman would fly to Thailand next month.

Pol Maj Gen Surachate Hakparn, deputy tourist police chief, told Thai News Agency in Bangkok on Thursday a team of 100 policemen from Bangkok have concluded the investigation into the facts of the claim.

“According to forensic and scientific evidence we collected based on the woman’s account, we found no rape or drugging had taken place,” said Pol Maj Gen Surachate, who was assigned by the police chief to look into the allegation.

“The woman claimed she drank on Sairee beach in front of the Leo pub on the night in question [June 25]. We found it was a day before the full moon and the tide was high as usual on that day. Seawater flooded the beach and almost entered the pub so it was impossible for anyone to eat or drink on the beach that night.

“Moreover, World Cup matches were also being broadcast at the time and there were a lot of people, as well as police, in the area. It was quite impossible for someone to carry an unconscious woman and waded through the water to rape her behind rocks without anyone noticing,” he said.

He added police also did not find semen traces on the rocks or in the rooms where the damaged party and her friends were staying.

“However, we’re open to new evidence. Since the victim has not even contacted the UK consul in Thailand which is in charge of the safety of British nationals in the kingdom, we urge her to submit the evidence and give statements so we can investigate further. We’re even willing to take her statements in the UK if she doesn’t feel safe here.”

The police also asked the consul to help coordinate with the victim to bring them the evidence so they could take further action.

If the case turns out to be groundless, the Samui Times news website and CSI LA Facebook might face computer crime charges for spreading false information, he added.

The provincial police commander also said that more interrogators in the southern province were deployed to verify the young woman's report and to answer questions, especially those from the mother.

Interrogators were combing through the route from the young woman's hostel to Sairee beach. The police officers were collecting evidence and talking to potential witnesses along the route on which the young woman bought a drink from a vendor's vehicle, Pol Maj Gen Apichart said.

He said there were four surveillance cameras of Surat Thani police on Sairee beach and their stored recordings dated from as long as three months. Police were examining the footage.

Pol Maj Gen Apichart said that the young woman should return by herself to file an official complaint and her presence could facilitate the investigation.

Pol Lt Gen Sorasak Yenprem, commissioner of the Provincial Police Region 8, said that in the case the young British woman had three months to file her complaint on the alleged rape and the deadline was Sept 25.

Koh Tao police already informed her through the British embassy of the deadline and their intention to question her and have local doctors examine her in Thailand.

If the woman was unable to arrive within the deadline, she could ask the embassy to file a complaint on her behalf before the deadline.

Pol Lt Gen Sorasak said it was impossible for police on Koh Phangan to reject her rape complaint. They would otherwise be harshly punished for the refusal, he said.

It was earlier reported that the woman did not file her rape complaint right away with Koh Tao police because she was rushing to Koh Phangan to meet her boyfriend who was arriving for a full moon party. 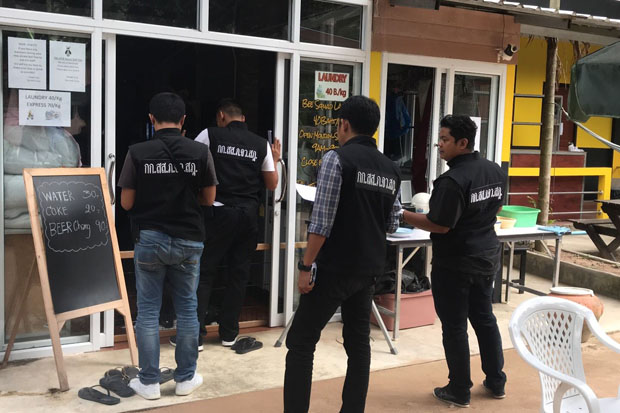 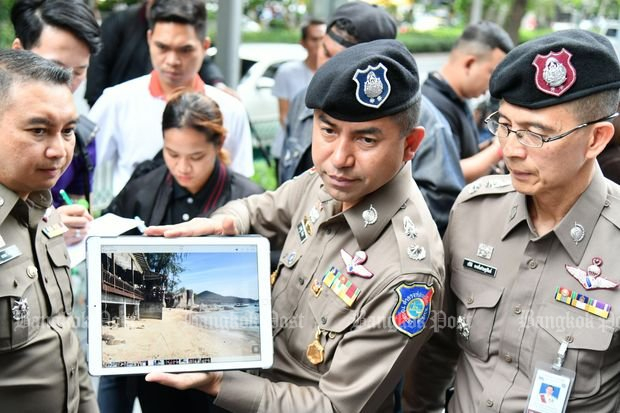