A Thai film retelling the story of the Tham Luang cave operation will start filming in November, said its director and producer.

Titled Nang Non in Thai and The Cave in English, the film has been mounted by Tom Waller, a Thai filmmaker of Irish descent, who spoke to the Bangkok Post at the Toronto International Film Festival where he gave a presentation of the project to prospective foreign distributors over the weekend.

Nang Non, titled after the name of the mountain range and the cave in Chiang Rai where the 12 Wild Boar football team members and their coach were trapped from June 23 to July 10, is likely to be the first feature film project that materialises about the project after at least five other producers, mostly international ones, have expressed interest in recounting the story that gripped the world's attention. 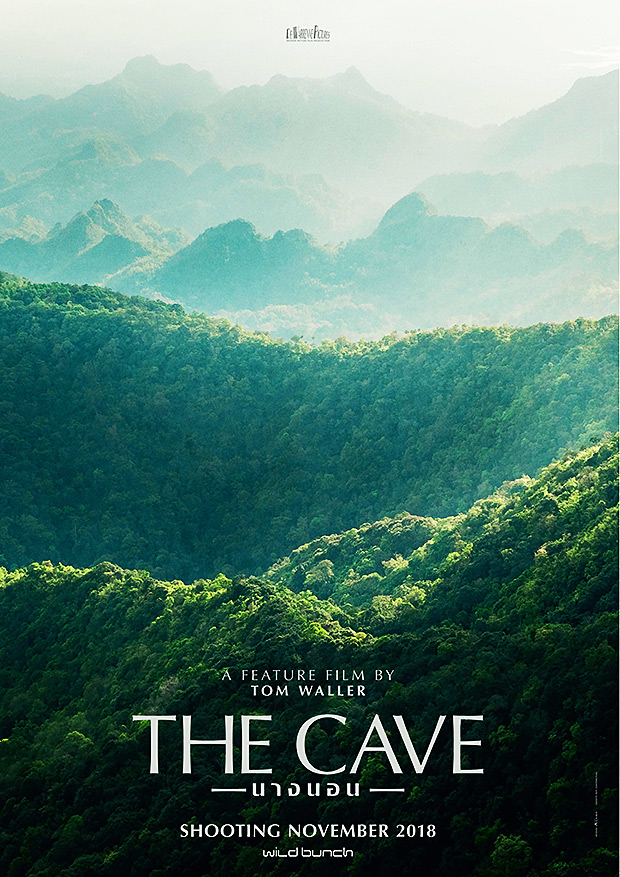 The poster of Tom Waller's "The Cave" announcing the November shooting.

"The film is happening," said Mr Waller, whose past films include The Last Executioner, about Thailand's last prison executioner, and Mindfulness and Murder, a temple-set suspense story in which a monk tries to solve a murder. "The first draft of the script is finished, and in October we will start building sets," Mr Waller said.

He said that the film Nang Non will focus on "first-person perspectives" and "unsung heroes" who took part in the mission. There will be four or five main characters based on real Thai and international volunteers.

Mr Waller has recently interviewed Jim Warny, an Ireland-based cave diver who was responsible for bringing out Ekkapol Chanthawong, or Coach Ake, on the last day of the operation, and who was declared "a hero" by the Irish press. Mr Warny's experience will form a main part of the film, said Mr Waller.

Though the government has said that all film projects about the cave rescue would have to go through a special panel for vetting, the rule seems to apply only to foreign film productions. Mr Waller said he has begun contacting authorities to ask for permission to shoot at some locations, including parts of Tham Luang cave.

Mr Waller declined to discuss the budget or possible casting. "One thing is certain, I won't exploit anyone involved in the incident," he said. "I want to show the volunteer spirit that fascinated the world," he said.