'Cave man' on Koh Phangan under scrutiny by authorities

Authorities inspect the abode of Chatupoom Losiri (left), aka 'The Cave Man 2018', on Koh Phangan in Surat Thani. (Photo by Supapong Chaolan)

SURAT THANI: Authorities visited the dwelling of a 'cave man' on Koh Phangan after his Facebook posts raised suspicions about both the legality and morality of his abode. 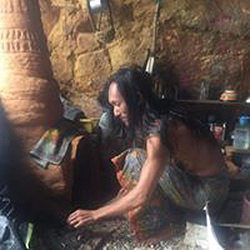 After reading his posts on 'The Cave Man 2018' Facebook account., some netizens speculated that the cave might be part of the National Forest Area on the resort island.

In fact, said the governor, the cave was a private property at Moo 7 which was once a tin mine. The governor did not provide details of the landowner.

Mr Chatupoom said he came to Phangan three years ago to play music at bars and parties. He found the cave seven months ago while walking on the beach, and decided to move in.

His Facebook posts stirred debate, particularly his tales of flirtation with foreign female tourists visiting the island. One of his most controversial pictures featured a naked foreign woman in the cave, which he later deleted. 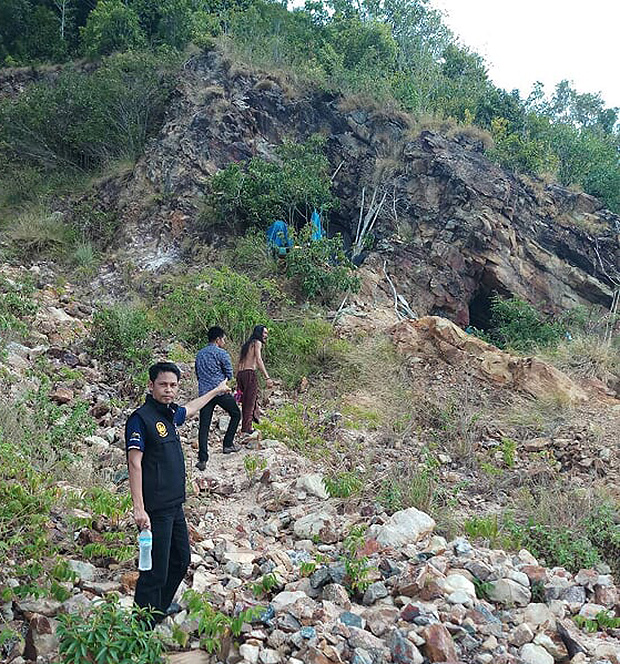 An official points to the location of the cave. (Photo by Supapong Chaolan)