Bold bid to seamlessly turn Bangkok into a 'smart city'

Flawlessly linking all public transport modes is one of the keys to achieving urban happiness.

The Bombardier Innovia 300 will be the first monorail train in Thailand. It will be used for the 34.5km Khae Rai-Min Buri (Pink) Line and the 30.4km Lat Phrao-Samrong (Yellow) Line in Bangkok. Photo: Courtesy of Bombardier

'Seamless travelling" is becoming a new buzz word in Thailand. The term has been around for a while but got a new lease on life on Friday during Prime Minister Prayut Chan-o-cha's meet-and-greet trip in Bangkok.

It was an unusual mode of travel for the PM. Instead of relying on a motorcade, Gen Prayut jumped on the BTS skytrain, then waltzed into the MRT subway to catch a train for a few stations before alighting at Hua Lamphong.

He then walked for a few minutes before boarding an electric boat in Phadung Krung Kasem canal.

The trip was indeed symbolic and illustrated the military government's "One Transport for All" concept, a mass transit vision introduced in 2014 when the regime came into power.

The objective of "One Transport for All'' is to establish a network of mass transportation routes -- road, public buses, rail, airports and boats -- that link together, enabling commuters to seamlessly travel. 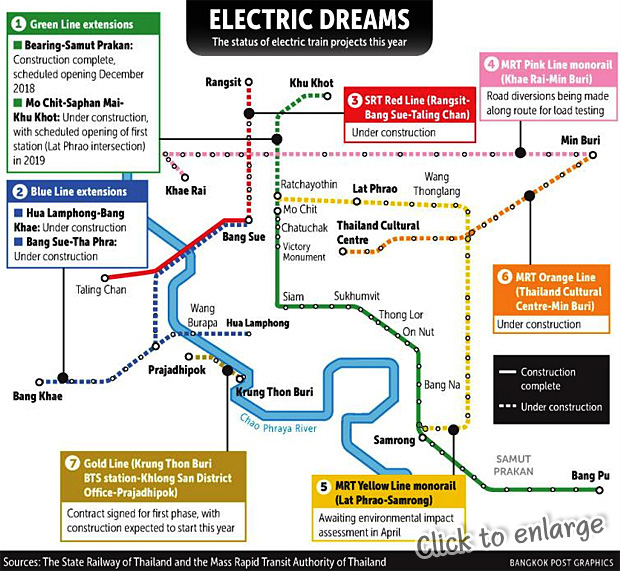 This approach will also result in reducing energy costs, time wasted in traffic jams, and cut down on pollution.

Over the past four years, the government has initiated several mass transit projects -- a few of them highly ambitious such as high-speed railways linking three airports from Bangkok to Rayong province and the Eastern Economic Corridor -- and the yet-to-be-built city trains in Chiang Mai and Phuket.

The government also initiated the first monorail projects in Thailand -- the Pink Line and Yellow Lines, and a light rail serving as a feeder system to connect the skytrain and subway.

Another one is the Golden Line, a small light rail transit system in the Thon Buri area.

"Seamless travel" is at the heart of urban mass transit strategies adopted by many cities around the world.

This approach has been dubbed "Smart City" -- a concept embraced by cities such as Singapore which usually have mass transit routes well connected and abundantly provided.

Seamless mass transit is the cornerstone of policies that governments use to develop urban mass transit projects to achieve the "Smart City" ideal, according to Gregory Enjalbert, vice-president of Bombardier, Asia Pacific for Rail Control Solutions and managing director of Thailand Bombardier Transportation.

"Smart City is the city where you can move freely ... a city where mass transit modes are linked," he said.

"In future, people can walk out of home, use an application for a taxi booking to jump on mass transit from the inner city of Bangkok and take a high-speed train to Pattaya," Mr Enjalbert said at a press conference last month at InnoTrans 2018 in Berlin.

Bombardier is a Canadian transport company providing products and service to Thailand railways.

The company opened for business in Thailand in 1997 providing train signalling systems and subsequently providing more products. Five years ago, Bombardier's business value, or backlog, in Thailand was only 5 billion baht.

Now the figure has risen to 50 billion baht. 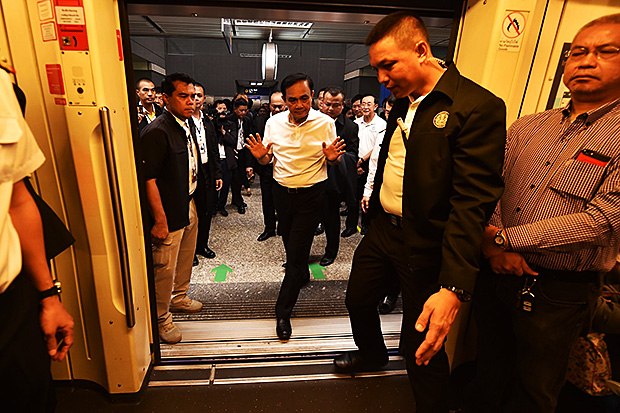 The company has won projects to develop city trains in Bangkok.

Among them is the Pink Line and the Yellow Line monorail worth over 20 billion baht for BTS. It is the first monorail project for the country.

Recently, it signed an agreement to provide Bombardier Innovia 300 Automated People-Mover cars for the Bangkok Gold Line in the Thon Buri area.

The company is also working with the MRT Purple Line.

The company has experience in developing urban train routes in the Southeast Asian region, including in Singapore and Malaysia.

Mr Enjalbert said the company has spotted the potential of railways in Thailand.

Instead of focusing on product and service delivery, the company -- which started in Canada -- has cooperated with local universities such as Mahidol, Navamindradhiraj and recently Kasetsart to offer courses for rail engineering.

The company aims to create local, skilled human resources to supply large railway operations in the near future.

Starting with only four engineers in 1997, the company now employs 600 staff and is set to expand to 1,000 in 2022 to cope with the demand in human resources in Thailand's railway sector.

The company, as well as other major railway companies, is prepared to contest the bidding of mass transit train projects.

"The market for railway development and service in Thailand will grow over the next 10 to 15 years because of the country's development and urbanisation." he said. "Most governments want to reduce the dependency on cars. Thailand is one of the countries with the highest traffic congestion and road accidents in the world and obviously rail is an efficient solution to these problems. We believe that Thailand has to develop the country's rail system to support economic growth."

"Urbanisation also has changed people's lifestyle in the city, driving increasing demand for railways." Mr Enjalbert said. "This is the key to drive our business growth in Thailand although the market still has high competition from other railway companies who are also eyeing a greater share of Thailand's infrastructure projects," he said.

Yet the development of seamless urban mass transit does not only require a lot of investment and modern mass transit technology, according to Chaisak Srisethanil, project and engineering director of Bangkok Mass Transit System Plc.

"People will use individual cars less and less in the next 5-10 years, the same time when six lines of electric urban trains in Bangkok have been completed. 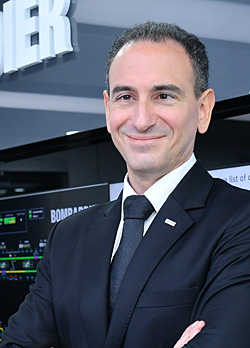 "The availability of urban trains might no longer be the main problem in the future," Mr Chaisak said.

After bidding and increasing the number of electric train routes in the country, the next challenge for policy makers and government is to reorganise and upgrade public buses and their routes to serve as a feeder system to the network of urban trains, he said.

"Currently, buses and electric lines in Bangkok run in parallel," he said.

"On some roads, there are too many bus routes that overlap electric train routes." Mr Chaisak said. "Most of the time, people walk out of their home and cannot find buses to connect to mass transit. So they end up using their cars."

The State Railway of Thailand was founded in 1890, only 30 years after the Japanese railway industry was founded. However, the total length of the country's railway network is over 4,000km, compared to 20,000km for Japan's rail network system.

Urban mass transit has existed for just two decades. The total length of city train routes -- BTS Skytrain, the MRT subway and the Airport Link -- is 125km combined, just a fraction compared to the 4,714km of Greater Tokyo, which is known as the world's most extensive urban rail network.

Policy makers in the past have ignored railways and promoted cars and road construction for the past half century, according to Mr Chaisak.