A rescued cat relaxes at PAWS Bangkok, an animal welfare programme and cat shelter, on Oct 6, 2018. (Photo by Amy Baron)

A slight majority of people oppose a draft bill that seeks to require owners of dogs and cats to register their pets, saying both the 450-baht registration fee and a fine of up to 25,000 baht for failing to register are too high, according to the result of an opinion survey by the National Institute for Development Administration, or Nida Poll.

The poll was conducted on Oct 16-18 on 1,271 people aged 15 and over of various occupations and levels of education throughout the country.

The bill proposed by the Agriculture Ministry's Livestock Development Department aims to reduce the problem of stay dogs and cats and encourage pet owners to act responsibly. It would require owners of dogs and cats to register their pets for a fee of 450 baht per animal. Violators would face a fine of up to 25,000 baht. 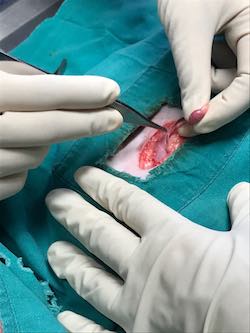 A female cat is spayed at PAWS Bangkok in Feb 2018. (Photo by Amy Baron)

The draft legislation was initially approved by the cabinet on Oct 10. However, following a public outcry, the Agriculture Ministry and the Council of State - the government's legal office - were instructed to review the bill, particularly the registration fees and the fine.

A slight majority - 51.69% - of poll respondents oppose the requirement for pets to be registered, saying it would place an additional burden on pet owners and would not solve the problem of stray dogs and cats. Another 48.31% supported the bill, saying it would force pet owners to show social responsibility.

Asked to pick the best ways to solve the problem of stray dogs and cats, 56.02% wanted dogs and cats throughout the country to be sterilised free of charge; 34.85% said people should be taught how to be responsible pet owners; 24.00% said pet owners should be trained to sterilise their own pets (a suggestion strongly opposed by animal welfare advocates); 17.47% wanted the government to set up standardised shelters for dogs and cats; 3.46% wanted an agency to be set up to provide vaccination and sterilisation services; and 3.07% were uncertain or had no comment. 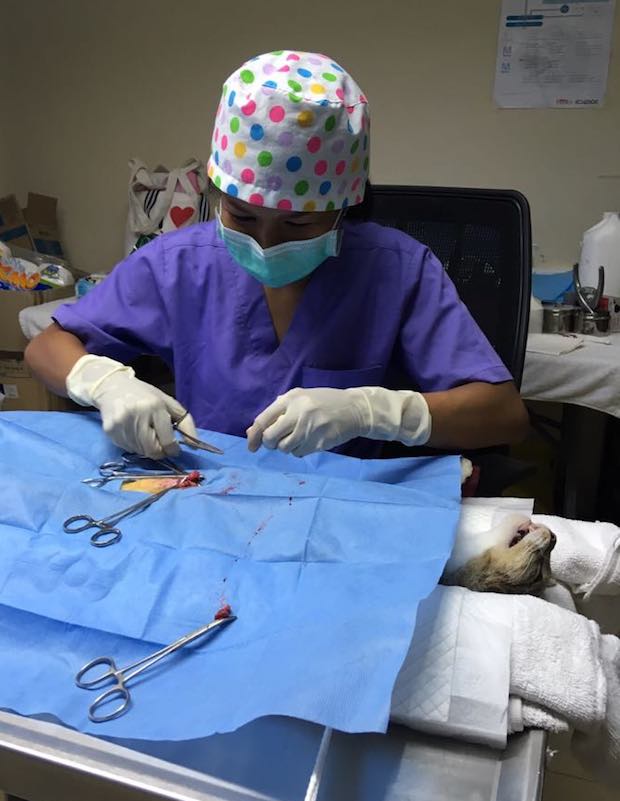 A female cat is spayed at PAWS Bangkok in Feb 2018. (Photo by Amy Baron)

Transform your business with innovations, easier said than done.