Yacht on fire in Phuket, all nine tourists rescued

A luxury catamaran with nine passengers on board catches fire at Ao Kung bay off Thalang district, Phuket, on Saturday evening. All passengers were rescued. (Photo by Achadtaya Chuenniran)

Wiwat Chidcherdwong, head of the Phuket provincial marine, said the fire occurred at around 5pm.

The MJ yacht, with nine passengers on board, left Yacht Heaven Marina in Thalang district before it caught fire. All passengers were rescued and taken to the yacht marina by fishing boats, said Mr Wiwat.

The fire occurred during heavy downpours and lightning struck the yacht at the time. The catamaran was completely destroyed. 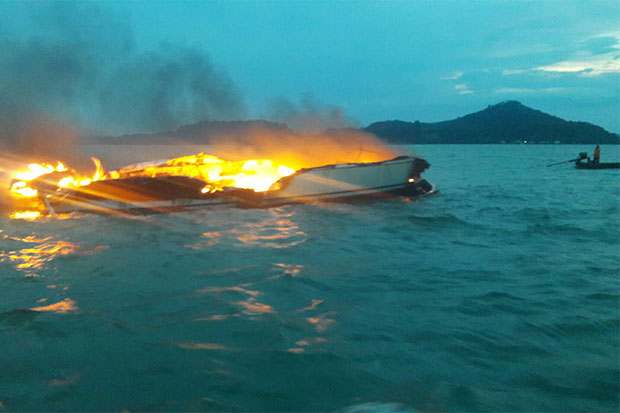