The cabinet on Tuesday gave the green light to waive the visa-on arrival fee for visitors from 21 countries for two months to give the tourism industry a much-needed boost.

Government spokesman Buddhipongse Punnakanta said the cabinet agreed with a draft ministerial regulation to waive the 2,000-baht fee from Dec 1 to Jan 31 for visitors staying in the country for no more than 15 days.

According to the Immigration Bureau, the number of tourists seeking visas on arrival from January 2016 to the present has kept falling, prompting the government to come up with the measure, said Mr Buddhipongse.

The waiver of the visa-on-arrival fees will stimulate the tourism sector, drawing more foreign visitors to the country and generating more income. The number of tourists will be increased by at least 30%.

He brushed aside the concern that the waiver would result in revenue losses, saying the measure would stimulate tourism and generate huge incomes for the country. This would result in the sustainable tourism growth, he added.

The Joint Standing Committee on Commerce, Industry and Banking earlier pointed to the fall in the number of Chinese tourist arrivals, attributing it to a loss of confidence and to the weakening of the Chinese currency and Chinese people's purchasing power as a result of the trade war. 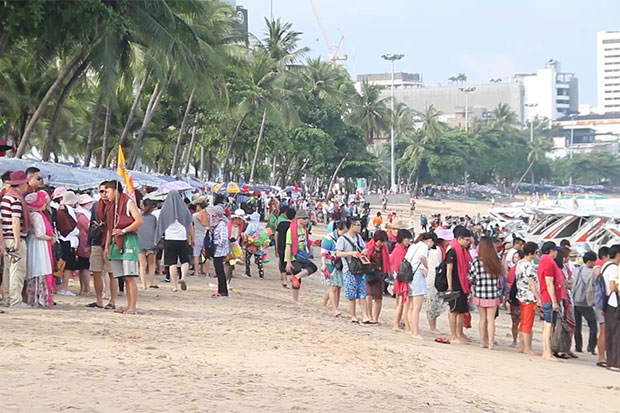 In Pattaya, the municipality of the resort city on Tuesday held a meeting with business operators and representatives from concerned agencies to discuss measures to stimulate tourism following a sharp drop in the number of tourists, particularly the Chinese.

Ampai Sakdanukuljit Sliwinski, acting chief of the Chon Buri tourism and sports office, said the number of arrivals to this eastern province last year stood at 17 million, generating an income of 240 billion baht and ranking Chon Buri third in terms of tourism revenue.

Of all tourists to Chon Buri last year, 2.5 million were Chinese, followed by Russians and South Koreans, said Ms Ampai.

However, the number of tourist arrivals, particularly from China, dropped this year. She attributed the decline to safety concerns, particularly in water activities.

In 2016, water activities claimed the lives of 14 Chinese tourists. Last year, there were three Chinese deaths. This year, the number of Chinese deaths rose to nine, she said.

She suggested that measures should be urgently drawn up to reduce the deaths to zero in a bid to restore confidence.

Poramet Ngampichit, deputy mayor of Pattaya municipality who chaired the meeting, said the municipality has put in place measures to boost safety in water activities and land transportation.

Campaigns about safety measures must be stepped up to bring back tourists, he said. 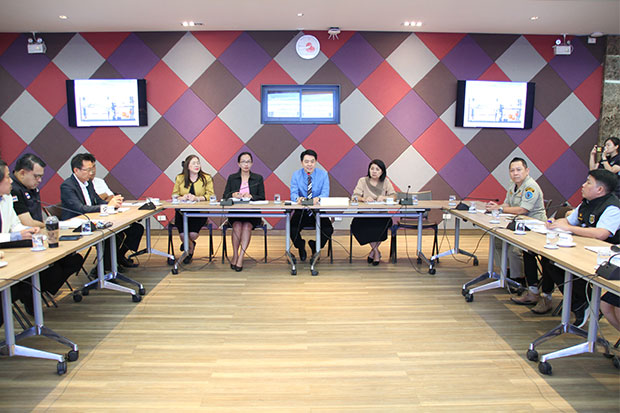 The Pattaya municipality holds a meeting with representatives from the private and sectors to discuss measures to boost tourists in this beach town. (Photo by Chaiyot Pupattanapong)