The cabinet on Tuesday gave the green light to waive the visa-on-arrival fee for visitors from 21 countries for two months to give the tourism industry a much-needed boost. 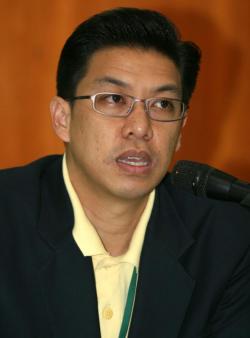 Government spokesman Buddhipongse Punnakanta said the cabinet agreed with a draft ministerial regulation to waive the 2,000-baht fee from Dec 1 to Jan 31, 2019 for visitors staying in the country for no more than 15 days.

"According to the Immigration Bureau, the number of tourists seeking visas on arrival from January 2016 to the present has kept on falling, prompting the government to come up with the measure.

"The waiver of the visa-on-arrival fees will stimulate the tourism sector, drawing more foreign visitors to the country and generating more income. The number of tourists will increase by at least 30%," said Mr Buddhipongse.

Earlier, Pol Maj Gen Surachate Hakparn, acting chief of the Immigration Bureau, said the waiver was to be put to the cabinet for approval on Tuesday.

He brushed aside concerns the waiver would result in revenue losses, saying the measure would stimulate tourism and generate income for the country.

The Joint Standing Committee on Commerce, Industry and Banking earlier pointed to the fall in the number of Chinese tourist arrivals, attributing it to a loss of confidence in Thailand, the weakening of the renminbi and reduced purchasing power as a result of the Sino-US trade war.

In the first nine months of this year, there were 28.54 million foreign visitors, up 8.7% on-year. Chinese arrivals grew 13.3% in the same period but dropped 8.8% in the third quarter.

The waived fees are expected to help.