The lawyer for an Australian man and his Thai wife sentenced to death in a drug smuggling case says he intends to appeal their conviction.

Luke Cook, 34, of Perth, and Kanyarat Wechapitak, 40, were convicted this week in a Bangkok court in connection with a 2015 plot to smuggle about $300 million worth of crystal methamphetamine into Thailand and then on to Australia. 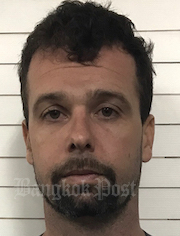 Pipat Chantakul told the Australian broadcaster ABC there was no evidence to prove his clients had any involvement with the drugs at the centre of the case. He said he would submit an appeal within 30 days.

In any case, the death sentences handed down this week are expected to be commuted to life prison terms, ABC said.

Cook, a former member of the Hells Angels motorcycle gang and owner of a pub in Pattaya, was arrested along with Kanyarat at Suvarnabhumi Airport in December last year.

Police said the couple had earlier bought 500 kilogrammes of crystal meth, also known as ice, from a Chinese supplier in international waters and stored it aboard a boat.

While the boat was heading back to shore in Sattahip district of Chon Buri, they encountered a patrol boat and dropped the drugs into the sea before escaping. 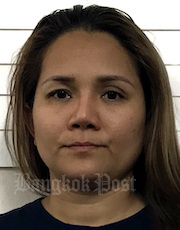 More than 50kg of ice later washed ashore at a beach in Rayong.

An Australian Department of Foreign Affairs and Trade spokesperson declined to comment specifically on Cook, citing privacy rules, but said the government was providing consular assistance to an Australian in Thailand.

Assets worth 30 million baht belonging to the couple were seized after their arrest.

Cook was convicted in 2015 of helping convicted killer Antonio Bagnato flee to Cambodia after the murder of Hells Angels boss Wayne Schneider in Pattaya. Cook was sentenced to three months but the term was suspended because he pleaded guilty.

He returned to his life of luxury in Pattaya, where he ran a bar and other businesses, before authorities caught up with him again in connection with the drug case.