The Support Foundation staged a performance of the classic khon dance episode, 'The Allegiance of Phiphek' earlier this month. (Photo provided)

In a move certain to rile Thai nationalists and cultural experts, Unesco has listed a version of <i>khon</i> dancing as a Cambodian cultural heritage.

Thailand also had applied for Unesco heritage of the dance, a ritualistic performance where heavily costumed dancers frequently wear masks and stylistically act out portions of the Ramayana, more generally known in Thailand as Ramakien - the story of the monkey king.

At a meeting in Mauritius, Unesco considered and approved cultural protection for what Cambodia calls Lkhon Khol.

The differences between the Cambodian and Thai versions of the performance are not immediately evident. The Unesco decision in effect throws out the Thai application to have khon listed as a Thai - in the formal UN application language - "intangible cultural heritage in need of urgent safeguarding".

Cambodian strongman Hun Sen immediately posted the result in a gleeful message on his Facebook page.

"The decision by the committee is a big national pride," the post said. "It happened because of efforts by the government, local artists, civil society and encouragement from the public, which brought us successful results."

Concerned Thais are likely to agree only in reverse, and probably will blame the government for not taking proper action to list khon as a Thai heritage.

Both Thais and Cambodians claim ownership over the masked dance, and a feud erupted online two years ago when Cambodia first filed for recognition.

Khon dancing had largely faded as a popular cultural event by the mid-1900s. MR Kukrit Pramoj revived the art almost single-handed, and became known as one of the best khon dancers. MR Kukrit died in 1995. 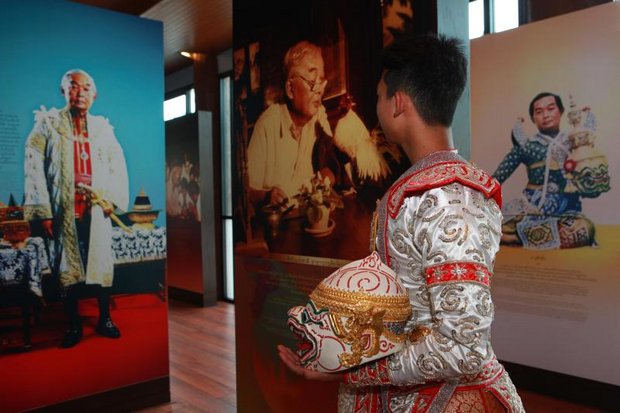 Up to today, Thai 'khon' dancers pay tribute to MR Kukrit Pramoj, a highly talented performer credited with reviving the art in the latter half of the 20th century. (File photo by Somchai Poomlard)

In 2016, Culture Minister Vira Rojpojchanarat said that Thailand would not contest Cambodia's proposal because it's a tradition shared by many Southeast Asian nations.

"There's no restriction that only one country can register it," Mr Vira said. "If Cambodia wants to register Khon as its world heritage, Thailand can do so as well, because it's a shared tradition. I think there won't be any problem."