One killed, one injured in violent collision
Thailand
General

One killed, one injured in violent collision

A scene from the severe car accident in Kanchanaburi. (Photos by Piyarat Chongcharoen)

KANCHANABURI: A police officer was killed and a noodle shopowner seriously injured after their pickup trucks collided head-on in Sai Yok district of this western province on Sunday.

The accident occurred shortly after midnight near a village in tambon Sing at kilometre marker 105 on Highway 323.

The head-on collision involved two Toyota pick-up trucks, one driven by Kijja Prateep, 48, the owner of a well-known noodle shop in Muang district, and the other by Pol Sub-Lt Thitipong Inhangwa, 53, of Thong Pha Phum police station.

Mr Kijja was seriously injured. He was rushed by rescue workers to Sai Yok Hospital. Pol Sub-Lt Thitipong died of serious injuries behind the wheel.

Police were investigating to establish the cause of the crash. 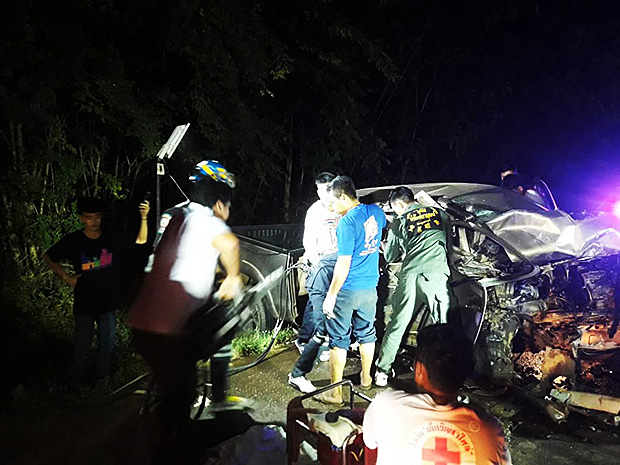