The Siamese fighting fish, or 'pla gud' is listed as a national aquatic animal.

The Siamese fighting fish, or <i>pla gud</i>, has been formally recognised as the national aquatic animal by the National Identity Committee (NIC), according to the Prime Minister's Office Minister, Suwaphan Tanyuvardhana.

The pla gud was given the formal recognition at the NIC meeting chaired by Deputy Prime Minister Wissanu Krea-ngam Thursday.

The listing of the pla gud was recommended by the Fisheries Department and the Agriculture Ministry.

It was the second time the issue was brought before the NIC. This time, the pla gud won the recognition after the Fisheries Department chief and a team of academics explained the significance of the fish in the country's history and the merits of declaring them as part of the national identity, according to Mr Suwaphan. 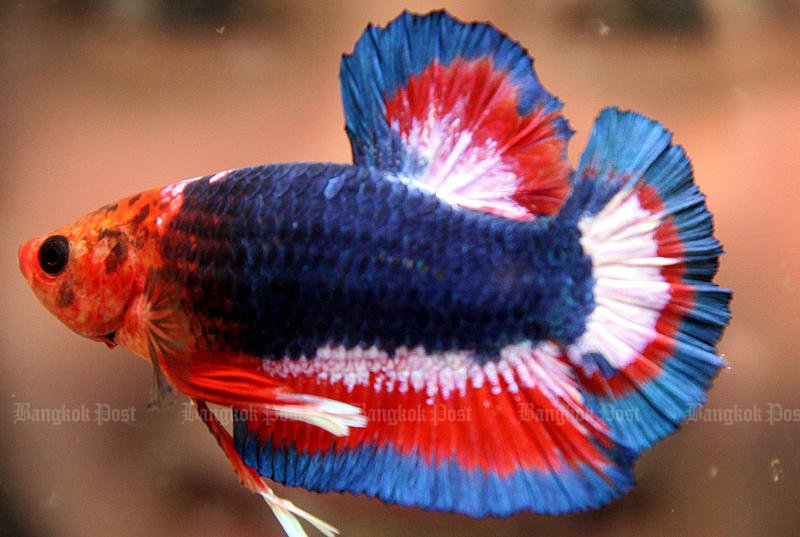 This pla gud won international honours for the piscine version of 'best costume'. Siamese fighting fish come in various colours, seldom as spectacular as this one.

The minister said the Fisheries Department has presented comprehensive information about the fish, which adequately supports the NIC's decision to put them on the list of national aquatic animals.

He said the department has explained that pla gud have many cultural and historical associations, and have been mentioned extensively in Thai novels and literature.

The fish also holds scientific value as it has been the subject of academic studies on aquatic animals. Mr Suwaphan said the colourful, ornamental fish were discovered in Thailand and are most often found in the Chao Phraya River in Bangkok.

Mr Suwaphan added that now that the fish is recognised as a national aquatic animal, more people will find an incentive to commercially breed them, which will help with their conservation.