Surat Thani governor Witchawut Jinto on Wednesday ordered officials from the provincial marine office to strictly monitor all ships, including speedboats and ferries, in the province from Thursday to Saturday. The storm is expected to hit all districts, including Koh Samui and Koh Phangan.

All national parks and tourist spots must be ready to close immediately if the situation demands it, he added. Flash floods are possible in some areas in the province.

A command centre has been set up on Koh Samui by the district office, and district chief Kittiphob Roddon on Wednesday advised tourist boats to cancel services on Wednesday. 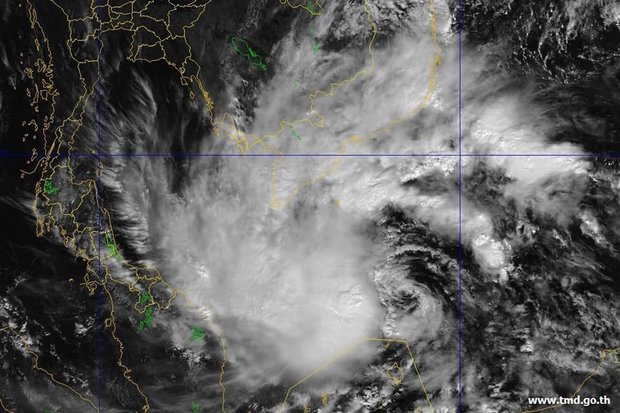 Ang Thong Marine National Park will close from Thursday to Saturday for the safety of tourists.

Seatran Ferry announced that Thursday afternoon boat service between Don Sak district and Samui island will be cancelled. The last ferries on Thursday will leave both the mainland and Samui at 1pm.

The firm will not accept advance reservations for ferries on Friday and Saturday and the schedule could be adjusted if necessary, it added.

Raja Ferry, another ferry operator, could not be reached when contacted by the Bangkok Post.

Pabuk has gathered strength, turning from a tropical depression into a storm on Tuesday, and could bring torrential rain and high seas to the Gulf of Thailand over the next three days.

The weather update of the Meteorological Department at 5pm said the storm could move through Chumphon and Surat Thani on Friday night. Most parts of Koh Samui will see heavy rain until Saturday and rough seas are also predicted, it added.

The storm will also hit all provinces in the southern region, including provinces on the Andaman coast.

Coastal fishermen are towing their boats from the sea in the Gulf of Thailand to prevent storm damage. 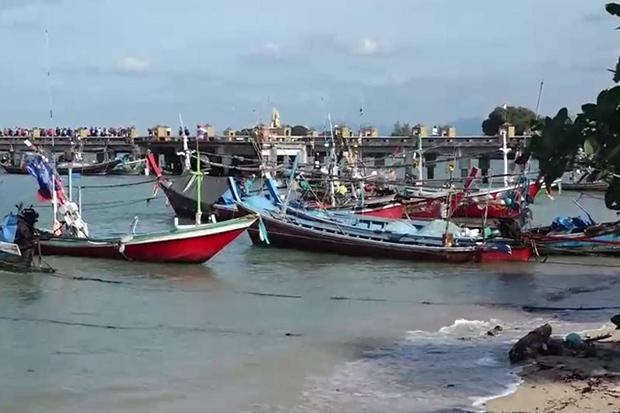 Small boats are seen in Surat Thani on Wednesday. (Photo by Supapong Chaolan)

Prime Minister Prayut Chan-o-cha told the cabinet to advise all trawlers and tourist boats operating on the Gulf and Andaman sea to take exercise caution or temporarily cancel their operations as the storm approaches.

Royal Thai Navy commander Adm Leuchai Ruddit ordered HTMS Angthong, a landing platform dock frigate, to remain on standby at the Sattahip naval base to help in case people affected by the storm.

It can operate at sea for 45 days at a time.

Officials and fishermen in the southern provinces are also bracing for heavy rain, flash floods and mudslides. Surat Thani governor Witchawut Chinto has ordered pumps, boats and trucks to be ready.

In Yala and Phatthalung, officials are keeping close tabs on water levels in reservoirs and rivers.

The worst natural disaster caused by a tropical storm was 1962 when Harriet hit southern parts of the country.