Sa-ard Piempongsan, a legendary actor and 2014 national artist in the field of the performing arts, died of heart failure at Vajira Hospital on Sunday morning at the age of 88, according to media reports.

Sa-ard was pronounced dead at 8.04am today by doctors at Vajira Hospital, where he was admitted for treatment on Dec 21.

His body will be placed in Sala 2000 pavilion at Wat Phrasrimahathat in Bang Khen. Schedules for the bathing rite and funeral have yet to be announced.

Born on June 24, 1932, Sa-ard, nicknamed Lek, was a renowned actor, television scriptwriter and film director. He graduated from Nihon University in Tokyo, Japan in 1955.

At the age of 23, Sa-ard became a pioneering producer of television programmes for TV Channel 4 Bang Khun Phrom. He made his debut as a leading actor for the TV drama Duek Sia Laew, with Yenjit Sammaphan as the leading actress.

He went on become a leading actor and director of a number of Thai films and TV dramas.

Sa-ard was named a national artist in the performing arts field in 2014. 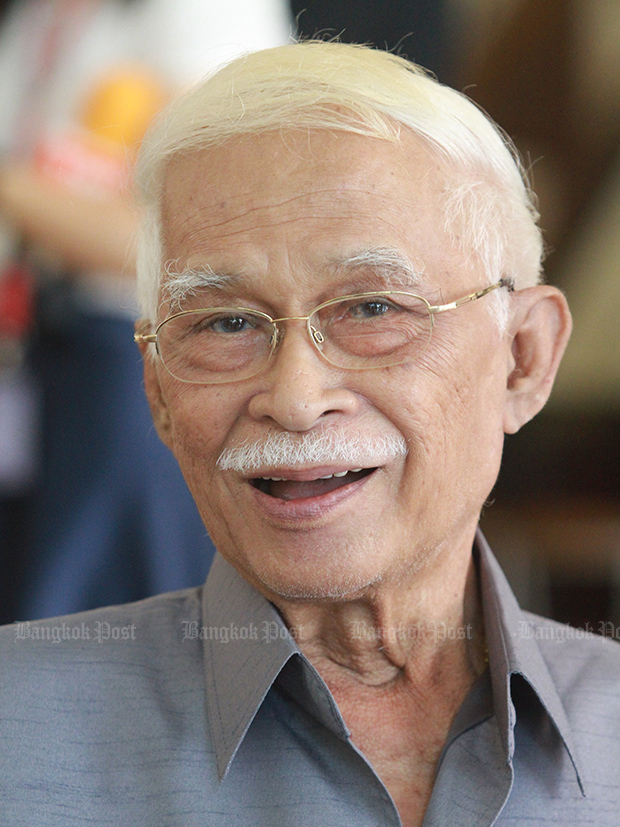