Police handling a rape case against a physical education teacher at a schoolin Wat Sing district, Chai Nat say health checkup results found there were traces of rape on a 12-year-old schoolgirl. (Photo by Chudate Seehawong)

A twelve-year-old schoolgirl was raped, a medical examination revealed, and a police investigation report implicating a teacher in Chai Nat is expected to be submitted to prosecutors on Friday, police said.

The girl's mother took her daughter to the provincial Damrongtham complaint centre and alleged Damrong Ruengboon, 40, a physical education teacher, raped the 12-year-old on two occasions in September and October last year.

The family sought help from the centre because they feared the accused teacher might escape punishment. When the alleged crime first came to light, the school transferred Mr Damrong to the Wat Sing municipality’s education section.

The municipality, which runs the school, ordered a disciplinary probe into the accused teacher.

The girl’s mother told the Bangkok Post that the accused teacher had tried to offer her family 200,000 baht via a relative to drop the case, but she refused.

“We will not accept any money from Mr Damrong, because what he did to my daughter leaves a stigma that will ruin her life," the girl's mother said. "Even though our family is poor, we will not take his money.  Money cannot buy human dignity. More importantly, the teacher is not remorseful for his act. We will fight to the end.’’ 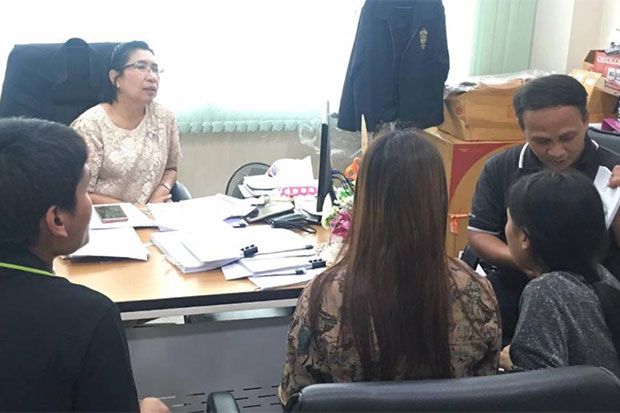 A mother takes her daugther, 12, to file a complaint with the Chai Nat Damrongtham complaint centre against Damrong Ruengboon, 40, a physical education teacher , for allegedly raping the girl. (Photo by Chudate Seehawong)

The move came after the girl's family, accompanied by lawyer Ronnarong Kaewphet, sought justice from the Crime Suppression Division (CSD) since there was little progress in the police investigation.

On Wednesday, the three were taken to the provincial juvenile and family court. Police investigators and a team of psychologists interrogated the accused teenagers.

The girl's mother took Mr Ronnarong, the lawyer, to the scene of the alleged rape in the public toilet on the beach.

She said she had filed the complaint with local police more than a month ago, but the officers never summonsed the accused teenagers for questioning, nor inspected the scene of the alleged crime. This prompted her to seek help from the lawyer, who took her to the CSD.

According to the woman's account, her daughter told her that she went to have pork barbecue with friends, including the three accused rapists, at the beach in Pran Buri district on Nov 30.

When the girl wanted to go home, the three youths offered to give her a ride on a motorcycle, but said they had hidden the key in a public toilet about 500 metres away.

When arriving at the toilet, the mother said, they pushed the girl inside, took turns raping her and then left her in the toilet.

When she arrived home, her daughter complained about stomach pain but did not want to see a doctor, the mother said. She then asked her what had happened.

After learning that her daughter had been gang-raped, she took her to file a complaint with Pak Nam Pran Buri police on Dec 2. 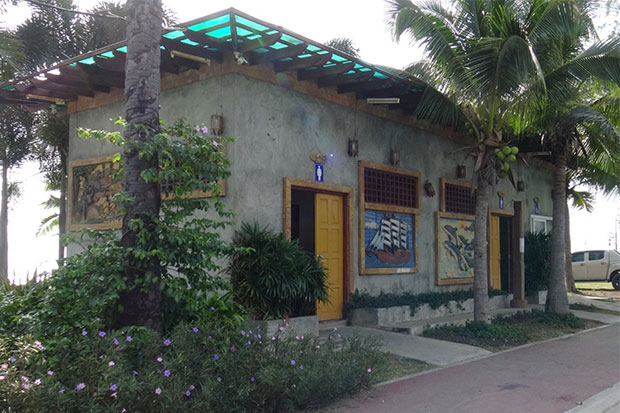 KANCHANABURI: Twenty-one Myanmar nationals were arrested after they illegally crossed the border into Thailand in Sangkhlaburi district, entering through a rubber plantation, on Tuesday morning.