Explosive ordinance disposal officers inspect the murder scene under a building at Bukoh School in Yarang district, Pattani, where four defence volunteers were shot dead while children were studying in classrooms above. (Photo by Abdullah Benjakat)

PATTANI: Four defence volunteers were shot dead inside a school in Yarang district shortly before noon on Thursday, as the violence shows no sign of easing in the far South.

They were slain at Bukoh school in tambon Prachan about 11.45 am, said Pol Lt Wicha Noopaennoi, deputy investigation chief at Yarang police station.

The four defence volunteers were assigned to provide protection for teachers and students.

They were sitting under a raised school building. Armed men dressed like soldiers arrived on motorcycles. They pretended to inspect the school, greeted the security detail, and then opened fire on them.

The gunmen then fled with the slain men's four AK rifles, Pol Lt Wicha said. They scattered metal spikes over the road behind them as they left.

Explosive ordnance disposal officers were dispatched to scour the school grounds and surrounding areas for bombs.

Police investigators reported there were at least eight attackers. There was evidence the two sides had exchanged fire. Some of the gunmen might have been hit.

A massive hunt was launched for the assailants.

A teacher said students were studying in class on the floor above. Kindergarten pupils were having lunch in rooms on the first floor near the scene of the attack.

The shooting frightened both the students and teachers, whose morale was severely shaken, the teacher said.  All students were quickly picked up by their parents after the attack. (continues below) 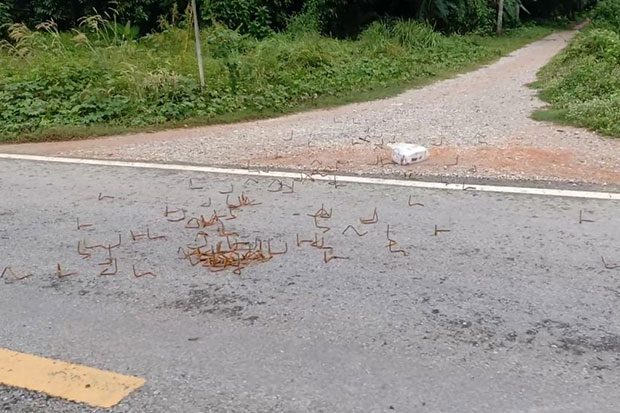 He expressed his condolences to the families of the slain volunteers, who had performed their duty well, protect people until their lives were ended. Their families would receive welfare benefits.

The attack showed the assailants were willing to violently attack people without choosing specific targets, he said.

On Jan 8, a car bomb went off in Thepa district of this southern province, destroying a power transformer and injuring two policemen. The explosive was packed in two 15kg gas cylinders in the back of a pickup truck stolen from a retired teacher, Amata Samonthanthawee, 62. Amata was hanged by insurgents at his home in Saba Yoi district before the truck was used for the car bomb. 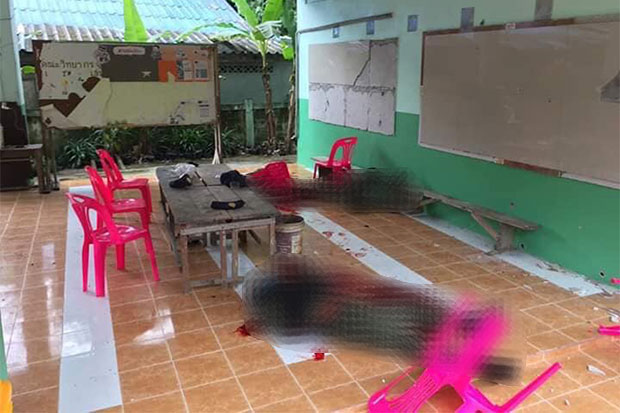 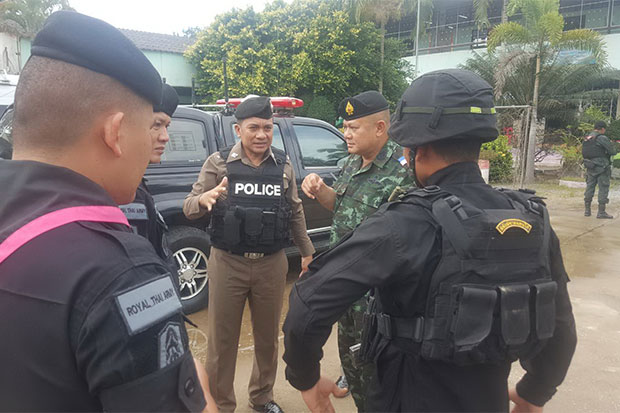 Police and bomb disposal officers inspect the scene of the lethal attack at Bukoh School in Pattani. (Photo by Abdullah Benjakat) 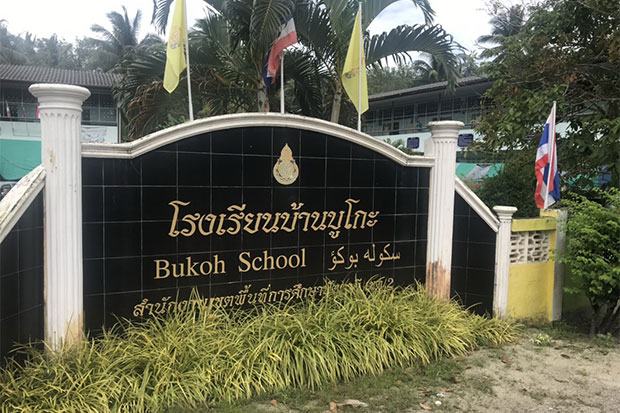