The skyline is seen through polluted air during a poor air quality day in Bangkok on Monday. (Reuters photo)

Chayapol Thitisak, director-general of the Department of Disaster Prevention and Mitigation, said unhealthy levels of particulate matter of 2.5 micrometres or less in diameter ranged from 54 to 87 microgrammes per cubic metre of air over the previous 24 hours. The maximum safe threshold is 50mcg. 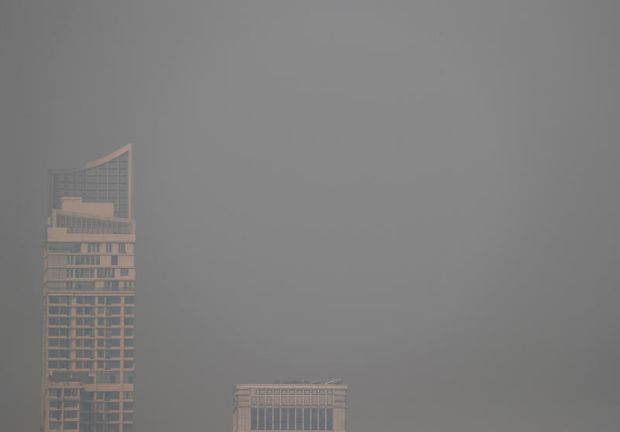 A condominium tower is seen through polluted air during a poor air quality day in Bangkok on Monday. (Reuters photo)

Constitutional Court rules that PM Prayut's tenure has not reached its 8-year limit because it started on April 6, 2017, when the present charter took effect.