Visitors to a department store in Bangkok on Monday receive free face masks courtesy of the Health Ministry to help cope with hazardous levels of dust particles in greater Bangkok. The Pollution Control Department reported even worse air pollution due to stagnant air on Tuesday. (Photo by Varuth Hirunyatheb)

The smog was even worse in greater Bangkok on Tuesday, with hazardous dust levels of 51-93 microgrammes and the highest pollution in Krathum Baen and Muang districts of Samut Sakhon.

The levels of particulate matter with 2.5 micrometres or less in diameter (PM2.5) ranged from 51-93 microgrammes per cubic metre of air in the past 24 hours, compared with the 50mcg safe threshold, the Pollution Control Department reported. 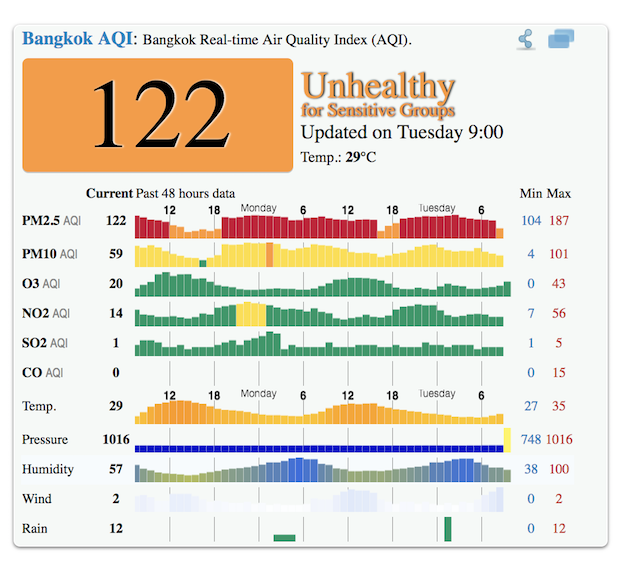 The worst situation was in Samut Sakhon province where dust levels exceeded 90mcg in tambon Om Noi of Krathum Baen district and on Rama II Road in Muang district. 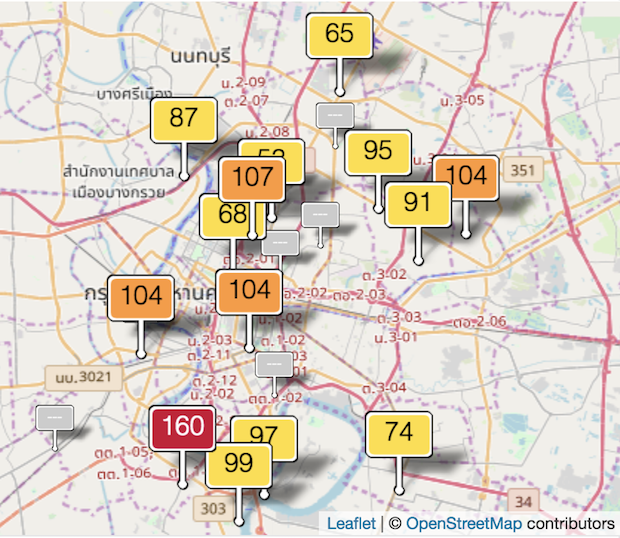 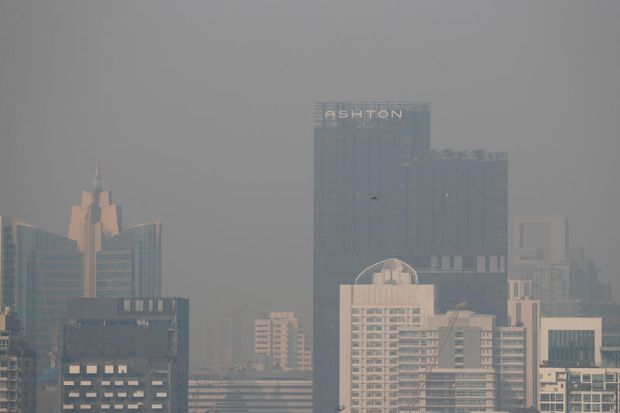 The skyline is seen through polluted air in Bangkok on Monday. (Reuters photo)

The Pollution Control Department attributed the conditions to stagnant air and said forecast winds should alleviate some of the problem on Wednesday.

The website aqicn.org, however, forecast continuing high levels of cancer-causing particulate dust for the next week.