One dead, 4 injured in accident at Airport Link car park

The scene of the fatal accident in the Rail Link car park at Suvarnabhumi airport on Thursday afternoon. One person was killed and two injured.(Photo taken from Soranat Ouphaichai Facebook page)

An accident involving a fire extinguisher left one person dead and four others injured in the Rail Link station car park at Suvarnabhumi airport on Thursday afternoon.

An Airport Rail Link statement said the accident occurred at 1.20 pm when a large fire extinguisher cylinder (FM200) in the ARL employees' car park zone was being replaced by the contractor.

A cylinder valve was knocked loose, suddenly releasing the compressed gas stored inside.

The force of the outpouring gas propelled the cylinder across the floor and it hit five of the contractor's workers.

Four were hurt, one seriously, and the other died of his injuries, the statement said.

Early reports by Thai media of the accident were confused, with different casualty figures, a different time and unconfirmed, and since discounted, reports of an explosion in the airport car park. 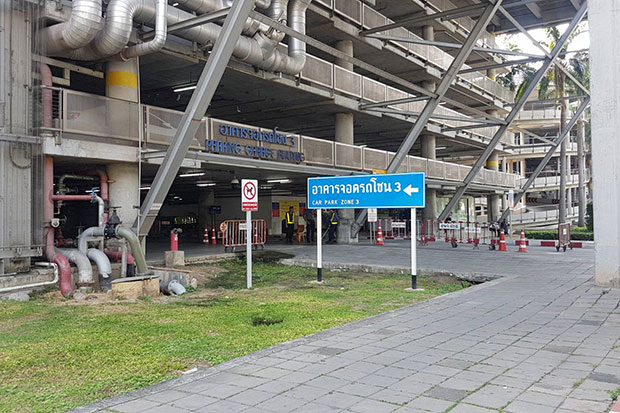 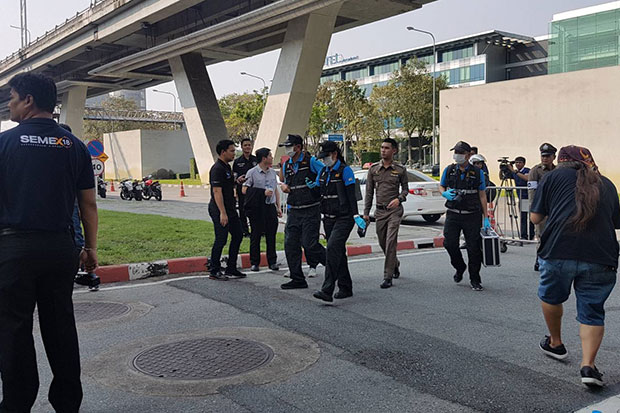 Police and forensic officers arrive at the airport to inspect the scene the incident. (Photo by Sutthiwit Chayutworakan)