Villagers rally to save ancient ruins

A protest against oil exploration in Phetchabun province has flared up as locals fear the activity will spoil the government's bid to have Si Thep Historical Park listed as a Unesco World Heritage Site.

The ancient ruins were thrust into the media spotlight when a public hearing on oil exploration in the area was conducted from Feb 25 to 27.

Many villagers attended the forum to vent their opposition to the oil project. 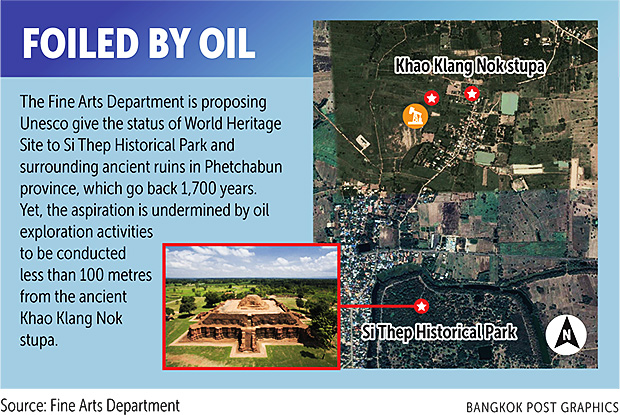 Villagers support that plan, but are against the petroleum exploration plan proposed by Eco Orient Resources (Thailand), owned by Hong Kong-based Eco Group. 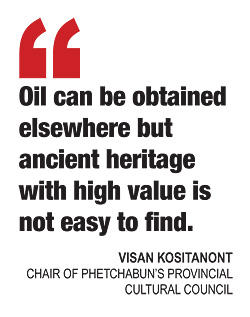 It wants to look for oil at a site close to the ruins which have been there for 1,700 years.

Eco Orient Resources was granted concessions to explore oil-drilling in Si Thep district 15 years ago.
The oil exploration site is about 100 metres from Khao Klang Nok ancient stupa and 1.3km away from the main Si Thep Historical Park.

Khao Klang Nok stupa and nearby ruins are considered part of the Si Thep Historical Park.

"Oil can be obtained elsewhere but ancient heritage items with high value are not easy to find," he said.

Si Thep Historical Park is an ancient city that shows evidence of the Thawarawadi ancient civilisation.

"The site is a gem of the heritage of our nation and the whole area should be protected as there are ongoing archaeological excavations to find other ancient ruins under the ground," he said. Khao Klang Nok is the stupa of a Thawarawadi temple within the Si Thep Historical Park. Plans call for oil exploration within 100 metres of the stupa. (Photo by Melalin Mahavongtrakul)

Chonsucha Vichaitanaphat, head of the provincial chamber of commerce, said if Si Thep ancient ruins are listed as a Unesco World Heritage Site, "Income from cultural tourism will create a sustainable economy for locals. The revenue will be more than that which the state will get from oil concession fees."

Last Friday, FAD director-general Anandha Chuchoti sent a letter to the exploration company asking it to "move its production site away from the ruins to avoid causing damage to structures of this ancient site".

"It [oil activity] will undermine our chance to have the site listed as a Unesco World Heritage Site ... that is why we issued the statement," he told the Bangkok Post. 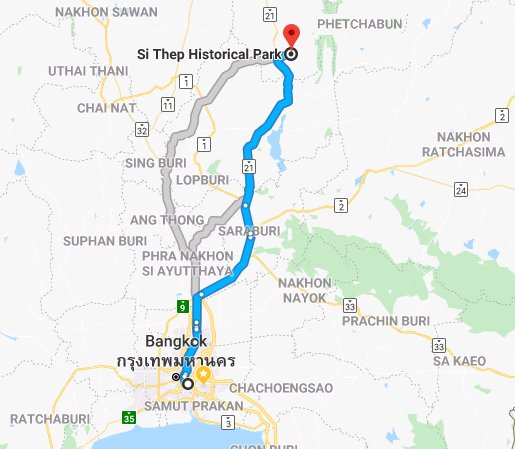 Last Saturday, activist firebrand Srisuwan Janya threatened to ask the FAD to exercise clause 7 of the Ancient Monuments, Antiques and National Museums Act to expand the archeological area, making sure it has a radius of more than 5 kilometres.

"If our request falls on deaf ears, we'll push for legal action to invite all parties to meet in court," Mr Srisuwan said.

Company representative Nawin Phannatham said the firm is gathering information about the issue concerning World Heritage site status to determine its next move.

He said at the hearing last month that the company is making concerns of the local community a top priority. The company will gather information to find out the impact of oil activity at the site. The next hearing will be held in April.