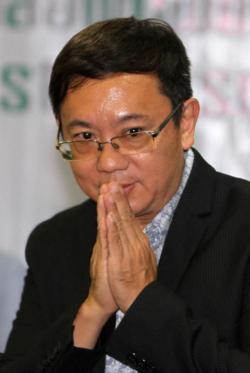 Mongkol will succeed Pramet Lekpet of the Thai Rath daily to lead his fellow journalists on a path that he said is "increasingly challenged by many pressures".

The pressures, he said, come from fake news that benefit certain groups and the growing influence of online platforms, such as Facebook and Twitter, which not only draw huge audiences but also allow individuals to produce and communicate their own stories.

"Media crews must catch up and at the same time, maintain their quality and standards for the public's sake," he said.

A graduate of Chulalongkorn University's Faculty of Communication Art, Mongkol specialises in law due to his decades-long experience in reporting on legal issues.