This old air force AU-23 Peacemaker gunship was damaged when it crash-landed in Khlong Hoi Khong district of Songkhla province around noon on Tuesday. The three crew received only minor injuries. (Photo supplied)

SONGKHLA: Two air force pilots and a mechanic were slightly injured when their old AU-23 Peacemaker crash-landed in Khlong Hoi Khong district around noon on Tuesday.

RTAF spokesman AM Pongsak Semachai said the single-engined plane took off from the 9th ad hoc air force command in Pattani province at 11.56am, heading for Wing 56 in Khlong Hoi Khong.

It suffered an engine problem as it was approaching Wing 56 and the pilot made a hard, forced landing in the grounds of Wat Bang Sala in tambon Ban Phru of Khlong Hoi Khong.

The three crew were slightly injured and taken to a local hospital, said AM Pongsak, also director of civil affairs.

The air force received the AU-23 Peacemaker gunship, a utility transport plane, from the United States in 1972. The US used a small fleet of the modified Peacemaker, originally a single-engine Pilatus PC-6 Porter built in Switzerland, for counter-insurgency missions during the Vietnam war.

All were later sold to the Royal Thai Air Force. 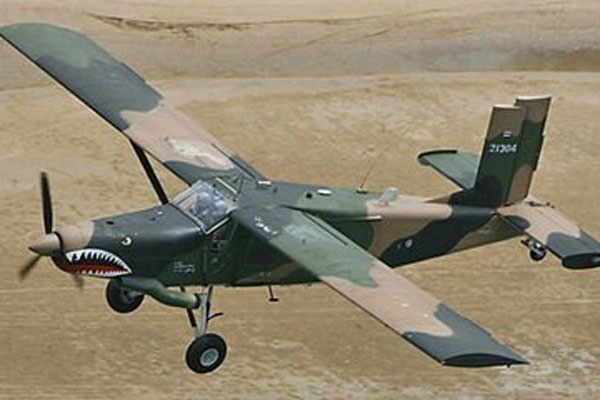