These tunnels on Highway 304 linking Nakhon Ratchasima and Prachin Buri will be officially opened on Saturday. Wild animals have already been spotted near the wildlife corridor above them. (Photo by Manit Sanubboon)

PRACHIN BURI: Animals have been spotted near the wildlife corridor above the new tunnels on Highway 304, linking Nakhon Ratchasima and Prachin Buri, which will be officially opened on Saturday.

The wildlife corridor, which links Khao Yai and Thap Lan national parks, and the traffic tunnels are on the Kabin Buri-Pak Thong Chai route.

The entire complex was built by the Highways Department to enable the safe passage of animals across a road that has taken a high toll of wildlife and prevented the spread of animals between the two parks.

Prawatsart Chanthep, head of Thap Lan National Park in Na Di district of Prachin Buri, said all work has now been completed. Camera traps are also installed along the approaches to the corridor. 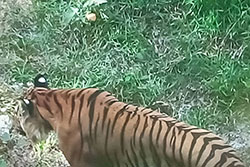 A tiger and other wild animals have been seen near the new wildlife corridor over Highway 304 in Prachin Buri province. (Photo by Manit Sanubboon)

They have captured pictures of many animals nearby, including  barking deer, deer, serow, leopard cats, wild boar and monkeys.

This showed that the animals had already started checking out the crossing. However, they were still reluctant to cross the corridor, possibly because they were not yet familiar with the sound of vehicles passing through the tunnels below.

Once they became accustomed to the noise, they would begin crossing the road to the forest on the other side, said Mr Prawatsart.

Park officials had also found the tracks of  animals such as the Asiatic black bear and Bengal tiger near the corridor.

The national park head said construction of the tunnels and the wildlife crossing had cost more than 9 billion baht -- a worthwhile investment.

“In the future, there will be tourism management in the area. We will promote the planting of food crops in both national parks for wildlife. Pathways will be set up for the safety of the animals,’’ he said. 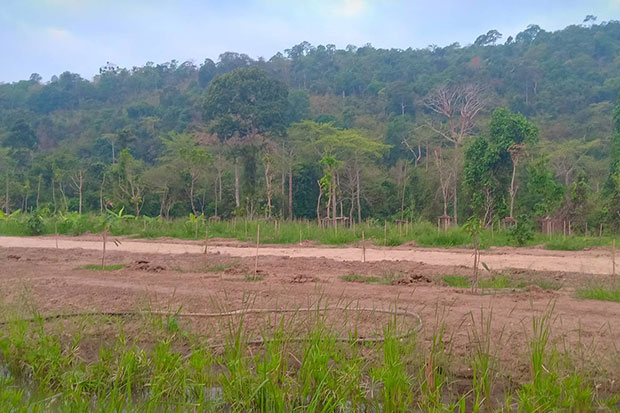 The wildlife corridor above the highway. (Photo by Manit Sanubboon) 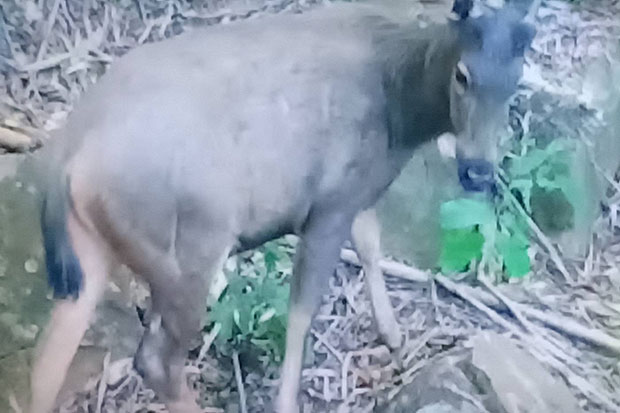 A serow spotted near the wildlife corridor. (Photo by Manit Sanubboon)