'I would die for this country': Prayut
Thailand
General

'I would die for this country': Prayut

Prime Minister Prayut Chan-o-cha stole the show on Friday on the last day of election campaign rallies when he appeared on the Palang Pracharath Party's (PPRP) rally stage to the surprise of cheering crowds at Thephasdin Stadium near the National Stadium in Bangkok.

It was his first public appearance at a PPRP campaign event since he was nominated as its prime ministerial candidate.

Until Friday evening, Gen Prayut, who turned 65 on Thursday, had avoided appearing at PPRP campaign events, mainly out of fear he could be accused of abusing his office in violation of electoral laws.

As he walked to the rally stage, he shook hands with cheering supporters, some of whom gave him roses.

On stage he sang a song called, Yud Trong Nee Thi Ther (Stop Here for You).

The song is understood to portray the message that Gen Prayut is the best choice for peace and stability.

The prime minister spent about 15 minutes on stage. He promised to maintain peace and order, move Thailand forward, and improve the livelihoods of the Thai people.

"Maintaining peace and order is the most important priority for Thailand now. If you don't want to see turmoil in our country again, vote PPRP. I promise to move Thailand forward and improve everyone's lives," he said.

"Thank you everyone for supporting me. I promise to do my best to pay you back. I love Thailand and I would die for this country." 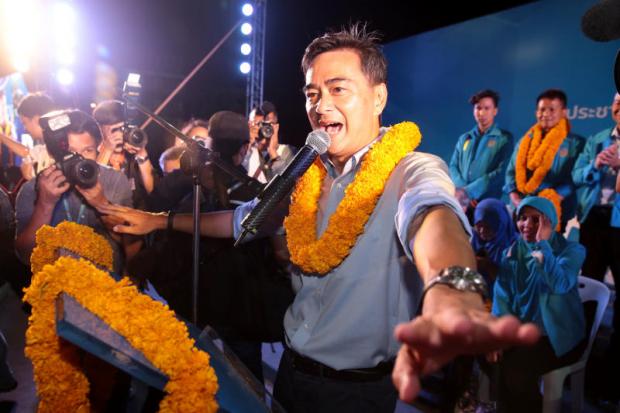 Other major political parties also pulled out all the stops to jostle for pole position and form the country's next government as they staged their final rallies ahead of tomorrow's general election.

The rally's motto was "Vote for Pheu Thai by a landslide to be the core of the next government".

Speaking to reporters before going on stage, Khunying Sudarat Keyuraphan, a Pheu Thai prime ministerial candidate, said, "Pheu Thai not only wants to win the most House seats, but also to have enough seats to stop efforts to keep the regime in power."

Khunying Sudarat urged the public to vote for the Pheu Thai Party to fight the 250 regime-appointed senators who can join MPs in choosing the next prime minister.

Pheu Thai's election campaign caravans will hit the road to woo voters in Bangkok and on the Thon Buri side of the Chao Phraya River on Saturday.

Mr Abhisit said before going on stage that he would focus on "honest democracy" and boosting the economy. 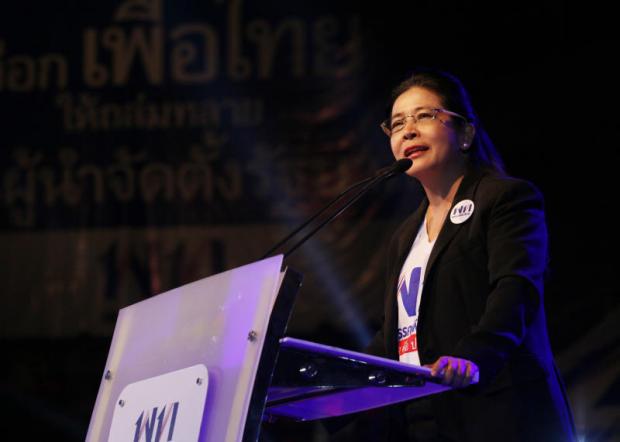 "In this election, the number of undecided voters is still high. Democrats are expected to get seats in constituencies they never got in the past. I reiterate that if the Democrat Party gets fewer than 100 MPs, I will definitely keep my word [to quit as leader]. No problem," Mr Abhisit said.

"We have our sights set on forming the core of a coalition government. We are fully equipped to restore the economy and rise to the many challenges facing society," Mr Abhisit said. 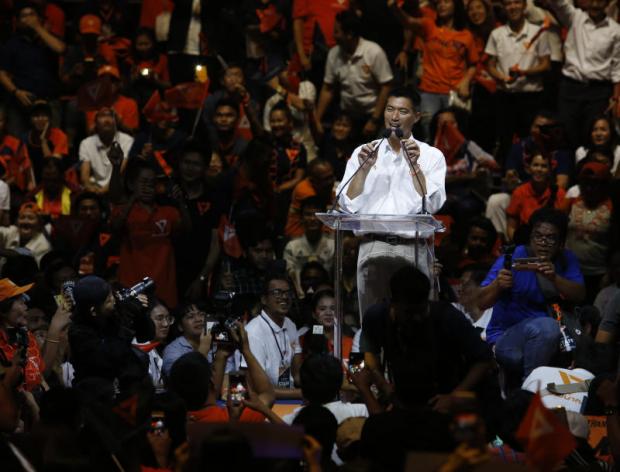 Future Forward Party (FFP) leader Thanathorn Juangroongruangkit promised he would dismantle "the legacy of authoritarian rule" if his party wins.

"We will discontinue the NCPO's rule, amend the constitution of 2017, and dismantle the legacy of the military junta," he said.