Police set out on a road safety inspection during the Songkran-holiday road safety campaign, which ran from April 11 to Wednesday night. (Photo by Somchai Poomlard)

There were fewer road accidents, deaths and injuries during the seven-day safety campaign for this year's Songkran holiday, which closed on Wednesday night.

The figures were released by the Road Safety Directing Centre on Thursday.

Lop Buri and Udon Thani recorded the most deaths, with 15 each, while Krabi, Phangnga, Sukhothai and Ang Thong had a clean sheet, with zero fatalities.

Chiang Mai and Nakhon Si Thammarat had 128 accidents each throughout the period, leading the country in this category. The southern province also had the most injuries,136.

Drink driving was given as the most common cause of accidents, followed by speeding. Most accidents involved motorcycles. (continues below) 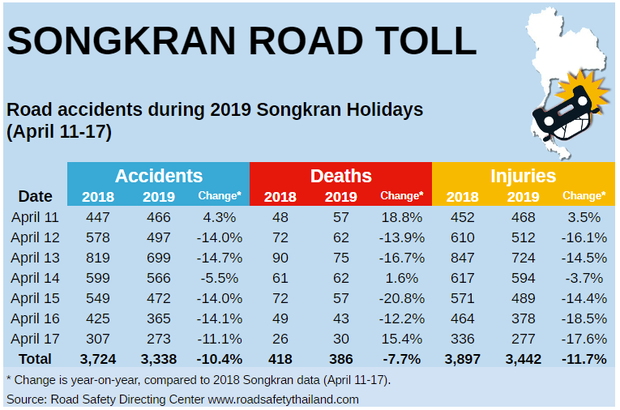 Deputy Interior Minister Suthee Boonmak told a media briefing that drivers under the influence of alcohol  and who ignore speed limits or drive against the traffic flow would be the prime targets for law enforcement in keeping the figures lower in future. 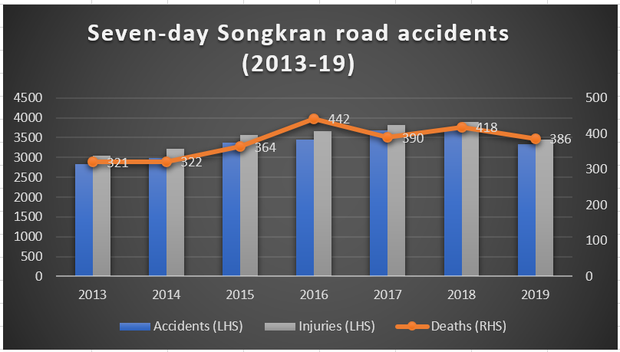