Their Majesties the King and the Queen greet an audience from the balcony of the Suddhaisavarya Prasad Hall in the Grand Palace on Monday. (Photo by Wichan Charoenkiatpakul)

Thais had a chance to see Their Majesties side by side in public for the first time during the grand public audience on Monday, as the coronation ceremonies were drawing to a close.

Well-wishers rushed for best viewing spots in the area outside the Grand Palace after security checkpoints opened around noon. By 2.30pm the area was fully occupied, forcing many to observe the event from afar. 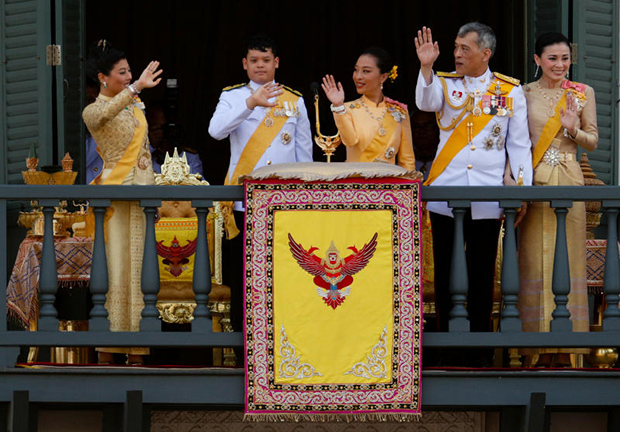 Shortly before 5pm, the king and the queen appeared on the balcony of the Suddhaisavarya Prasad Throne Hall before jubilant Thais. The Majesties waved to the people who braved the summer heat to see them.

All chanted "Long Live the King" and waved the yellow flags bearing the King's emblem to show loyalty to Their Majesties, while people across the country who were unable to come to the event watched the historic event live on TV Pool.

The grand public audience marked the first time Their Majesties appeared side by side in public since His Majesty was officially crowned the King of Thailand and Queen Suthida was subsequently named Her Majesty the Queen.

Her Majesty appeared in public on Sunday in a royal guard outfit, marching close to the King who sat on the royal palanquin Budtan Thong during a seven-kilometre royal land procession which lasted almost seven hours from 5pm. 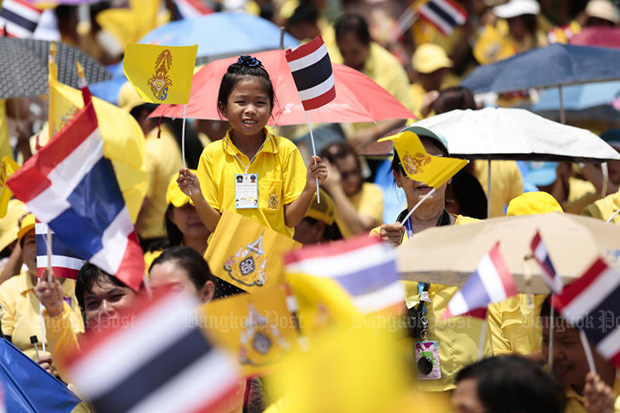 People from all walks of life cheer outside the Grand Palace as they wait for a public audience of Their Majesties. (Photo by Patipat Janthong)

On May 7, 1950, King Bhumibol and Queen Sirikit appeared on the same balcony to meet their people during the coronation ceremonies of King Rama IX .

The public audience was the next to last of the three-day ceremonies which ends with an audience granted by the King to diplomats to congratulate him.

A royal barge procession on the gracious Suphannahong royal barge for the King is planned for October. 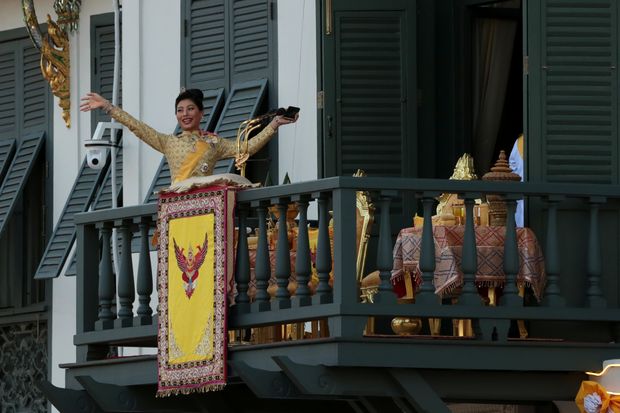 HRH Princess Siriwanwaree, the youngest daughter of His Majesty the King, waves to well-wishers. (Photo by Chanat Katanyu)