No US visa for stateless pupil
Thailand
General

No US visa for stateless pupil

A stateless student is now seeking assistance from the National Human Rights Commission after her application for a visa to attend a science competition in the US was rejected. 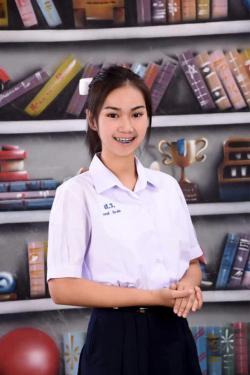 Eighteen-year-old Namphung Panya said the US Embassy in Bangkok denied her application for a visa to attend the Intel International Science and Engineering Fair to be held in Phoenix, Arizona between May 12-17.

"I was told that my application was rejected because I do not have the documents to prove my legal status in Thailand," said Ms Namphung, a straight-A student and freshman at Chiang Mai University's Faculty of Associated Medical Sciences. "Yet, I submitted official letters from several agencies including the Ministry of Education, the Ministry of Foreign Affairs and the National Human Rights Commission, that guarantee that I am in the process of obtaining Thai nationality."

The application was rejected as the US Immigration and Nationality Act, requires applicants demonstrate "strong ties" to their home country.

Born in Thailand and living in Chiang Rai province, near the Myanmar border, Ms Namphung is classified as stateless because her parents are from the Thai Yai ethnic group.

According to the cabinet's December 2016 decision, Ms Namphung has the right to apply for Thai nationality. She submitted her citizenship application in 2017 and used the travel documents for aliens issued by the Ministry of Foreign Affairs to apply for a US visa on May 1.

Surapong Kongchantuk, the former human rights commissioner of the Lawyers Council of Thailand, said her case is very rare, yet worrying.

He said the US Embassy has always granted visas to stateless persons who are travelling to join educational competitions or receive awards.

"What we should worry about is why the US Embassy rejected a child's visa application. It is breaching the spirit of human rights when a talented child is not given the ability travel to participate in a science competition," he said.

In a similar case, the Office of the Basic Education Commission (Obec) on Tuesdaydecided to assist a student after she made emotional pleas on social media for a chance to represent Thailand, after her team was selected to participate in the Genius Olympiad, a youth science competition in the US.

The 17-year-old student, Yonladee "Ploy" Phiyatat, is unable to leave Thailand due to her stateless status.

Ms Ploy earlier asked district officials in Phangnga to issue travel documents, but the process was too slow.