She is not a professional garbage collector -- she's the provincial chief prosecutor of Prachuap Khiri Khan. (Photo by Chai-wat Satyaem)

PRACHUAP KHIRI KHAN: Wimolphan Puttiwattanasathaporn works as the provincial chief public prosecutor on weekdays and moonlights as a beach trash buster on Sundays.

Residents in Muang district see her and other Trash Hero Prachuap Khiri Khan members walking for more than one kilometre along the beaches in the municipality every Sunday to collect garbage that disfigures the Prachuap Khiri Khan bay, one of the town's landmarks.

Trash Hero Prachuap Khiri Khan was set up in April to clean up beaches in the municipality every Sunday with a simple goal: to raise people's awareness that their small contribution to the town can make a big difference.

"One intent is definitely not to change people's behaviour or change the world," the group states in a message posted on its Facebook account. "All of us have the same thinking and goal; we want to see our beaches clean and bring a sustainable environment to the seaside."

Ms Wimolphan became the chief prosecutor in her home province in April and called a get-together of her school friends when they studied in the province to do good deeds by collecting garbage on the beaches. More people -- both local and foreigners -- later joined the group, which now has about 70 members.

The volunteers pick up about 200 kilogrammes of garbage on every weekly mission. Topping the list, she says, are cigarette butts. Other rubbish includes plastic water bottles and plastic straws. 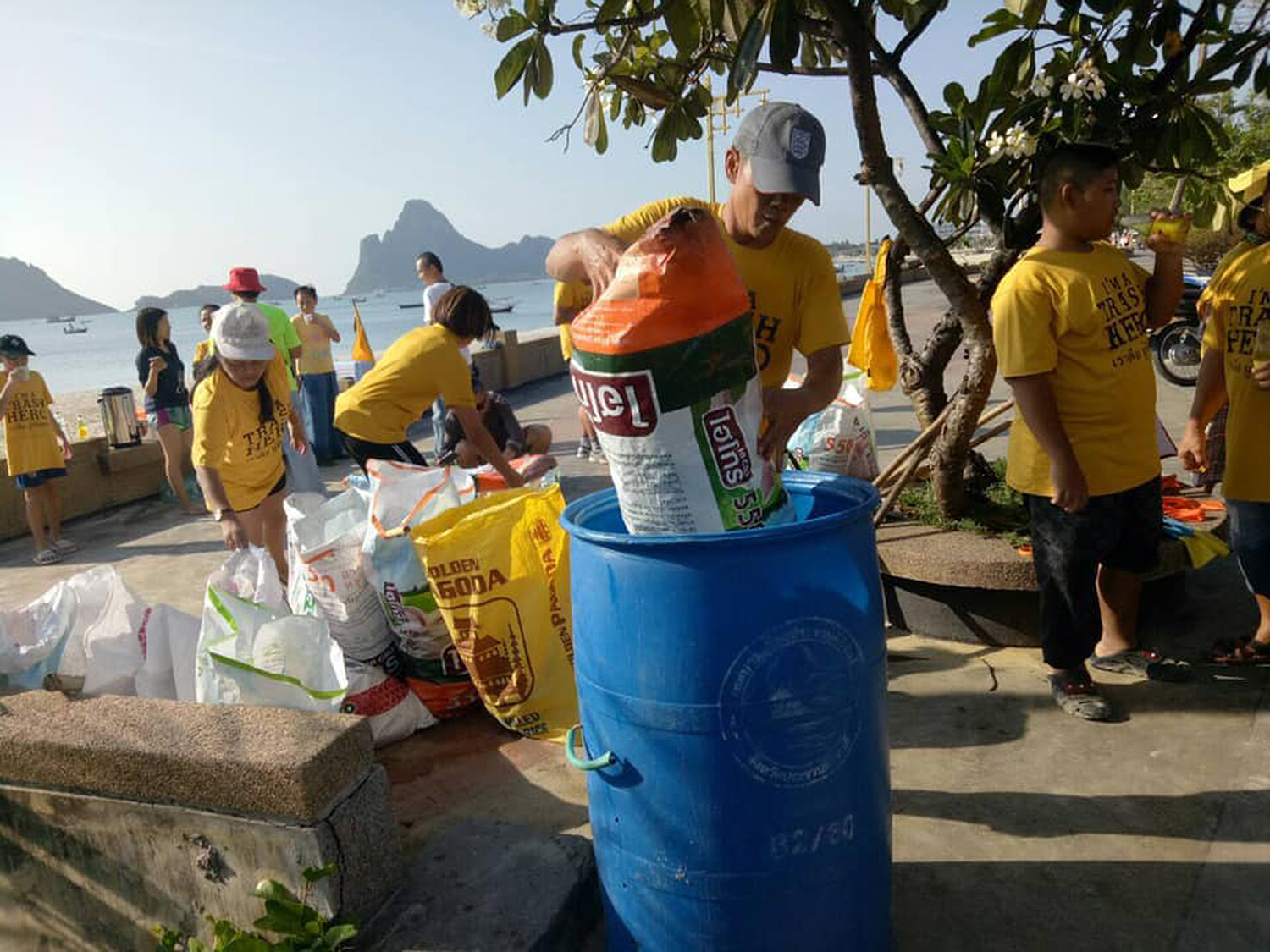 Ms Wimolphan took part in the Trash Hero projects in other areas where she was positioned, including Sawi and Lamae districts in Chumphon, and Hua Hin and Pranburi districts in Prachuap Khiri Khan, before her latest post in Muang district.

Her dedication has impressed former attorney-general Trakul Winitnaiyapak, who praised her on his Facebook page in April for "doing things without the desire for others to admire her."

"A big round of applause from me," he wrote.

Anybody who sees a woman collecting garbage on the town beaches might assume she was a municipality worker or a garbage collector.

"She's the chief prosecutor of Prachuap Khiri Khan," posted Mr Trakul, who previously occupied the post before moving up to the top position of the Office of the Attorney-General before retirement.