Auto-parts maker Somchai Wayrotepipat has agreed to pay 45 million baht in damages to the daughters and relatives of a police officer who was killed along with his wife in a head-on collision in Bangkok during the Songkran festival.

Thai media reported the deal was settled at the Sala Daeng police station in Bang Kae district on Thursday. Mr Somchai, his lawyer, relatives of the damaged family and their insurance agents were there to consider appropriate damages for the family following the collision that killed Pol Lt Col Chatuporn Ngamsuwichakul, 48, of the Crime Suppression Division, and his wife Nuchanart, 44, in mid-April.

Lawyer Weerawut Bamrungjai said Pol Lt Col Chatuporn's mother and a senior relative of Nuchanart would each receive 2.5 million baht in compensation for the financial support they would otherwise be receiving from the couple.

Their two daughters, aged 15 and 12, would get 15 million baht each. A trustee will be appointed by the Central Juvenile and Family Court to keep the money for them until they come of age.

The lawyer said Mr Somchai still felt guilty about the crash as he also had two daughters of school ages. Besides, he has quit drinking and driving, the lawyer said.

The 57-year-old businessman also gave 5 million baht each to the childhood families of the couple and paid 1.5 million baht for the treatment of the couple's younger daughter who suffered brain haemorrhage in the crash. The girl recovered and already returned to school.

The collision happened on Thawi Watthana-Kanchanaphisek Road at 11.30pm on April 11. Earlier Mr Somchai practised golf at a driving range and drank beer before driving his Mercedes-Benz E250 home. On the way he dozed off and woke after the crash. His blood alcohol measured 260mg/dL just after the crash with the couple's Suzuki Swift.

The owner of Thai Carbon & Graphite Co, claimed to be Southeast Asia's largest manufacturer of industrial brushes and mechanical carbon, became the first fatal drink driver charged with murder and attempted murder in accordance with the government's policy to curb drink driving during the Songkran festival.

Police at the Sala Daeng station insisted that they would still press the murder charges. 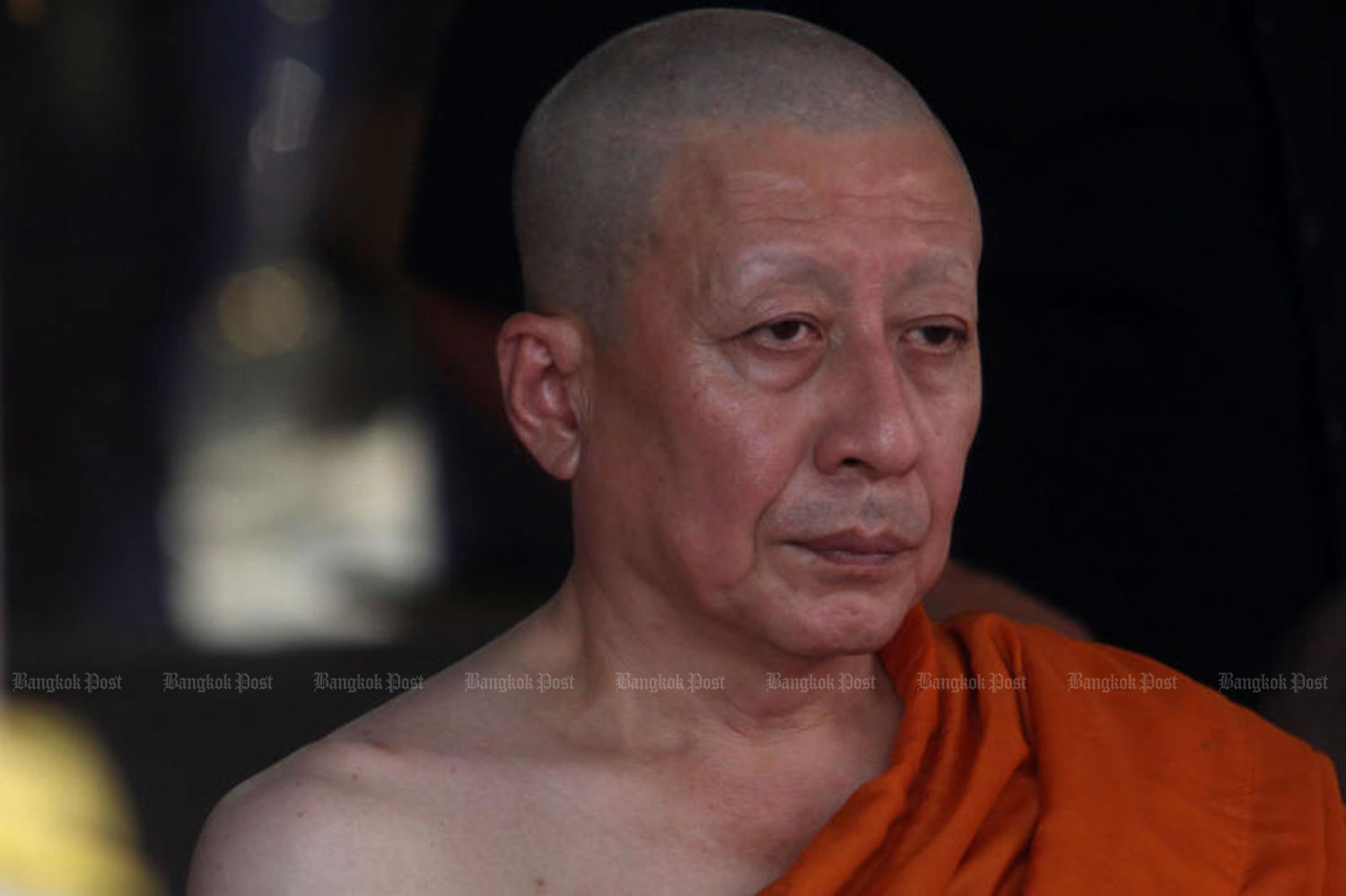 Somchai Wayrotepipat, 57, who was charged in connection with the crash, is ordained as a novice monk as part of his merit-making for the Ngamsuwichakul couple at Wat Trithotsathep in Bangkok on April 20. (Photo by Wichan Charoenkiatpakul)

NAKHON RATCHASIMA: Five police teams are hunting a masked armed robber who stole gold necklaces worth 1.9 million baht from a shop in the Tesco Lotus mall in Non Thai district on Tuesday evening.

NAKHON PHANOM: Two villages in That Phanom district have been placed under lockdown after a woman vendor was diagnosed with Covid-19 - the first infection in this northeastern border province.

Thai energy consumption in 2020 contracted by 5.8% from lockdown measures imposed to combat the pandemic and demand is expected to remain low with a 0.2-1.9% contraction this year.