Victory Momument is one of the six no-smoking zones in the capital establised by the Bangkok Metropolitan Administration. (Photo by Pornprom Satrabhaya)

City Hall established six no-smoking zones in the capital as a part of a pilot project to curb the rising numbers of new smokers in the country.

"The smoking restrictions come into effect immediately, and officers from municipal offices and as well as Bangkok Metropolitan Administration (BMA) will strictly observe and implement the ban," said deputy Bangkok governor Thaweesak Lertprapan on Wednesday.

"The floating market and Chatuchak Market 2 are now totally smoke-free, while smoking in the other four areas will be limited to designated smoking areas," said Mr Thaweesak.

"On Silom Road and Victory Monument, for instance, cigarette smoking is now prohibited within a 3-metre-radius of bus stops," he said.

"Offenders caught flouting the smoking ban may face a maximum fine of 5,000 baht for violating the 2017 Tobacco Control Act."

"Next, six schools under jurisdiction of the BMA will be designated as smoke-free zones in an associated pilot project," he said. 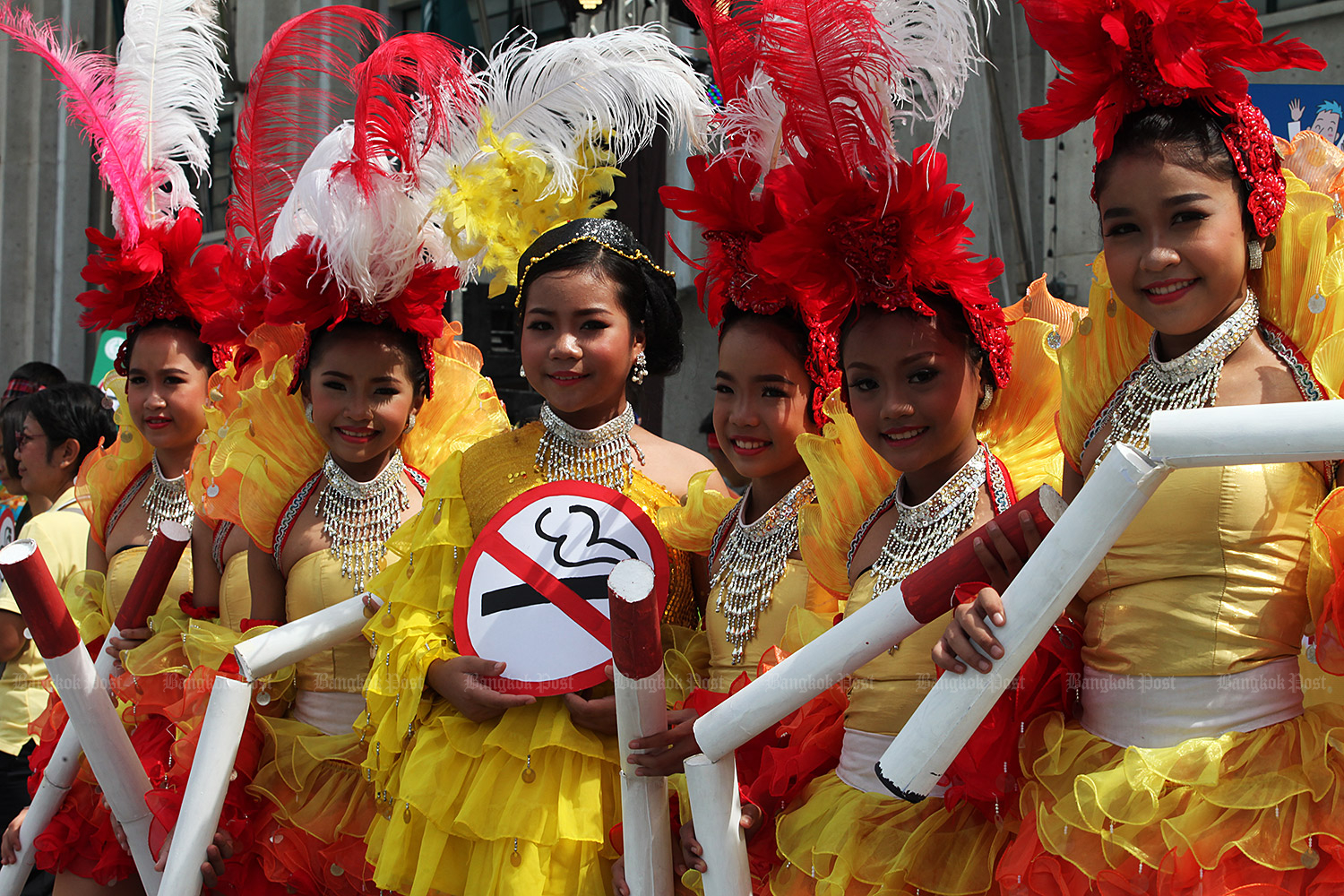 Say no to smoke: Youngsters in fancy costumes gather in front of City Hall to promote an anti-smoking campaign, marking World No-Tobacco Day tomorrow. City Hall is also introducing a smoking ban in a number of busy public areas. (Photo by Apichart Jinakul)