Crime Suppression Division chief Pol Maj Gen Jirabhop Bhuridej talks during the briefing on the seizure of imported luxury vehicles with forged registration numbers and registrations at the CSD's head office in Bangkok on Thursday. (Photo by Varuth Hiranyatheb)

Crime Suppression Division police have seized 10 imported luxury cars with forged vehicle registrations and false declarations worth about 120 million baht in total in the Central and East regions.

Some of the seized luxury cars had identification numbers taken from wrecked vehicles involved in crashes, said CSD chief Pol Maj Gen Jirabhop Bhuridej during a media briefing at the CSD’s head office on Thursday morning.

The CSD chief said those involved in the smuggling of imported vehicles had used various tactics to register the smuggled vehicles. Some of the cars were priced at 23 million baht each, he said.

CSD police began the investigation into the smuggling following complaints from people who noticed some of the icence plates matched those of their wrecked vehicles. The CSD also launched an investigation into car advertisements for luxury brands being sold at unusually low prices. 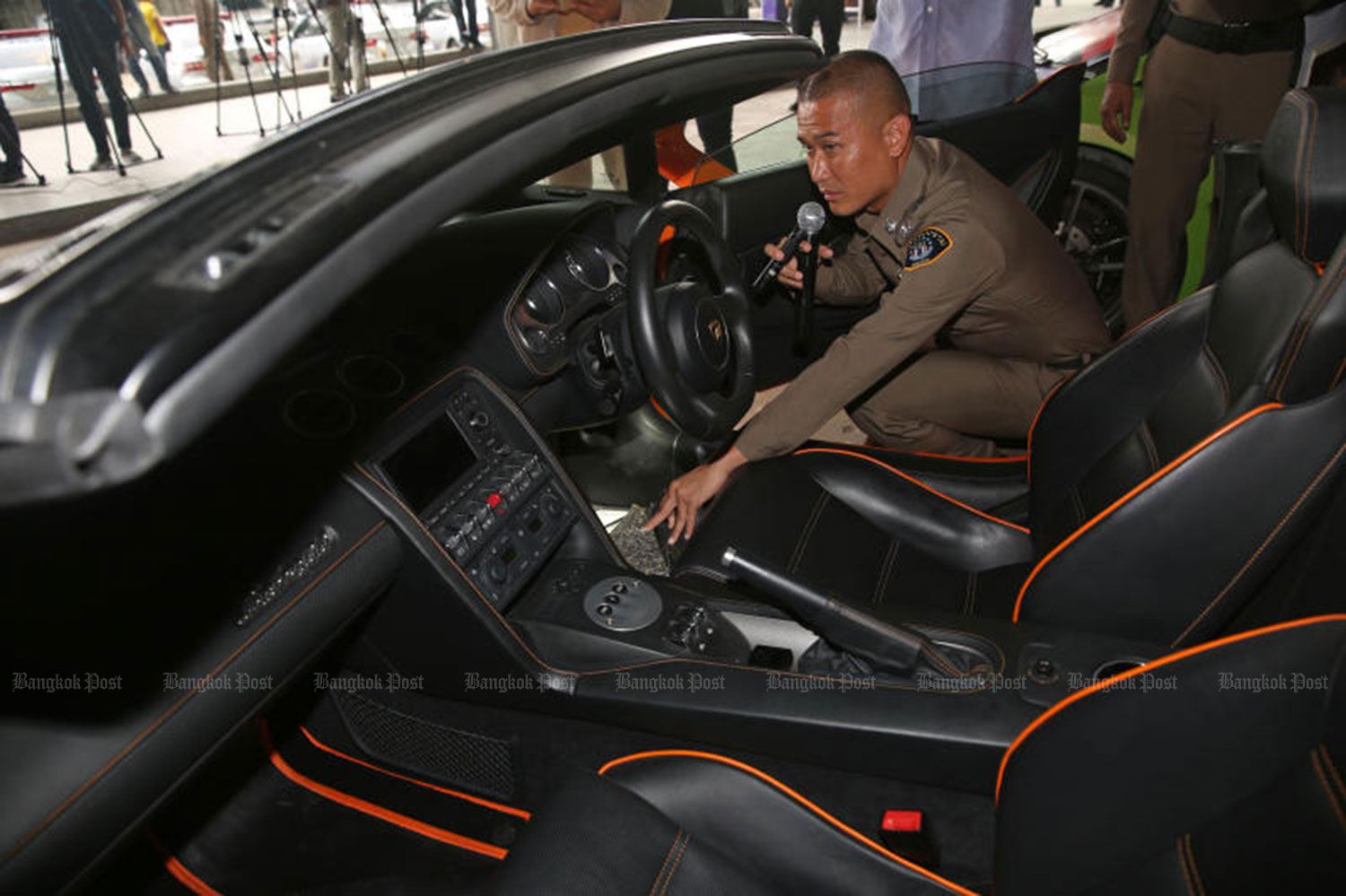