Natthathida Suchartpong shows gratitude to His Majesty the King at Thung Song Hospital in Nakhon Si Thammarat after she was accepted as a patient under royal patronage. (Photo by Nujaree Raekrun)

NAKHON SI THAMMARAT: "I am encouraged to fight the good fight," Natthathida Suchartpong said after she and her parents were informed that His Majesty the King has granted financial assistance for her medical treatment.

Natthathida was seriously injured during a regular training session at Nakhon Si Thammarat Sports School in Thung Song district on May 27. She collapsed during a practice session and a weightlifting bar hit her back.

The amateur athlete was immediately sent to Thung Song Hospital for emergency surgery and doctors said later that the damage to her spine and nerves could leave her paralysed.

Doctors told her parents, Nukul and Supaporn, that she might not be able to walk normally and she will need physical therapy at home when she is discharged from the hospital.

The father and mother fought to obtain the best treatment for their daughter, asking for help in letters to the district and provincial chiefs and the Thai Amateur Weightlifting Association of Thailand.

Natthathida, 16, studies in Mathayom 5 (Grade 11) at the sports school and represented the school in various youth competitions, including the Buriram Games in Buri Ram that ended on May 21.

She dreams that one day she could represent Thailand in international competitions and become an air force officer. But the injury could derail her career aspirations.

Natthathida and her family received unexpected news on Saturday. Col Sorat Samutthawanich, the director of Fort Thepasattrisrisunthon Hospital in Thung Song, told them that His Majesty has accepted her as a patient under royal patronage.

"Our family does not have money to cover her treatment," her mother Supaporn said on Saturday. "Our family is grateful to the King." 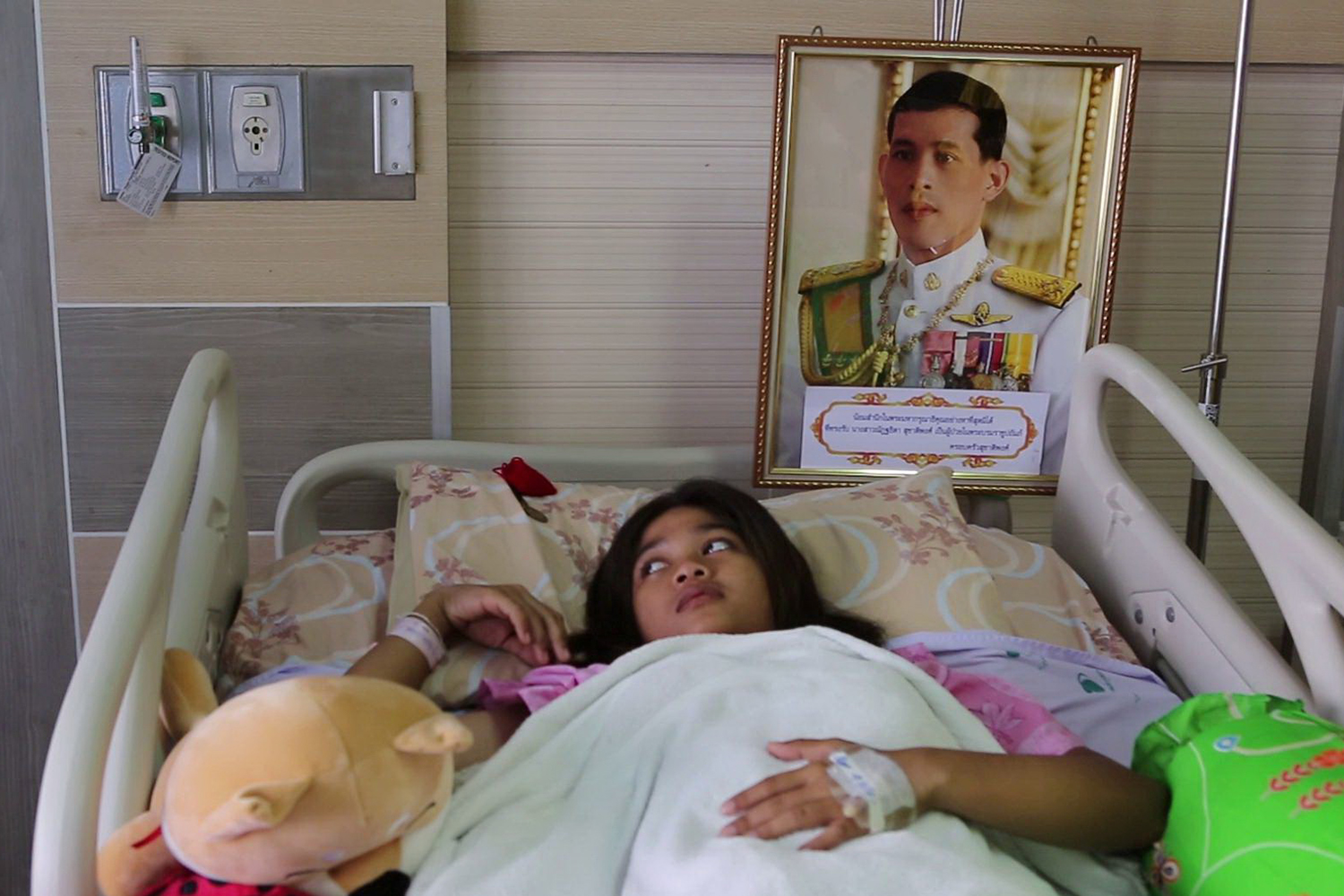 Natthathida Suchartpong and her parents have placed a portrait of His Majesty the King above her bed to show their gratitude and give her moral support. (Photo by Nujaree Raekrun)

Natthathida will be airlifted from Thung Song Hospital to Phramongkutklao Hospital in Bangkok on Tuesday in an air force plane from the base in Surat Thani.

With better medical equipment, her mother said on Sunday, the family hopes the girl will be able to lead a normal life.

"It is like a miracle because His Majesty the King is treating my daughter as a patient under royal patronage," Ms Supaporn said.

Natthida said on Sunday that the King gave her moral courage to fight the injury.

"One day, when I recover, I will do good things for the country and my parents. They take good care of me every day," the girl said.

She thanked the King and everybody else for their help.