An image taken from a video clip shows the fire at Chatuchak weekend on Sunday night. (Younes Parvin via AP photo)

An explosion in an electrical transformer inside Chatuchak market could be behind a fire that hit the world-famous emporium on Sunday night, police said on Monday.

Pol Maj Gen Ekkachai Boonwisut, commander of the Metropolitan Police Bureau Division 2, said witnesses saw a spark at a transformer shortly before the blaze at the market.

Forensic police and officials of the Metropolitan Electricity Authority (MEA) are at the scene to determine the cause of the fire.

The fire started around 9.30pm and firefighters were able to bring the blaze under control within an hour. An earlier report in the Bangkok Post said two persons were injured but police said on Monday that they had received no reports of injuries. 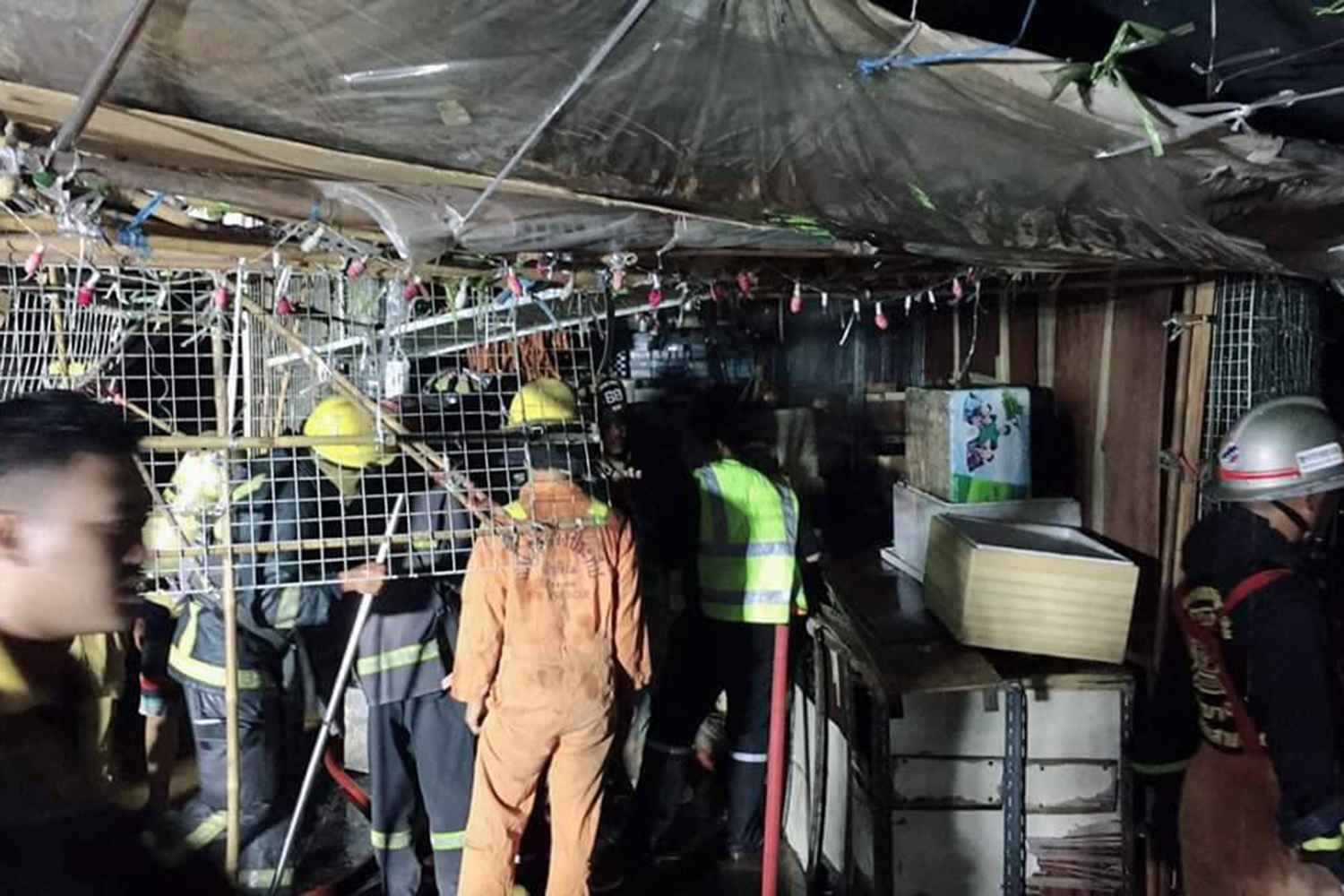 Firefighters and volunteers inpect the damage after they put out a fire at Chatuchak market on Sunday night. (Photo from @fm91trafficpro Twitter account)

City Hall governor Aswin Kwanmuang said 110 shops in Blocks 22 and 25 -- covering an area of 8,000 square metres -- were damaged by the fire. The Bangkok Metropolitan Administration (BMA) will pay each shop 10,000 baht in compensation and set up makeshift tents for free for them to sell their products for a year, he added.

Police taped off the area damaged by the fire for police and MEA officials to conduct an investigation. Pol Gen Aswin said the probe will be completed in two days.

The BMA will not assess the damage until the the police investigation is finished and workers from City Hall are allowed to enter the area.