Former pop singer Prissana “Pookie’’ Praisaeng is interrogated over her alleged involvement in the drug trade on Tuesday. (Photo by Apichit Jinakul)

Authorities have extended an investigation into the money trail of major networks trafficking drugs to Taiwan following the arrest of former pop singer Prissana “Pookie" Praisaeng and her husband for allegedly selling 5.2kg of ketamine to a Taiwanese man.

Pol Maj Suriya Singhakamol, deputy secretary-general of the Office of the Narcotics Control Board (ONCB), said on Wednesday that Taiwan has now become a major market for crystal methamphetamine. The drug was also shipped to Australia, Japan and South Korea.

The ONCB has closely investigated Taiwanese drug trafficking networks for almost a year and found drug traffickers have been entering Thailand under the guise of businessmen, Pol Maj Suriya said.

His remarks came after the arrest of Taiwanese man Hung Cheng Yi, 28, with 5.17kg of ketamine hidden in 39 boxed ash trays at Gold Airport Hotel in Bangkok’s Lat Krabang district near Suvarnabhumi airport.

During the interrogation, the suspect named Prissana and her husband as drug suppliers.

Prissana or Priscilla “Pookie’’ Gemelli, 40, a former heartthrob Thai-Australian singer, was arrested with her husband Cholawit Keetatrakul, 49, at a house in The Terrace housing estate on Soi Ram Intra 65 in Bang Khen district on Monday night. Quantities of of crystal meth, ketamine, speed pills, and marijuana were seized from the house. 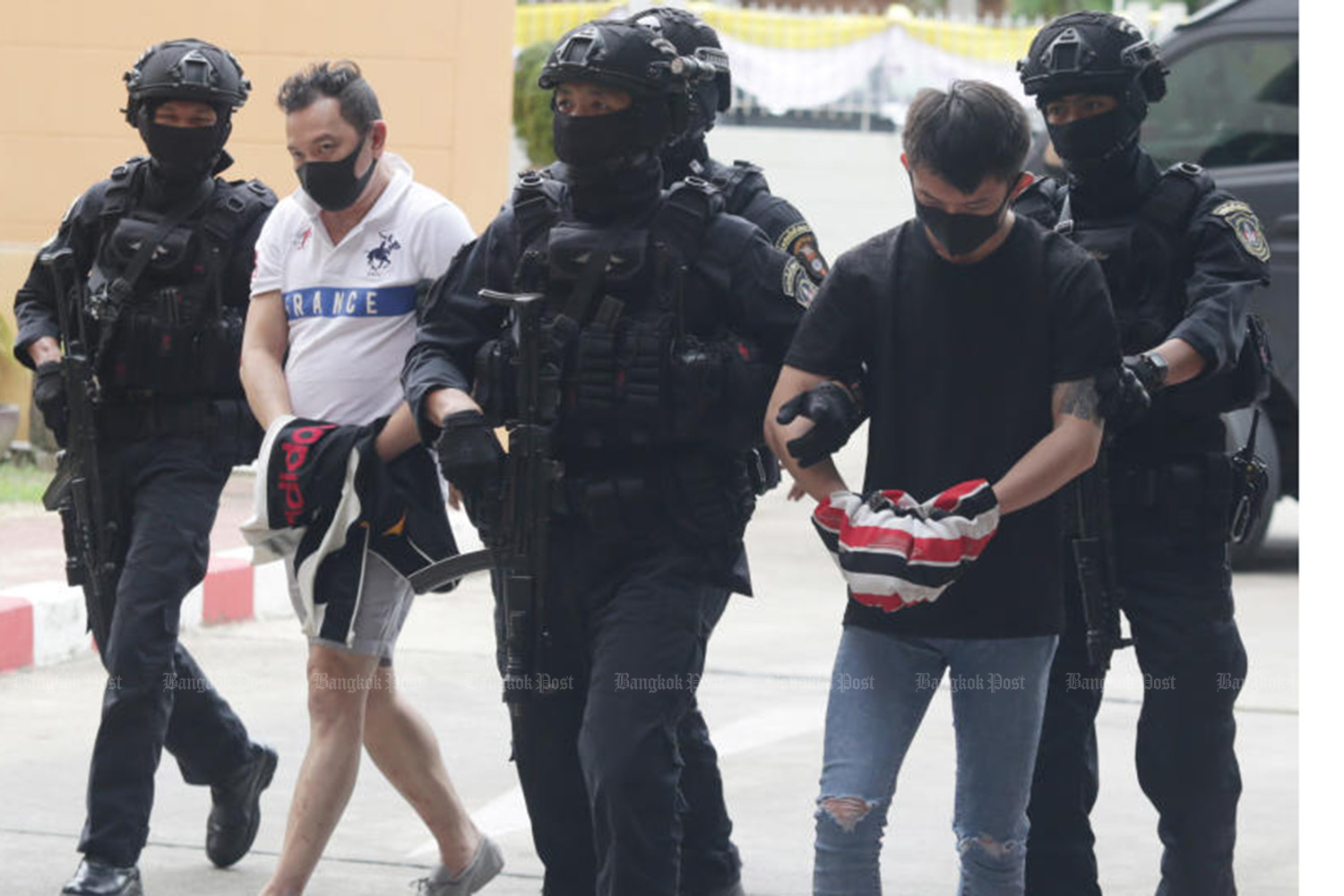 The ONCB investigation found that illicit drugs had been smuggled out of the country using several methods, including inserting crystal meth into the linings of jeans which were later exported. Drugs were also stuffed in boxes of cooling powder, packs of instant noodles and hidden in loudspeakers.

The investigation also found that members of Taiwanese drug networks had entered Thailand frequently. The networks had begun making payments for drugs earlier this month, he said.

The ONCB had already supplied information to its Taiwanese counterpart, he added.

Although the drug networks were large-scale, Pookie and her husband were relatively small-time dealers, he said. The pair got involved in drug trafficking with the Taiwanese suspect after ONCB officials' recent seizure of 1.5 tonnes of crystal methamphetamine in Pathum Thani province, which led to a shortage of drugs in the market.

Members of the Taiwanese drug trafficking networks then sought out smaller agents for crystal meth and other substances, leading to Pookie's arrest, said the ONCB deputy secretary-general.

"There are several drug networks. We have obtained clues that Taiwanese drug networks are using Laos, Myanmar and Vietnam as transit routes. The ONCB has worked closely and exchanged information with its counterparts in those countries,’’ said Pol Maj Suriya. 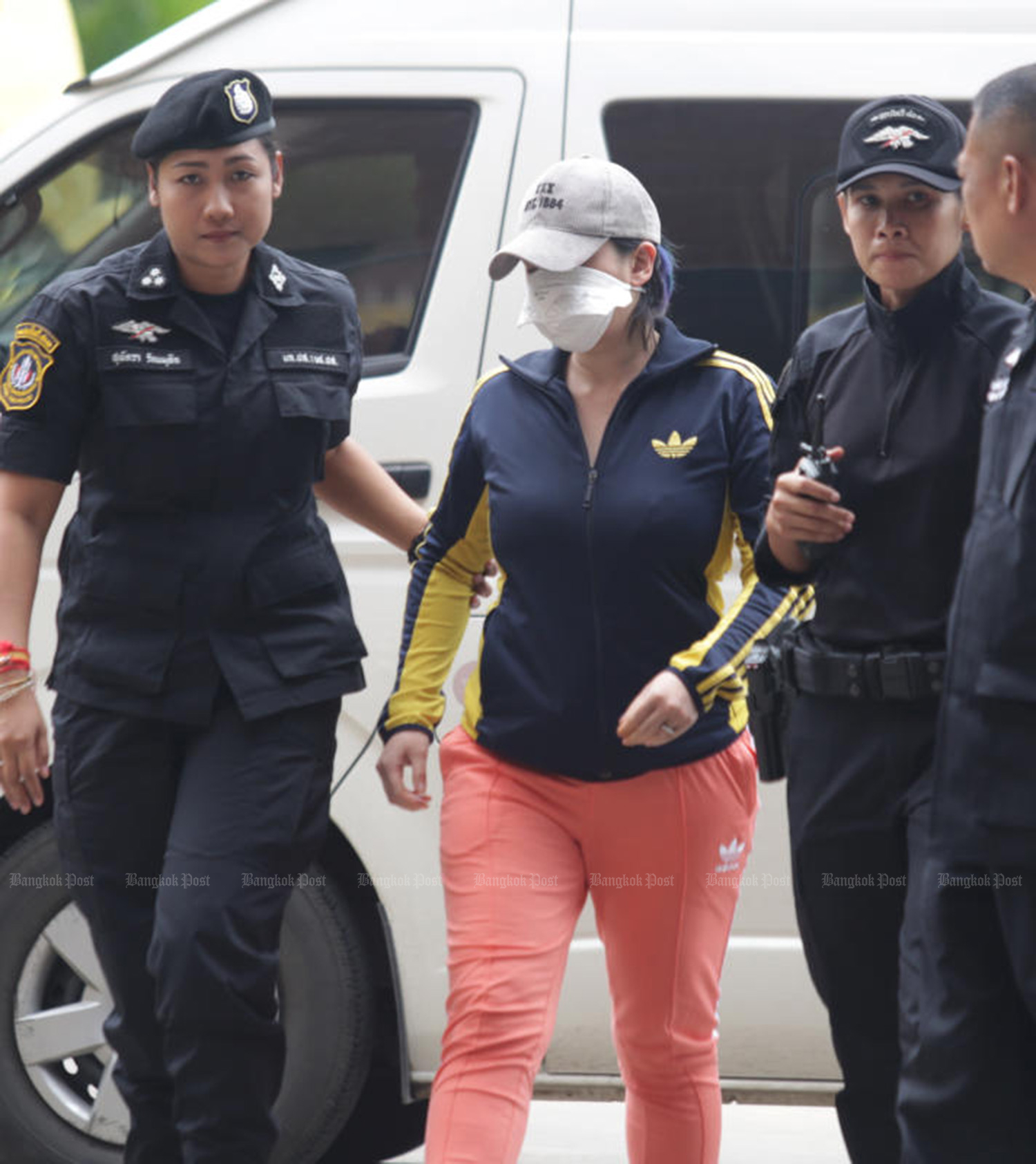 Central Pattana Plc and Siam Piwat Co confirmed they are ready to comply with requirements if the government lets more businesses reopen in the third stage of lockdown easing.