Two caught with 59kg of crystal meth in tyres

A sniffer dog detects drugs in a spare car tyre of two pickup trucks stopped for a search at a joint checkpoint in Sangkhla Buri district, Kanchanaburi, on Thursday. (Photo by Piyarat Chongcharoen)

KANCHANABURI: Two men have been arrested after 59kg of crystal methamphetamine worth at least 60 million baht were found in the tyres and secret compartments of their pickup trucks at a joint checkpoint in Sangkhla Buri district.

A team of soldiers, police and local officials manning the checkpoint on Rantee bridge in tambon Nong Lu on Thursday stopped the two pickup trucks with Kanchanaburi licence plates for ID checks and a search.

Phitsanu Muentrut, 29, driver of the first pickup truck, was wanted under an arrest warrant for alleged embezzlement. The warrant was issued by police in U Thong district of Suphan Buri, said police at the checkpoint.

Mr Phitsanu was detained and asked to undergo a urine test. He tested positive for drug use.

This prompted officers to search his pickup truck and found 22kg of crystal methamphetamine hidden in a secret compartment near the driver’s seat and a spare car tyre.

The officers also searched the second pickup truck and found 37kg of crystal methamphetamine hidden in two secret compartments inside the vehicle and in a spare car tyre. Driver Sakornkarn Ketsri, 29, was caught.

The two suspects, who were believed to be of the same group, were handed over to Sangkhla Buri police station to face drug charges.

Col Sarawut Chaiyasit, commander of the Lad Ya military task force, said the seized crystal methamphetamine was worth at least 60 million baht in the country and more abroad, he added. 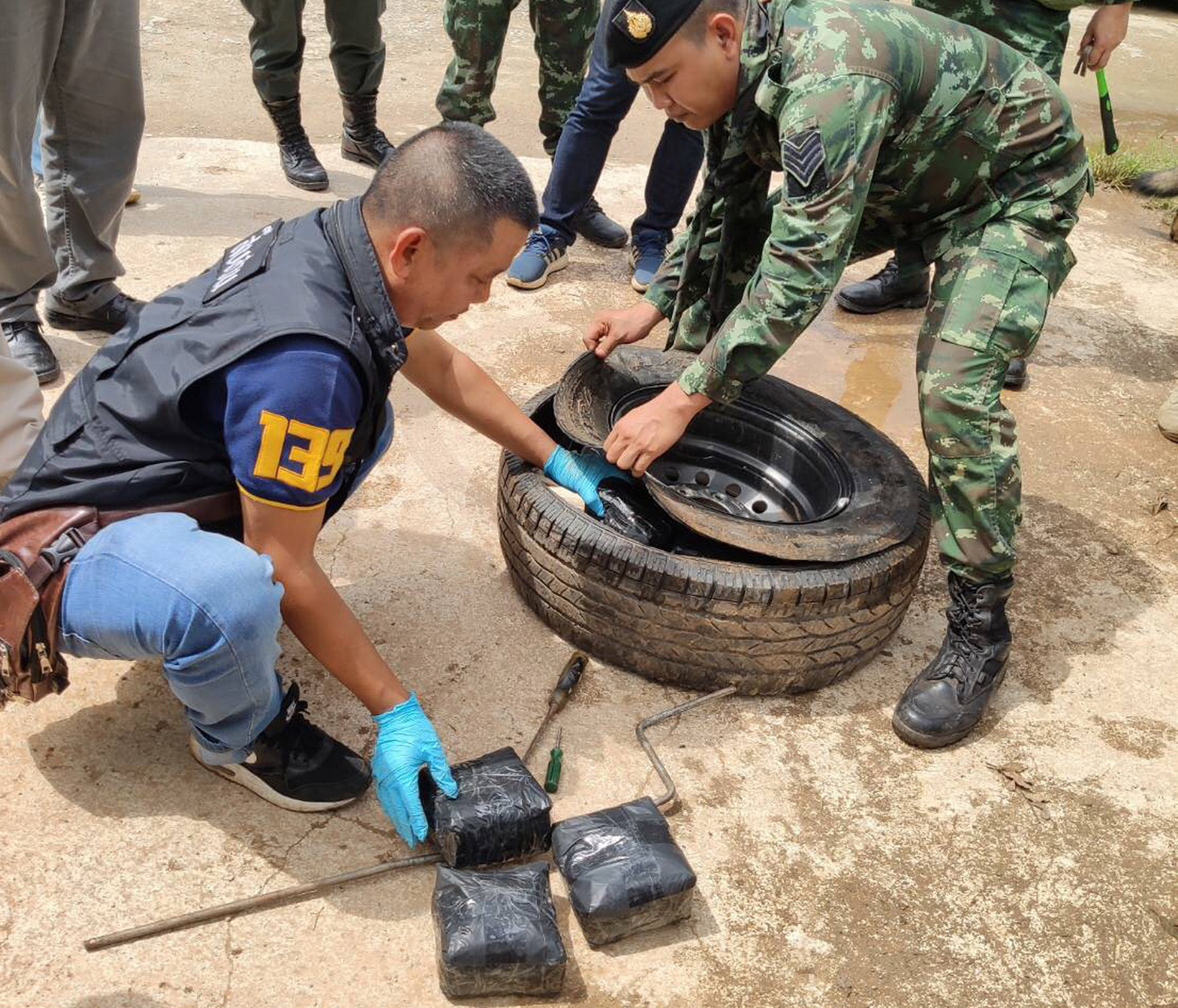 Many packs of crystal methamphetamine are taken from a car tyre. (Photo by Piyarat Chongcharoen) 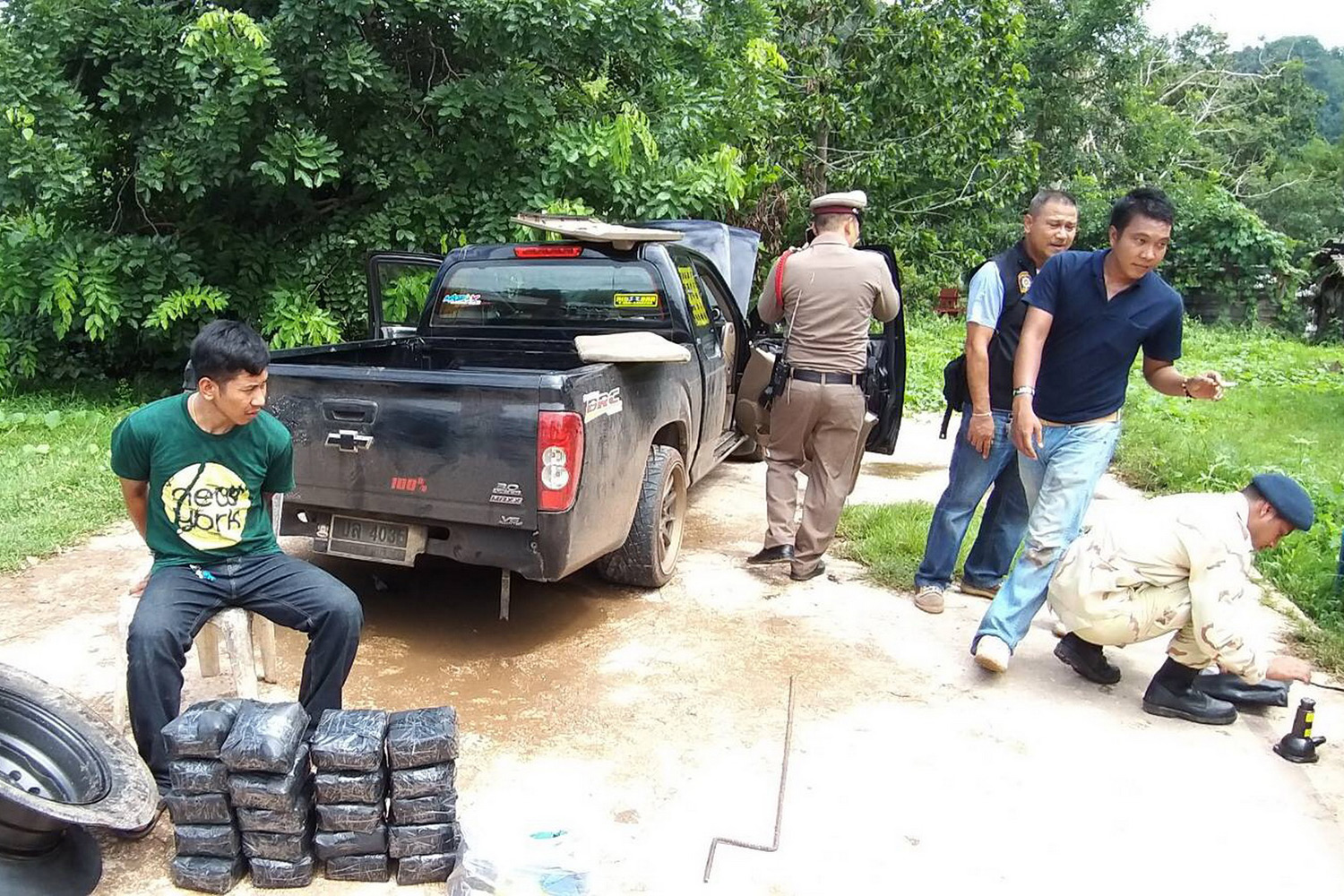 One of the two drivers looks at officers while they are checking car tyres. (Photo by Piyarat Chongcharoen)