"The Nano Shoes attract mosquitoes, which fly towards the trap only for their feet to be covered in a proprietary blend of insecticide," said Suracha Udomsak, the vice-president of SCG Chemicals on Monday.

"We chose the name 'Nano Shoes' because the larvicide adheres to the feet of the mosquitoes."

"Upon landing on a breeding site, these chemicals immediately react and inhibit the growth of mosquito eggs and larvae."

The innovation, Mr Suracha said, is made possible by advances in the field of biotechnology and nanotechnology.

"We incorporated lab-cultured BTI larvicide -- which is a naturally produced by Bacillus thuringiensis israelensis -- into nano particles that our researchers have developed for the purpose," he said.

After the signing of the MoU, the joint-team plans to carry out field research in Chanthaburi province, as well as Map Ta Phut district in Rayong province, to study the effectiveness of the traps and ensure that the innovation will not cause any harm to humans and the environment.

"The project is expected to be completed by February 2021," said Mr Suracha, who added that only then will the company decide on how to release the product to the market.

"That said, this innovation is not purely driven by profit," he said. "We want to use our know-how to help take care of communities where mosquito-borne diseases are still widespread."

Dr Opart Karnkawinpong, the chief of the Department of Medical Sciences, said that the joint-research is good opportunity to improve the government's ability to develop further innovation in the field public health.

"We hope that this innovation will increase the country's economic potential by saving people from mosquito-borne diseases," he said. 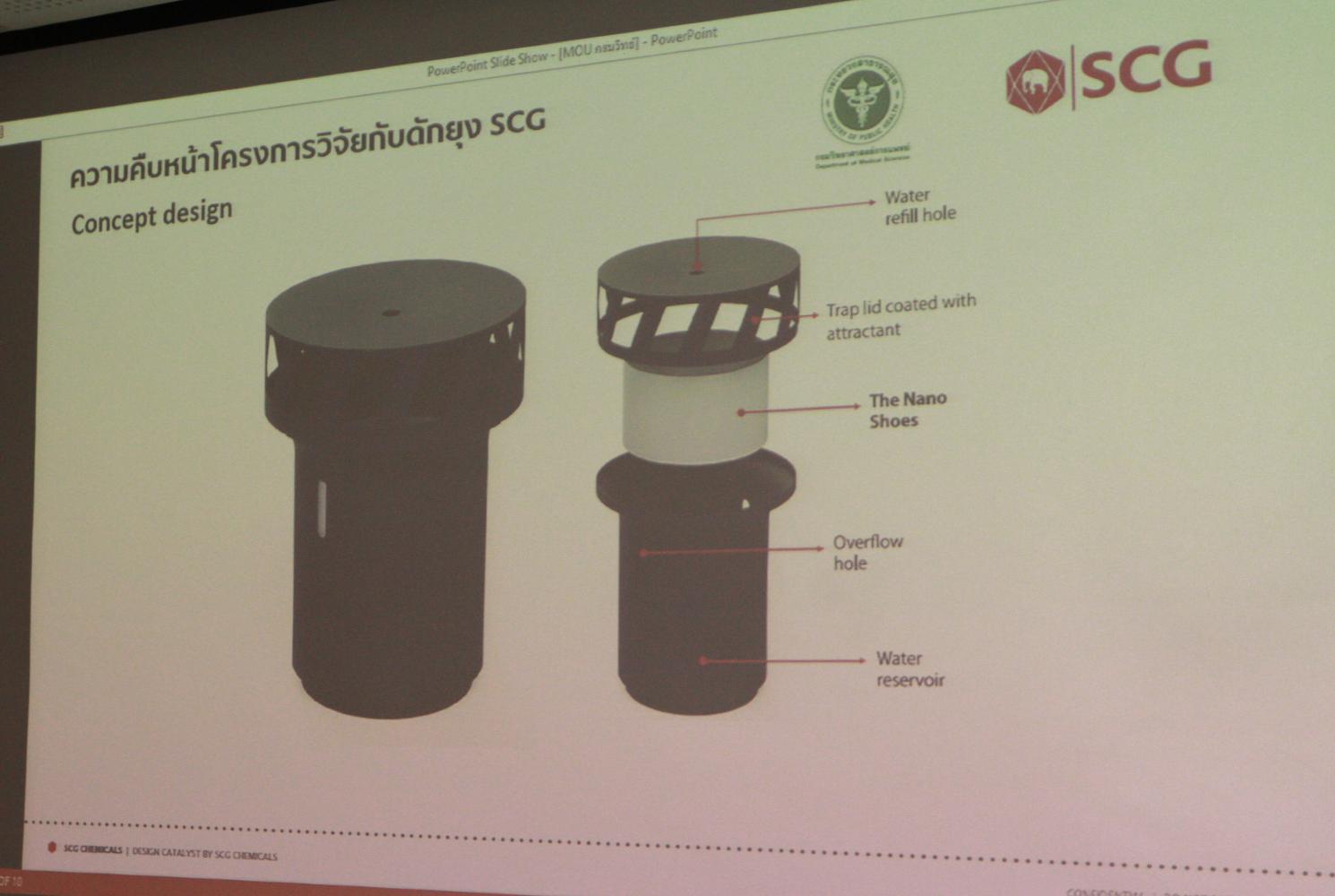 The trap in which mosquitoes dip their feet in water mixed with 'Nano Shoe' powder. photos by Pawat Laupaisarntaksin

The World Health Organisation estimates that there are about 100 million cases of dengue fever reported annually, and most of the cases are reported in Continental Asia.

Thailand's Ministry of Public Health recently said that in terms of the number of confirmed cases, this year's dengue fever outbreak is the worst in five years.

In the first six months of this year, 28,785 confirmed cases were recorded and 43 lives have been lost to dengue fever. Last year, the number of cases stood at about 14,900, with 19 deaths reported.

The Department of Disease Control said Trat has reported 458 cases of dengue fever since the start of the year -- the highest number reported by any province in the country -- followed by Ubon Ratchathani, Samut Sakhon and Nakhon Pathom.