Chavarin Latthasaksiri arrives at the Criminal Court in Bangkok in August 2016 to seek postponement of its ruling on his embezzlement case, claiming he was borrowing money to make repayment. (File photo by Pornprom Satrabhaya)

The Supreme Court has upheld a two-year prison sentence for former deputy education minister Chavarin Latthasaksiri, 72, for the theft of 11 million baht in 2014.

The Supreme Court's judgement was read at the Criminal Court on Wednesday.

Chavarin, a former Pheu Thai MP for Ratchaburi, was on bail and arrived at the court in company with some supporters.

Prosecutors accused him of embezzling US$352,781 (11.43 million baht) that Cambodia-based Bangkok Petrochemical Co (BPC) paid to buy cement from TPI Polene Plc on May 5, 2014.

TPI Polene issued an invoice via email for the customer to transfer payment to its TMB Bank account. Chavarin and accomplices still at large changed details on the invoice, replacing the TMB account with a Krungthai Bank account of the Thai and Chinese Buddhist Culture Association at the Krungthai Bank's parliament branch. He was chairman of the association.

The cement customer then transferred the money to the new bank account, and Chavarin managed to withdraw the entire sum the following day, May 6, 2014. He refused to return the money to BPC.

In 2016, the Criminal Court sentenced him to one year and six months in jail for embezzlement and ordered him to return the money, but acquitted him of a computer crime charge. Chavarin was released on bail of 1 million baht.

In 2017, the Appeal Court sentenced him to two years in jail, finding him also guilty of computer crime for changing the details of the recipient bank account. He was released on bail of 1 million baht pending appeal to the Supreme Court.

The Supreme Court rejected his argument that prosecutors and the BPC had no authority to prosecute him in the case. It upheld the Appeal Court's sentence, and order for the money's return.

After hearing the ruling, Chavarin still denied the embezzlement, saying he had been an MP and minister several times. He said he had only received the transferred money, to pay for the construction of a Guanyin statue for the Buddhist culture association that he chaired.

Chavarin was being processed for admission to Bangkok Remand Prison. 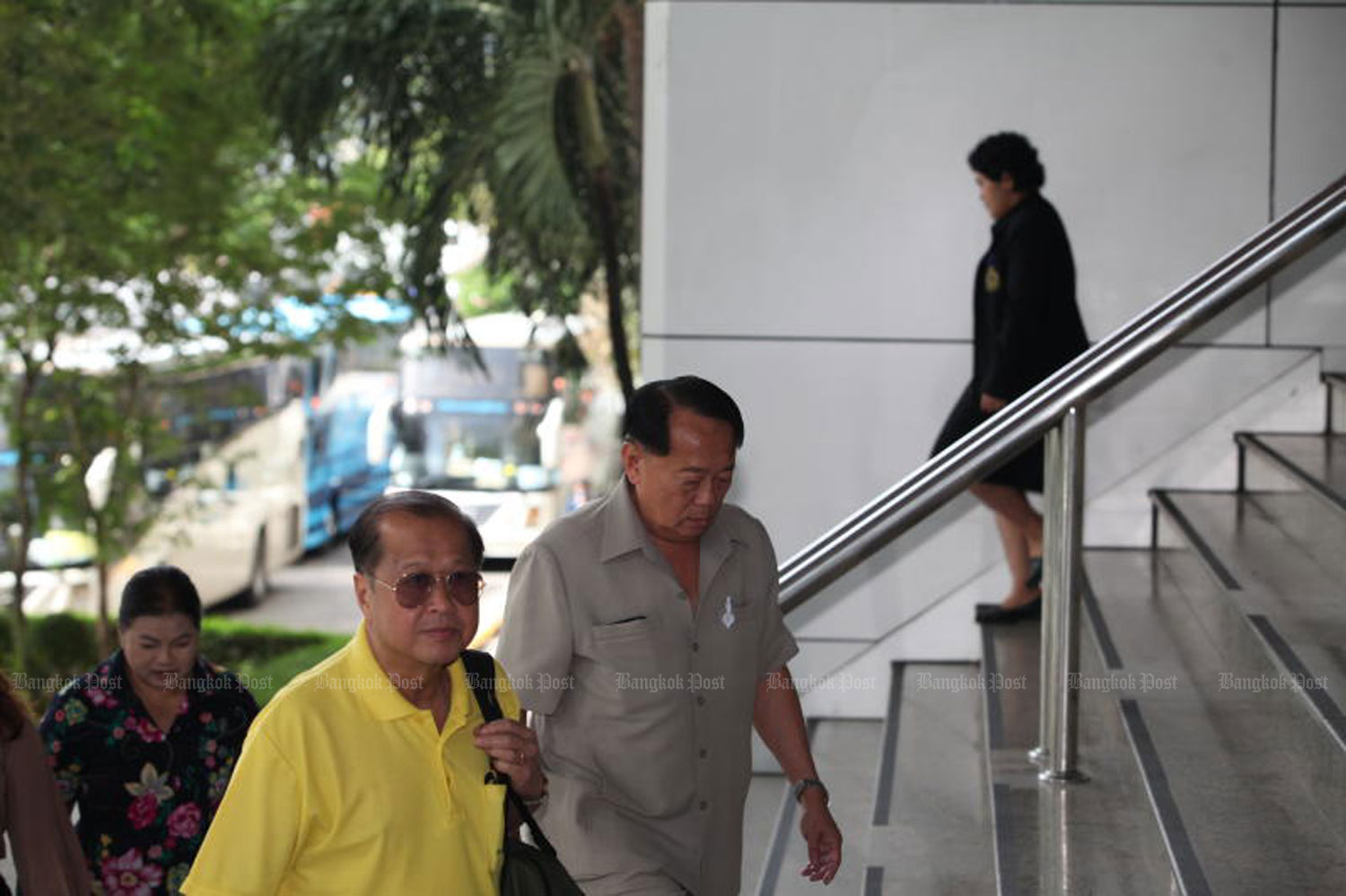 Chavarin Latthasaksiri, centre, arrives at the Criminal Court in Bangkok on Wednesday. (Photo by Apichart Jinakul)

Live updates on the vote count in Sunday's election for Bangkok governor.

A group formed to claim insurance pay-outs owed to them by Syn Mun Kong Insurance (SMK) is looking to stage a gathering on Monday after the company’s rehabilitation petition was accepted by the Central Bankruptcy Court on May 18.