The attack occurred on Ban Thon-Bacho Road in Ban Doo Koo village of tambon Bacho about 6.30am.

Explosives inside a cooking gas cylinder placed in roadside scrub were detonated by radio as two vehicles carrying paramilitary rangers were passing. One was a six-wheeled truck carrying six rangers and the other an armour-reinforced pickup truck with four rangers.

They were heading for Chulabhorn camp in Muang district to pick up women rangers for a merit-making event at Wat Mai Kaen in Mai Kaen district of Pattani province.

The armoured pickup truck was leading the bigger truck and took the impact of the explosion. Its windshield was broken and its left side peppered by shrapnel. Three rangers in the truck suffered chest pains and hearing impairment.

Shrapnel also damaged a house and another pickup truck about 50 metres from the blast spot. Authorities blamed insurgents. 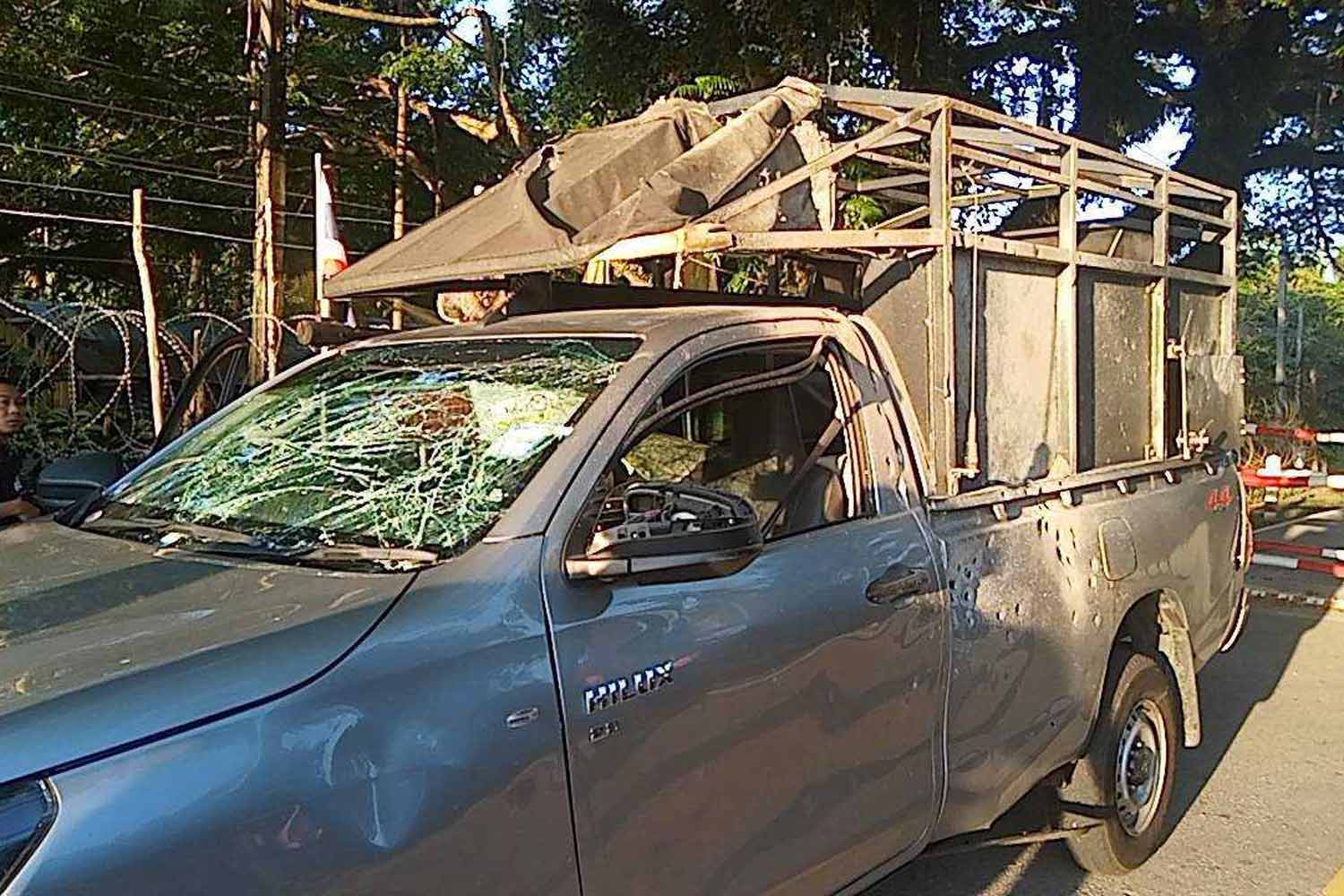